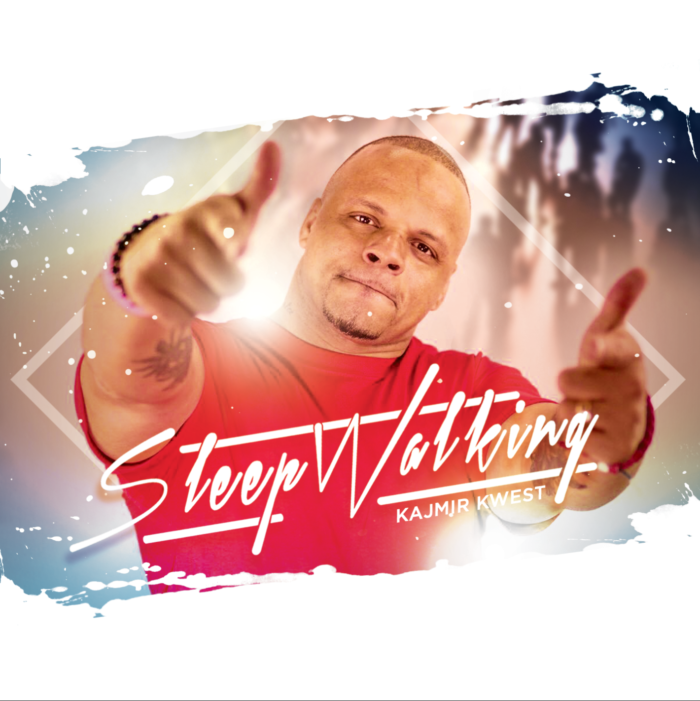 Kajmir Kwest – A Man, a Boy and a dream

“I believe I owe my life to people that will soon walk and live in similar beginnings that I have.  No matter our beginnings, it’s usually the rough experiences that make us believe we have nothing to offer. It’s the rough, tragic thing that will elevate people to the understanding of their purpose in this life and give them hope.”- Kajmir Kwest

A man, a boy and a dream. Hailing from South Central Los Angeles, Kajmir Kwest’s beginnings shaped what would soon become the rhythm to the beat featured on his release, Elevators. Born as Jerry Lee Thompson, Jr., Kwest’s quest to find his voice as a Christian rapper didn’t start as smooth and straight as it would appear to a bystander. Often carrying a genuine smile and a warm hello, his demeanor overpowers the pain, the heartache and the struggle of his yesteryears.

From the beginning, Kwest’s identity was challenged after being birthed into a tumultuous relationship between a homosexual man and a lesbian woman who mistook the other for the opposite sex. Learning of his father’s being didn’t come until 12 years old, as he was absent during Kwest’s formative years. Some would view his very existence as a grave mistake, but Kwest would soon learn about destiny and it’s purpose in his own story.

He began his journey in hip-hop in the secular realm, sharing stages with known rap artists including Dogg Pound, Knocturnal, and Lighter Shade of Brown. While the notoriety felt affirming, his desire to reach new audiences was solidified after signing to Elektra records. Although the thrill of being a signed artist was exhilarating, the effects of fast living and poor choices began to take its toll. His hardcore lyrics of womanizing, drugs and drinking soon intertwined into his reality and Kwest found himself alone in prison. With a young son who he’d witnessed repeating those same destructive lyrics, Kwest found himself ashamed and afraid of the impression he was making on his child – his only son. He felt a strong urge to revisit his dreams and utilize his talents for a greater purpose, changing his destiny forever.

Before taking a two-year hiatus from music, Kwest decided that his life and gift of rap was best used for God. He studied the Apostles Doctrine and began to understand how his story was designed to reach a new audience.

He released his first Christian rap album Remixed, Renewed, Remade, which was built on Romans 12:1-2. From this album he created his music production company Triple R Muzic. His newly found display of his faith gained buzz around his hometown and he was soon performing at Bible colleges, churches and juvenile detention centers. A year later, Kwest released his second project Pain Perfecting Me, which featured seasoned producers like K-Drama of Cross Movement, who had worked with Grammy winning rappers like Lecrae.

In 2013, Kwest relocated to Wichita, Kan. after receiving a job promotion. His passion was still growing to spread the message of Christ. He released his third EP Perfectly Imperfect which sparked interest in the community and helped him establish himself as a notable rapper in the Midwest. Continuing work to network and grow his brand, he released his album Elevators in October 2017. Elevators has been described as a movement, the way he explains his purpose in life to assist people moving to a higher level with Christ. It is the way he explains his destiny – his story.

His passion for ministering to the hearts of people in practical messages is apparent in his fifth project, Sleepwalking, released this year featuring Dove award winning artist Da’ T.R.U.T.H. His new project is an alarm for those stuck in the monotony of daily living failing to connect actions to spiritual responsibility.

In 2020 he will release his first book and a new album discussing his life and upbringing in detail, entitled The Signature. There’s much more to come…