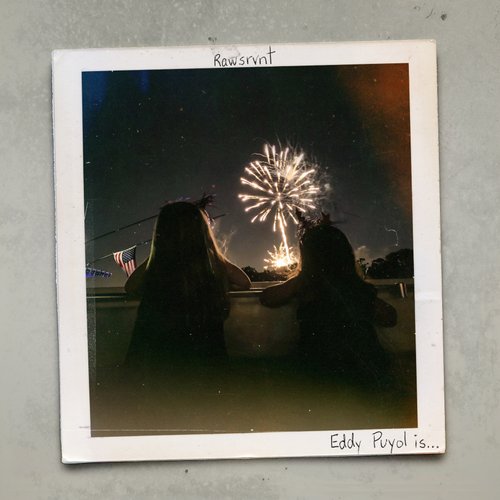 On new EP, Rawsrvnt reveals who Eddy Puyol is…

Many people recognize the name Rawsrvnt (even if they still have a hard time spelling and pronouncing it.) After all, he’s released nine music projects, been a part of record-setting tours, and licensed several of his songs to enhance media coverage of sporting events in NASCAR, the NFL, CFL, and NBA. Shoot, the guy was even once cast as a bachelor on a Donald Trump-produced reality-TV dating show.

But it’s likely you don’t really know who Eddy Puyol is. At least until now.

With his tenth release, Eddy Puyol is…, Rawsrvnt is sharing his most personal collection of songs to date. On it, he reveals the man behind the moniker and lets listeners hear what his life is like when he steps off the stage.

Whether it’s processing the pain of divorce, celebrating his Cuban heritage (with the artist’s first ever Spanish-language song), or simply creating a new anthem for athletic endeavors, Rawsrvnt believes something about this EP just “feels different.”

“I love that Rawsrvnt has been my public persona since the early 2000’s but it’s time I shared more of myself with audiences,” the artist said. “So that’s what Eddy Puyol is… – a clearer picture of who I am at this stage in my life.”

The self-portrait theme even extends to the project’s cover art. The central photo is of Rawsrvnt’s two young daughters watching Independence Day fireworks on the family’s boat. It was taken by the artist on his July 4th birthday with his favorite golf course in the background. The text was hand lettered by his mother – a surprise addition by the graphic artist, Edward “Spec” Bayonet.

“It doesn’t get more family than that,” Rawsrvnt said.

Written by: Sketch the Journalist