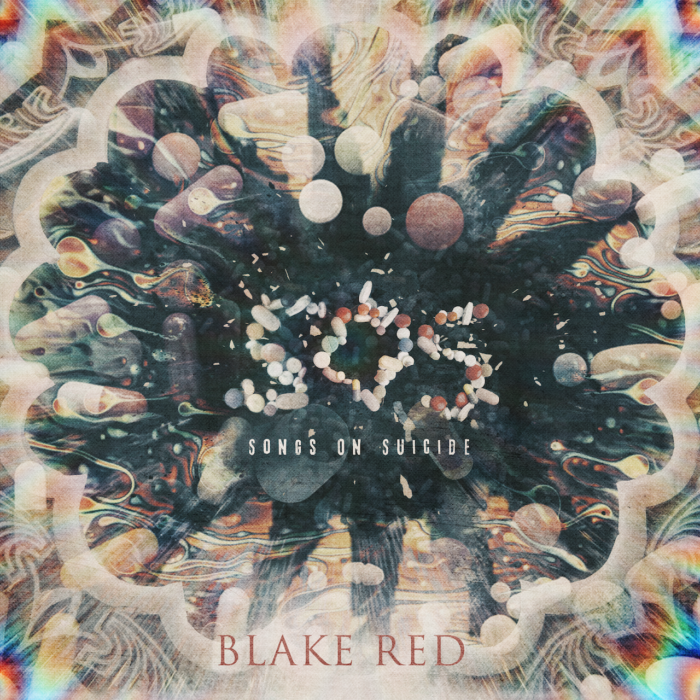 With a spectacularly explosive sound and something truly genuine to say – BLAKE RED is set to detonate and break the internet with a gripping debut EP. Shining a bright light on the darkness of depression in incredibly bold ways that prove just how unafraid she is to speak her mind and lead the way to a better tomorrow for us all – S.O.S. (Songs on Suicide) is a powerful demonstration of music at its most necessary.

Highly anticipated, Blake Red’s first EP is officially set to be unleashed on October 25th, 2019. No coincidence that her record drops in Depression Awareness Month – Blake is a seriously determined & extremely talented artist altruistically creating songs that combine her passions as a musician & mental health advocate. Writing extraordinary material that dives deep into her own personal struggles with anxiety and depression, S.O.S. (Songs on Suicide) reveals a level of depth & honesty that most artists & bands will never even come close to achieving in their entire career – and BLAKE RED is still just getting warmed up.

Through four gripping & gritty songs that create one massively ambitious concept, her debut EP surges with lyrical conviction and uniquely cutting edge Alt/Rock/Metal. Designed to educate the masses on the importance of mental health & suicide prevention, every bit as much as it is to straight-up entertain, the music & words of S.O.S. (Songs on Suicide) are loaded with intensity & honesty that cannot be denied.

Track-by-track, Red takes listeners on a savage & severe journey right into the sonic heart of mayhem & madness, cutting to the heart of what it’s like to be locked inside a downward spiral that seems fully beyond control. Highlighting the personally destructive potential that exists within each of us all; every song furthers the story and fuels the entire concept with burning realism in remarkably relatable ways, reflecting the scorching torment and brutal thoughts that race through the mind at the heights of mania.

As scathing of an experience as S.O.S. (Songs on Suicide) can certainly be through its widespread array of raging emotions, it also serves an inspired purpose – it highlights BLAKE RED’s own survival and provides the blueprint for others to climb out of the depths of despair, no matter how far they’ve fallen. The fact that she’s still alive today and has found a way to live out her dreams and truth as one & the same is not only a personal achievement – it’s 100% audible proof that we can all rise above our own circumstances. It’s confirmation that none of us are alone…that we’re all in this together…that we share both tragedy & triumph – and that even when we feel the most isolated, we’re much more unified than any of us know.

Recorded at the amazing Clear Lake Recording Studios in North Hollywood, California, and co-produced by the legendary, Grammy Award-winning producer Darryl Swann – no stone’s been left unturned in the impressive attention to detail, and no quarter has been spared in BLAKE RED’s pursuit of artistic integrity. Ready to share her past demons in a blazing audio fire of sonic rock-awesomeness and bring the people together by making insightfully relatable music that truly matters – S.O.S. (Songs on Suicide) fully exposes the stunningly expressive & confident style of Red as a solo singer/songwriter & reveals her authenticity with authority. Prolific, prophetic, and most importantly, real at all times – BLAKE RED is set to become a true voice for the voiceless, and a champion of beating the odds to become a better version of herself.

Join Blake as she takes over the globe, one set of speakers at a time, with her debut EP on October 25th.