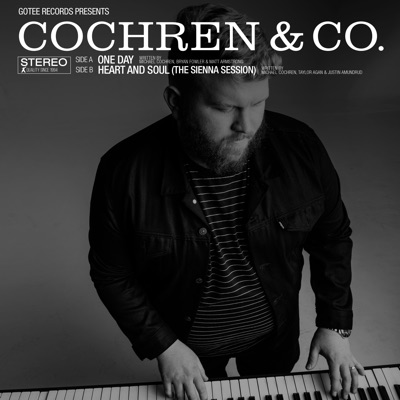 It was just last November when Gotee Records announced that Cochren & Co. joined their artist family and debuted their songs “Church (Take Me Back)” and “Grave.” Today the group, led by Michael Cochren, releases their newest single, titled “One Day,” which is available now at all music providers.

”None of us are strangers to the brokenness of this life,” Cochren shares about the new song. “We’ve all experienced firsthand the pain of loss, illness, and injustice. As we look around this world it’s easy to feel hopeless, but thank God we are promised more than this world. We are promised heaven. That’s the hope I’m clinging to, the hope of healing for all creation.”

Cochren & Co. will be the special guest on the TobyMac: The Theatre Tour throughout November. The official tour markets are listed below. The band is also part of the lineup for the 2020 TobyMac Hits Deep Tour, which will also feature Tauren Wells, Jordan Feliz, We Are Messengers, and label mates Ryan Stevenson and Aaron Cole. Tickets are on sale now at KLOVE.com and TobyMac.com. For the most updated tour schedule, be sure to visit Cochren & Co.’s tour page.