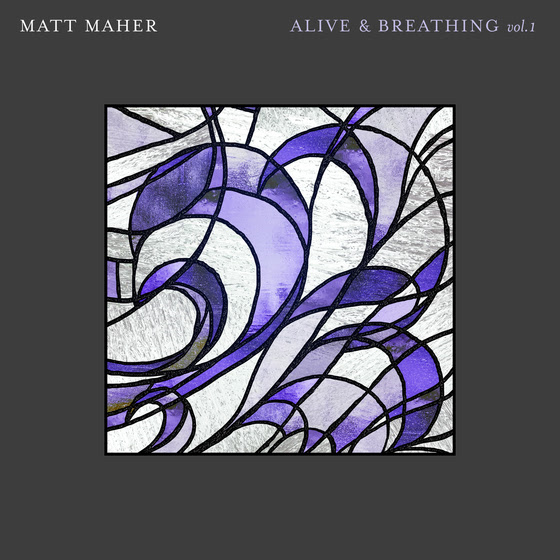 Each bundle will highlight new songs, songs that Maher has written for other artists but hasn’t recorded himself, live versions of some of Maher’s previous songs, or as in the case of “Lord, I Need You,” recorded in a different language. Alive & Breathing Vol. 1 features “Run To The Father,” “Lord, I Need You (Señor, Te Necesito) [Live] [feat. Blanca],” and “White Flag [Live].” The remaining volumes will release consecutively in October, November, and January. Listen to Alive & Breathing, Vol. 1 here.

Maher elaborates on these unique recordings found on the four bundles, “Over the course of the past 20 years of music, my two greatest joys in this area of my life are playing music live and writing songs with friends. That is why I gravitate so much to writing congregational church music – they’re songs that are meant to be sung live and they’re songs that come out of the gift of friendship. It’s part of what inspired me to record the live songs on Alive & Breathing, for example, ‘White Flag,’ which I enjoyed writing alongside great friends at a writing camp for the Passion Conference. That year at the conference, unbeknownst to us, thousands of white flags were hung in front of the Georgia Dome in unison, representing everyone in the stadium’s surrender to Christ.

“The new song that appears on this first installment of Alive & Breathing, ‘Run To The Father,’ is a song I had the honor of writing alongside Cody Carnes and Ran Jackson,” Maher continues. “Cody is a gifted worship leader, writer, and artist in his own right; he had already recorded and released the song, but it reached me in a deeply personal way and I felt like I wanted to record a version of it, so my friend Bernie Herms agreed to produce it and I’m so happy to share it with everyone.”

Explaining the Spanish version of Maher’s major hit “Lord I Need You.” which he recorded with Blanca, Maher shares, “One of the things that makes worship music powerful is to sing songs in your ‘heart language.’ For me, that is English, the language of my culture. But when English isn’t your primary language, you have to convert the words and even the ideas about the words. ‘Lord, I Need You (Señor Te Necesito) [LIVE f. Blanca]’ is such a primal song – to need God is a primal need. I wanted a version that helped people whose heart language is Spanish, to be able to pray it this way, so I asked my friend Blanca to join me in recording a new, live version of this song, in both of our heart languages.”