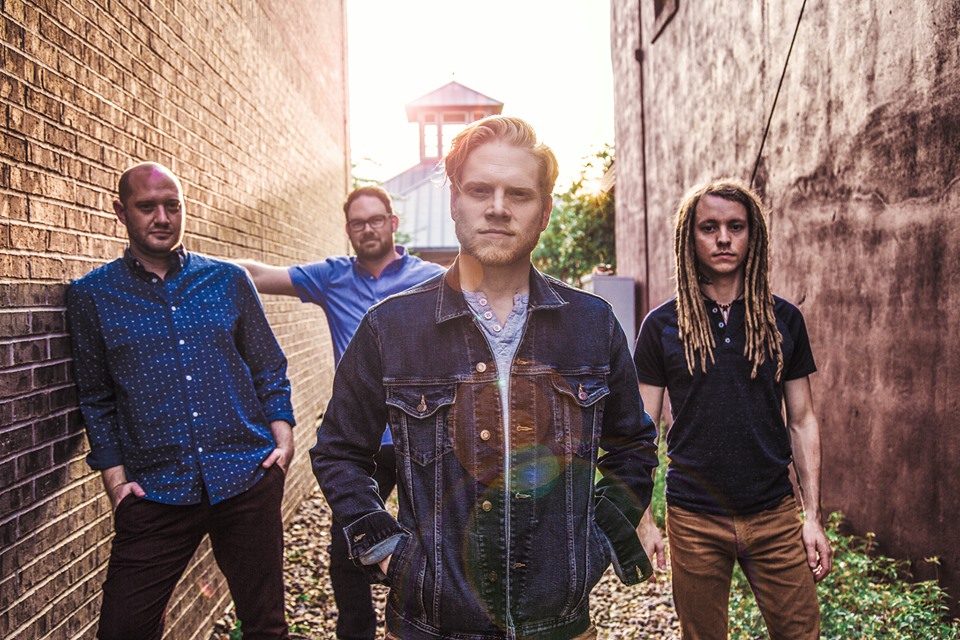 You can’t quite define Matthew Bell & The Next of Kin. The north Texas folk/soul band bring a lot to the table with their debut album, Hear The Sunrise: impressive musicality, enough soul to remind you of Motown greats, and the tenacity to wrestle with concepts we oft ignore.

I had the chance to connect with Matthew Bell and ask him all about the band and debut album.

[JW] Take us behind the man Matthew Bell, what’s your testimony and how did you become a Christian?

[MB] I accepted Christ when I was 15 on ski trip with my church. I’ve heard Greg Laurie say that “the voice of God is so loud you can almost hear it.” We were in a prayer and worship time and I kept seeing this vision of myself taking one of the ski slopes I had taken for the last couple of days. In real life, I was great on the slopes, but in this vision, I kept falling right off of the ski lift. Over and over and over again, I kept falling. So I thought, “I know this path. What is going on. Why do I keep falling?” And I felt very distinctly the voice of God say, “It’s time to take a different path.” I gave my life to Christ right then and there.

[JW] When did you know you were called to be a musician?

[MB] Music has been a part of my life for as long as I can remember, but the calling part was a little different, haha. I suppose it was less about knowing I was called, and more about responding to the call. Shortly before my wife and I got married I was working full time in a corporate job, I was an interim worship pastor, I was an interim youth pastor, and I was going to seminary. I was on the phone with Alyssa (my wife, fiancé at the time), and she told me something had to give. I’d been considering leaving the corporate world for a while, but right then, I knew it was time. Alyssa told me she wanted me to do what she knew I was created to do. So, not the next day, but close to it, I walked into work and gave my notice so I could pursue music full time. I think the confirmation for that came when I told my dad even though I was getting married in 2 months, I didn’t have a job, I had no money, and I was going to be a musician. My dad’s response was, “Well, it’s about time.”

[JW] That’s really cool! How was the band born? And who came up with the name Matthew Bell & the Next of Kin?

[MB] The band was born over the course of time. It wasn’t a flash of light or anything like that. Jarod and I played together, Daren and I played together, I played solo a lot… But then we decided to bring the 3 pieces together and wanted a better name than the Matt Bell Band, haha. I’m not sure who came up with the Next of Kin, but we liked that there was a family tie-in, and also that it was just a little bit morbid. I know that probably sounds strange.

[JW] You guys are a family band. What are some of the pros and cons to that?

[MB] Honestly, I don’t really now that there are any cons. But most of that is because there’s a tremendous amount of humility among all the guys in the band. Plus, if there’s ever any animosity, it has to get resolved before the next family gathering, haha. So it never lasts long.

[JW] In your mini documentary you share that you focus on really telling a story with your songs. When did you discover you had a talent for storytelling?

[MB] Hahaha. Do I have a talent for that? I don’t think I’ve discovered it yet, it’s really just an over-arching desire.

[JW] Your debut album Hear the Sunrise just came out. What’s the feedback been like so far?

[MB] So far, it’s been very positive. Jarod said once that the beauty of releasing the album is that we don’t have to listen to it in a bubble anymore. So it’s been really interesting to see what songs resonate with other people.

[JW] The title Hear the Sunrise really fits your band’s vibe but we’re used to focusing on seeing the sunrise and not hearing it. What was the inspiration behind the title and is it that slightly different way of looking at things you feel really sets you apart from everyone else?

[MB] I’d say that’s a good assessment. Either intentional or unintentional. There’s an idea that when you’re in love, and even when you’re in communion with the Lord, senses are heightened. And yet, in the midst, things are confused and confusing in a beautiful and wonderful way. But I remember reading the book, Empire of the Summer Moon, and there was a Comanche named “Hears The Sunrise.” I was laying in bed and had my songwriting journal next to me, so I wrote the words, “I can hear the sunrise.” The next morning I wrote the song, haha.

[JW] Which track on the album resonates with you the most? And have any of them gone on to minister to you long after you wrote them?

[MB] Rocking Horse. It was a bit ambitious for me as a songwriter, but I love the way the poetry and imagery of that song fell together. The more I listen to it, the more I fall in love with it. It’s simple and complex at the same time, which is so like the imagination of a child. It’s just an encouragement to see things beyond the tangible and imagine what could be.

[JW] You say Thirsty is the “all encompassing song” of MBNOK. People can watch the story behind that song in your documentary but could you just share what it is about that song that encompasses all the many different aspects of MBNOK?

[MB] I mean, it’s indicative of our faith in Christ. And it’s just a great presentation of the Gospel. That there is a well that will never run dry in Christ. If He is our source, if He is our standard, then whatever comes our way (or doesn’t), is able to be overcome.

Also, the lyrics were written by my wife, which just draws in the family element to what we do. It’s a group and family effort. Not just the efforts of one person.

And musically, it really just hearkens back to our roots as a folk band when we first started out. We love that about Thirsty.

[JW] One of our favorites on the album is Get It Together. Could you share the story behind that song?

[MB] Jarod and I wanted to write something that was calling people to stand up for one another and stop building walls around ourselves and those that we see that may be “unloveable.” I think it was really as simple as that. I think one of the interesting things about that song was, as soon as we finished the lyrics to it, Jarod looked at me and said, “If we’re going to write a song like this, we better be willing to live it out.”

[JW] What did God teach you through the process of making this album?

[MB] Patience. And letting go of expectations. There were countless times when we would get frustrated with the timeline of things, or the pace at which things seemed to be moving. But we just had to keep laying it down and trust that things were moving forward exactly how and when God intended. As hard as it can be to accept sometimes, He is our provider in all things. He was our provider to get us to this point, and He will continue to provide as time goes on. No amount of striving can change that. Some people are frustrated by that lack of control (myself included), but at the end of the day, I’m so thankful that it doesn’t rely on me. It also allows (and at times forces, haha) me to be very intentional about giving credit where it’s truly due.

[JW] Were there any Bible verses which inspired any part of the album?

[MB] Quite a few, actually. Thirsty was inspired by John 4 and the woman at the well; She Calls is based off of the woman Wisdom in Proverbs 9; The Fall is the story of Genesis 3; and All Eyes On The King is the story of Moses.

[JW] The album was released through Lucky Hound music. What’s working with them like? And if you’re a family band then is Lucky Hound your pet dog?

[MB] Hahaha. I suppose that’s one way of looking at it. It’s been really great working with them. We definitely have a significant amount of shared interest and focus, but the heart of the team that they have assembled is just so supportive which makes it so easy to move toward a common goal. And there’s just a great amount of talent associated with the label, as well. Michael Ramos was our producer on this album, and not only did he help us bring our vision to light, he also played almost all of the keys tracks, and it’s just killer to listen to. Also, having Chris Bell mix the album was just a real privilege making this thing come alive.

[JW] In fact let’s draw this interview to a close on that theme. If you had to name your dog or cat with the name of one of the songs on Hear The Sunrise, which would it be?

[MB] Hahaha. Maybe Get It Together.

[JW] Lastly, how can the JesusWired readers be praying for you over the coming months?

[MB] First of all, thank you for your prayers. We covet them. I think, more specifically, that we would just maintain our focus. It’s really easy with a debut album to hang our self-worth on public response. But the truth is that our validation is found in Christ and in Him alone. So please pray that we would just continue to be obedient in all of this process. And that we would find joy in it as we go along, haha!