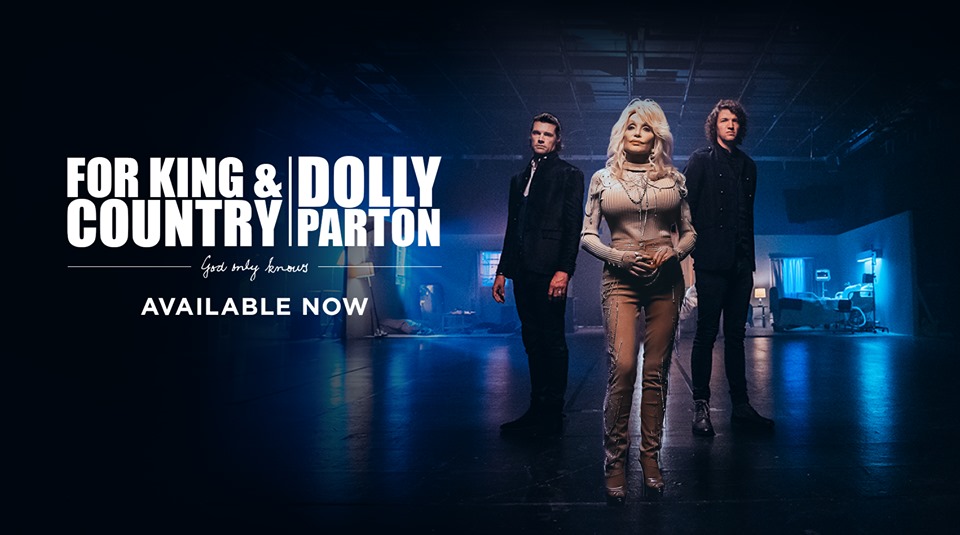 “Hearing Dolly sing that chorus and those words was an out of body experience for us as writers and artists,” says Joel Smallbone, one half of for KING & COUNTRY. “As soon as we heard her vocals on the track, we immediately realized that this song was meant for her voice.”

Dolly reflects, “When I first heard ‘God Only Knows’ I thought it was one of the best songs I’d ever heard. I came from a very spiritual background, and I love anything to do with inspirational songs that lift people up. I feel that this is a good song for right now, and it’s so well written. I know that it touched me at a time when I needed to be lifted up.”

Additionally, Dolly is featured in a powerful new music video for “God Only Knows,” as she and the Smallbone brothers struggle to find themselves before resigning to faith and belief. The full-length video was shot in Nashville, produced by Patrick Tohill and directed by Benjamin Smallbone.

Get the new remix here