Avalon surprised fans via Facebook last Friday when the group dropped the official music video to the song Keeper Of My Heart.

Immediately, fans began sharing the video online and it has now surpassed half a million views – 500K and growing!

Additionally, the lyric video to the song has garnered over 298,000 views – bringing the total of views to over 825,000. Clearly, music fans were waiting anxiously for new music from this talented ensemble.

The song is the first radio single from the forthcoming project, Called, their first from Red Street Records – a new venture began by Rascal Flatts member, Jay DeMarcus

The song is currently at radio and has resonated with music fans and critics alike. Check out what’s being said about Avalon and the impact of “Keeper Of My Heart.”

“Avalon brought something fresh and different to Christian music when they debuted in 1996. Now…they’re doing it again!”
– John Bryant – WAFJ / Augusta GA

“New, fresh and today! After 10 years Avalon comes back with a smash that will connect with the listener immediately!”
– Rob Dempsey – His Radio / Greenville SC

“Avalon is Back!!!!  Wow!  The fresh “today” sound and yet the same tight harmonies they have mastered for years”
– Ted Gocke – J103 / Chattanooga TN

“It’s like they’ve never left. Avalon’s music is as current now as it was 15 years ago. Excited they are back!”
– Rob Conway – WGTS / Washington DC

“The trifecta of live radio, a live studio audience and social media live just experienced the new ‘king of the comebacks.’  Avalon is better than ever–a former A list artist is A+ on talent, humility and more life put to music.”
– Nik Curtis Beal – WJTL / Lancaster, PA

“I absolutely love this song. It honestly is so true. Jesus left Heaven just to hold us! It’s amazing how God’s Love always follows us no matter what!! It encourages me because I daily declare that God is the keeper of my heart!”
– @matthias.boggs / Instagram

“The line, “when I’m at my worst, when I’m at my best” is what speaks to me. I’ve held myself to such high standards all of my life, you might call me a perfectionist. But this song is a reminder that even on my worst days, the days when I fail, He will never fail. So grateful for Avalon and your ministry.”
– Sarah Fowler / Facebook

“I will trust to let go and let him work His blessings. Although I don’t always understand, trusting Him gives my heart peace. He takes good care of it.? Perfect song, perfect timing. God also has a sense of humor when you “think” you’re in control. What he has for me is best because he’s “always, always for me”. This song is my new anthem song during morning coffee. Thank you, Avalon, for this spirit-filled song and your beautiful voices.”
– Gwendolyn Mays / Facebook

“It reminds that God is always my ultimate source of strength & comfort, especially when I am going through challenging times. ?❤️”
– @davidjensen1977 / Instagram

It’s obvious that the excitement for the new music is palpable and the wait is almost over for an entire new project! Called, the vocal group’s debut recording on Red Street Records and first release in 10 years, will be released later this year. The Called Tour, with special guest Reagan Strange, kicks off in Tampa, FL on September 20, 2019.

Keep Keeper Of My Heart 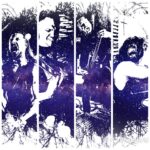 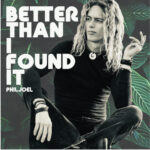 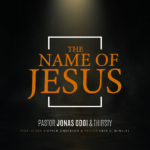