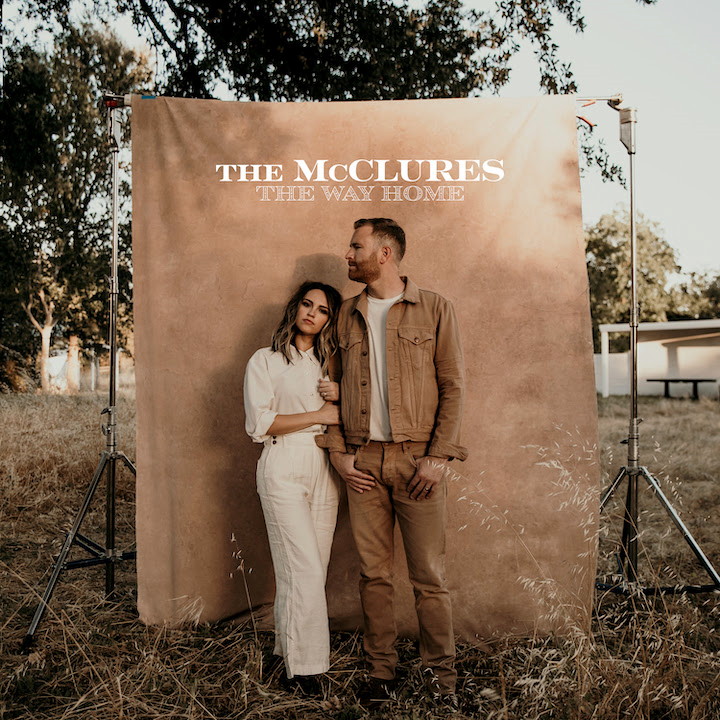 “Only Have One,” the latest single from acclaimed Bethel Music worship leaders Paul and Hannah McClure, is now available. Penned by The McClures along with Seth Mosley (for KING & COUNTRY) and Matt Hammitt (Sanctus Real), the soulful selection is currently featured on Spotify’s “New Music Friday Christian” and “Sing A New Song” playlists, as well as Apple Music’s “Today’s Christian” and “Worship Today” playlists.

A musical homage to the couple’s North Carolina roots, “Only Have One” showcases The McClures’ impassioned harmonies atop a bluesy, organ-driven groove. Proclaiming worship to the One True God, the song is a reminder that even in an age of relativism, the Truth of Jesus is unchanging.

“There’s a lot of confusion happening in this generation with social media, and even in some churches there’s confusion about straightforward biblical principles,” Hannah McClure says of the song’s impetus. “I was just thinking, ‘I would love to sing about that. The one Truth—the Truth of Jesus that will never change.’”

“Only Have One” is featured on The McClures’ full-length Bethel Music debut, The Way Home. Bowing August 30 and available for pre-save and pre-order now, the project was produced by David Leonard (All Sons & Daughters) and includes additional songwriting contributions from Bethel Music labelmates Brian Johnson and Josh Baldwin, among others. A 10-track Americana and folk-based collection also highlighted by the buoyant lead single “Now I See,” The Way Home was recorded at Nashville’s historic Layman Drug Company.

Featured on every major Bethel Music release since 2010 with songs like “Jesus, We Love You,” “One Thing” and “Faithful to the End,” Paul and Hannah McClure serve as worship leaders and songwriters with Bethel Music and at Bethel Church in Redding, California. With a purity of worship that welcomes others into a deeper experience of God’s goodness, the couple’s “How Great a King” is showcased on Bethel Music’s Dove Award-nominated latest recording, VICTORY.