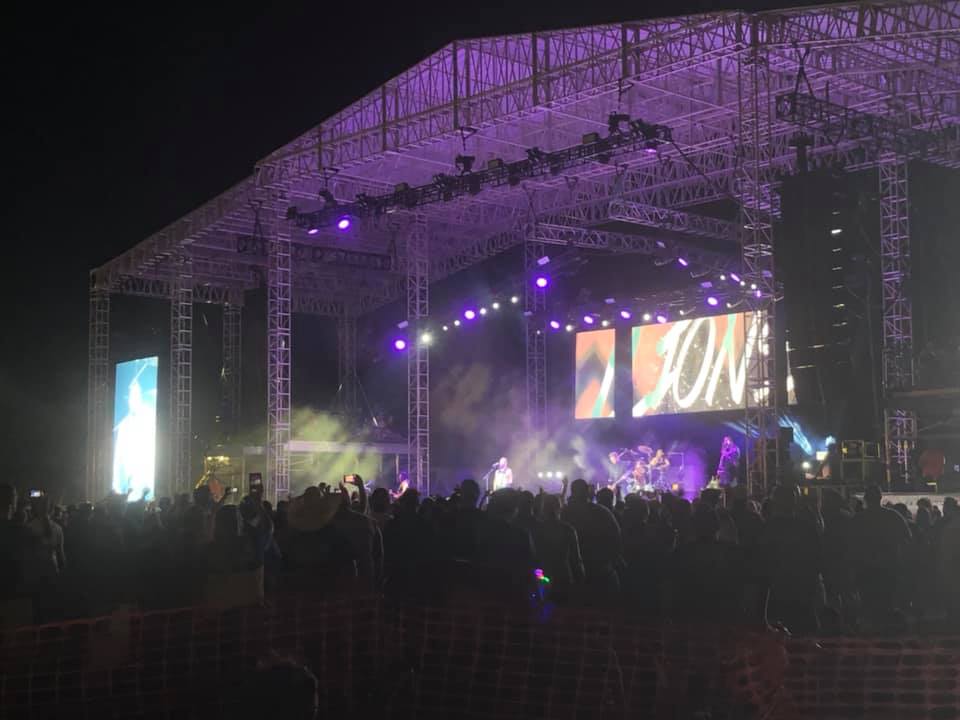 The Eccentric Sheep Musings: Rock The Desert, This Post is for You

Rock The Desert is the only Christian music festival near me.  With the future up the air for the festival, being at least a year off ahead of us, I thought it would be a nice time to reminisce on the fond memories I hold there.

The first year I attended was 2010.  I had no idea what I was getting into.  I wasn’t prepared at all.  No chair.  No sunscreen.  I just showed up for a few bands.  My first Demon Hunter concert was one of those few bands.   The next day I saw Casting Crowns for the first time front row preceded by second row for Skillet.

2011 was the year I discovered Disciple.  They are a very important band in my Christian walk.  I don’t know where I would be now without them.  I wouldn’t be writing this for you right now for sure.  I wasn’t front row.  I didn’t go meet them after the show.  I sat in the back against a speaker crying during their set and during Kevin’s talk.

2012 was the year of Icon for Hire.  They played twice that year and I had seen them multiple times while they spent time in the Christian music scene.  It’s the year I finally met Brian “Head” Welch after an agonizing wait after their set at the autograph line.

2013 was the year I finally met Disciple.  It meant a lot more waiting.  I had been through a lot since that first show, and their music had been a very important part of that.  I had joined the forums on their website and been a part of the bible study.  I actually met Kevin a few days before and he knew who I was from the forums.  That year at the front row of Rock The Desert Kevin spoke words from God that inspired me to action.  That talk was different than all the others in all 33 shows I’ve seen.  I felt God look right at me and say, “It’s time to go to work.”  That was the year I got to tell them what their music meant to me.  It was the year I did my first full band meet and greet.  2 years after that first show.  2013 also holds memories of Red and The Letter Black.

2014 was the year We As Human and Disciple played the same day.  2015 lacked Disciple but also saw great sets from Project 86 and Building 429.

2016 was the year I saw Drive Thru Society for the first time, and I’m very grateful for that day.  That was the year of the Teen Tent where bands like Veridia and To Speak of Wolves put on awesome performances in that more intimate setting.  Plus it saw the return of Disciple to the main stage after a year away.

I did not attend in 2017 and 2018.  I was able to return this year for the 20th anniversary.  They have spoken of taking 2020 off, but there have been rumors around that this could be the last one.  With the possibly of this being the last time I worship God on those desert grounds, I wanted to be there for sure this time.

You see, Rock The Desert has been the best part of my year many times.  It feels like Heaven on earth.  No worries or cares.  Just gathering with my brothers and sisters and worshipping God.  I feel like I attained closure that weekend, even if this is the last time I see my Heaven on earth before the real eternity sits at our feet.

Here’s to you Rock The Desert, and here’s to all the amazing people who put it together and gave me all these special memories that I will hold dearly all my days on this earth.