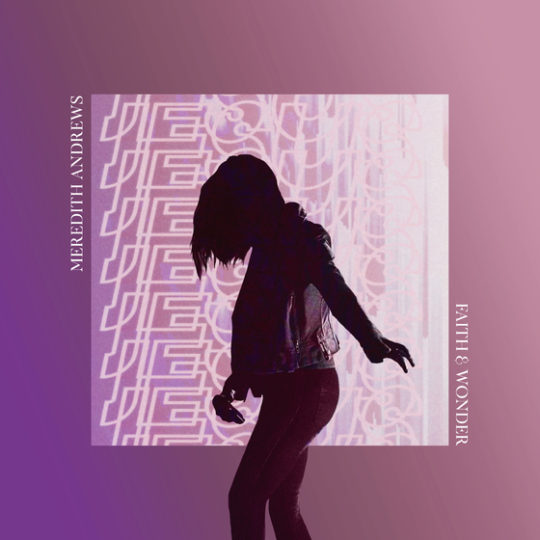 Meredith Andrews is no stranger to followers of Christian Contemporary Music. She has been on the music scene and in the ears of listeners for over a decade. With her pop-infused contemporary tunes that usually reflect personal experiences of faith, worship and growth; she has released six studio albums.

Still, in all this time, the Dove Award nominated artist has not embarked on a solo live project until now.

The Faith And Wonder (Live) album has six tracks and it’s about 34 minutes long. It starts off with A Million Saints which begins with a melodious keyboard ballad that serves as a backdrop for the song.

The song speaks about the holiness of God as a million saints lift their voices in worship.

The title track, Faith And Wonder, features Cody Ray Lee and Abbie Simmons from UPPERROOM and it delivers a clear message.

Open Over Us is the longest song on this album and it speaks about the access that the saints have to the throne of God. The lyrics, “we give you access to our hearts, you give us access to all you are”, drive the message home. It reminds the listener of the faithfulness of God and his ever-ready arms of love.

On Have to Have, Meredith sings about her unquenchable desire for the presence of God. The song features Andrew Holt and reminds me of Psalms 42 (As the hart panteth after the water brooks, so panteth my soul after thee, O God- KJV).

On and On is a heart-warming song that basks in simplicity. It’s a song that inspires total dependency on God, reminding its listener of God’s endless love.

The album closer, Who Could, draws more influences from pop rock with very prominent guitars (a rarity on this album) and sheds more light on the sovereignty of Jesus.

The lyrics, “…worthy is the lamb, seated on the throne, who reigns forevermore” bring this song and album to a close. One could not ask for a more definitive closing theme.

As far as musical projects go, the live experience presents an interesting side to Meredith Andrews. Nothing has really changed in her songwriting style, however, there is an obvious reliance on the piano and keyboard as the foundation of her composition style.

Critically speaking, this is not a bad choice but seeing as this album is not as long as her previous projects, I honestly believe there might have been a missed opportunity for some form of variety.

Still, at the heart of it, this album is not about musical diversity. It is a love letter straight from Meredith’s heart to her Father in heaven. It’s a collection of songs that leave you examining your personal experience with God and births a desire for a deeper and more fulfilling spiritual relationship.