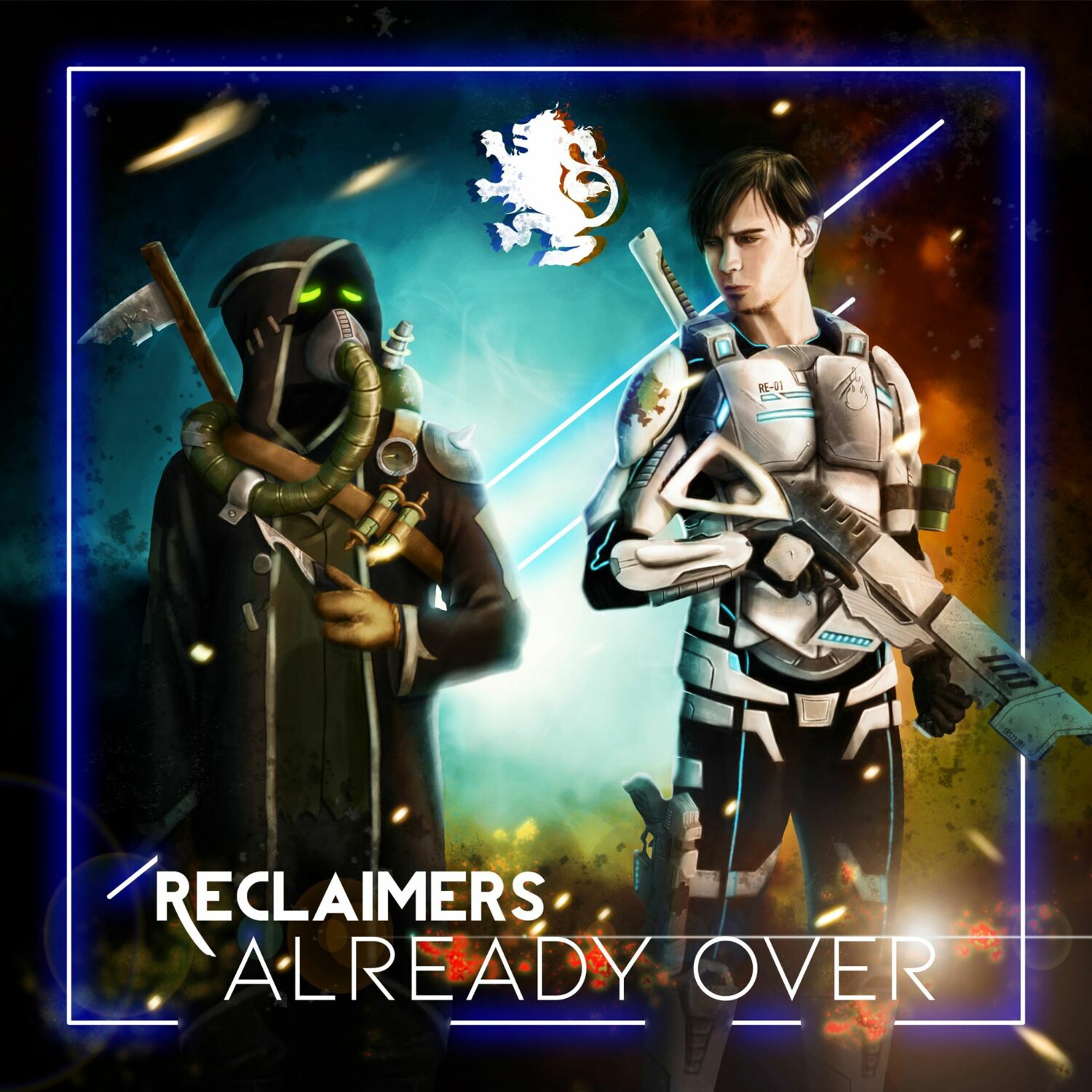 Samuel Day’s new rock project Reclaimers is set to release its debut single “Already Over” tomorrow. I had a brief moment to connect with him about the new single and project.

You already have your Samuel Day project, what made you set up a new project?

As I took a long, honest look at the music I’ve been writing over the last couple of years, I saw that on one hand I was digging harder into the pop and contemporary areas than ever before, but on the other hand I was also writing things that were heavier and more hard-rock focused too. I have always enjoyed pushing genre boundaries and combining the things I enjoy into something fresh and new (and you can be sure I’ll continue to do that), but I also recognized that I didn’t want those things to limit each other. I want the musical brands to be accessible by their audiences so they can grow to their full potential and reach the most people, and that consideration was huge in this decision.

When I first started, I knew very few people (if any) who were doing music on the level I wanted to do it. I was just a kid from a small town, working tirelessly in his basement recording, mixing, and mastering all of his own material. In short, I didn’t have the capacity or connections (like with you great folks at JesusWired) to be able to do more than one project, so I just put everything I created out under one umbrella, knowing nothing more about promotion than “I should put this on iTunes”. But a lot has changed. I have a wonderful team continuing to grow around me and a network of professionals I can connect with. I’ve learned a lot of industry lessons behind the scenes even in just the past year. In short, this was a good time for expansion.

And as I look across the landscape I see others like John Cooper of Skillet and Trevor McNevan of TFK making similar moves to expand their reach. My goal isn’t to be a copycat, rather it’s to keep the limits off of myself. I don’t want to write or co-write a great pop or CCM song and then a great hard-rock/metal song and then have to choose between the two. If I have those gifts and connections I have them for a reason, and I want to use them all.

Believe me when I tell you, I have a LOT of content in the cannons for both Samuel Day and Reclaimers, and I’m really excited to finally give that music to those who have been eagerly waiting for it.

Why is it called Reclaimers?

To Reclaim means to take something back, specifically something that rightfully belongs to you. I believe we were created to live good, big, adventurous lives, but I think a lot of people have lost sight of that. I know that I’ve certainly had a lot of private opportunities to become really jaded and give up. But a lot of the Christian life is about reclaiming, taking things back with a purpose. We are told to renew our minds in Romans 12:2, or in other words, to reclaim our souls through the truth of God’s word. Jesus reclaimed the Blessing for us through what he did, but then we have to willingly reach out and take it. In short, everything the devil has is stolen, and I believe so much of our mission is to boldly take it back. That’s what I want to encourage people to do, and I think this kind of music is a perfect catalyst for that message.

You have your debut song coming out August 2nd, Already Over. What was the inspiration behind that track?

The chorus just kind of came to me one day, but the meaning is very deliberate: we face an enemy who is defeated. For him, no matter what it looks like, the fight is already over. The more evil I’ve seen in my life, the less “pity” I have for that enemy. But one of the most powerful things I ever heard was, “Whenever the devil tries to remind you of your past, just remind him of his future.” I think that sums it up really well.

I like determined, motivating music. I think a lot of days we could use more of that. I wanted this song to really embody that empowerment with an unflinching resolve.

The single has some serious sick artwork, who did that?

I’m glad you like it! That’s my handiwork. I did this digital painting over the course of a few weeks. I had a few concepts for it; some were more grounded and realistic than others, but once I got started on it I was having fun and decided to let it be a little fantastical. There are certainly other great artists out there that I would like to commission in the future, but for this first release I decided to take the personal approach. I was self-conscious about it at various points in the process; I really wanted to make sure it was good enough for my own standards, but I’m really happy with how it turned out. I’m hoping to make a video breaking down the art, the little details in it, and the process of creating it!

What else have you got planned for the rest of 2019?

I’m really focusing on putting out more music for both Samuel Day and Reclaimers. Time To Live, the newest Samuel Day single, and Already Over for Reclaimers are great first moves, but are just the beginning. I’ve gotten some more contacts in radio and am continuing to learn about Spotify curation and better booking practices as well. I’ve created a pretty deep well of not only music, but ideas over the last year, and the goal is to keep releasing those things. Aside from that, I’m working on some projects with my church, as well as some acting projects. I’m looking forward to seeing bigger and better things continuing to grow. Onward and upward!