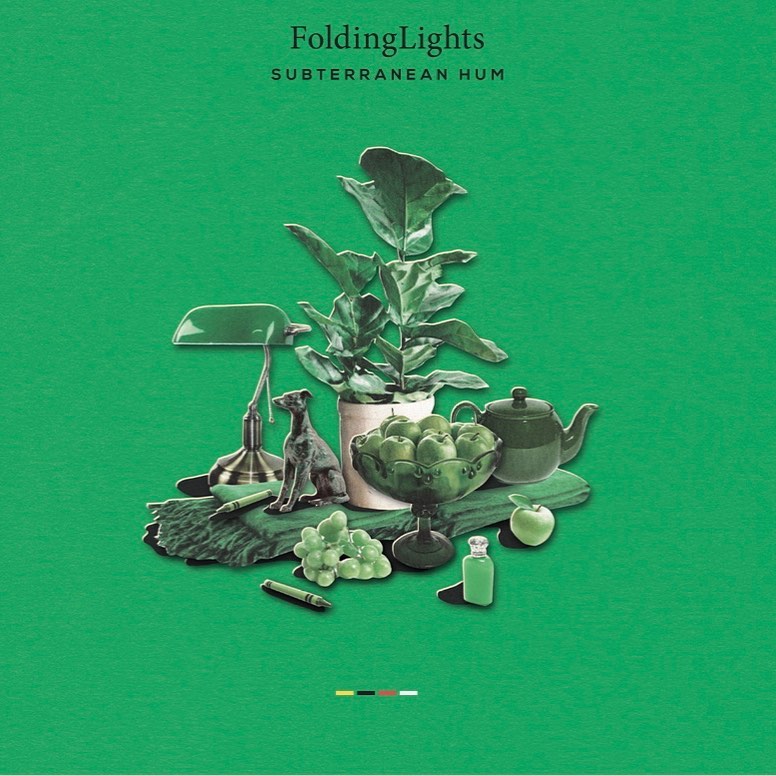 Following a string of single releases this year, Belfast singer/songwriter Foldinglights released his debut album Subterranean Hum on July 19th. Drawing influences from artists like Jon Foreman, Foy Vance and Glen Hansard, ‘Subterranean Hum’ fuses both electronic and acoustic instruments, to create a diverse and unique landscape perfectly held together by Michael’s vulnerable heart wide – open lyrics, which he delivers with passion and conviction throughout. I recently had the chance to connect with him and ask him about this new project.

Take us behind the man behind Foldinglights, what’s your testimony and how did you become a Christian?

So my real name is Michael Ball. I was named after an opera singer from the UK. That made it pretty difficult to make music under as people kept getting confused between the both of us! So I picked the name Foldinglights. It’s a long story behind the meaning and I would need another twenty pages to explain. Needless to say it was picked from a place of hope.

I grew up in a Congregational church here in Newtownabbey (just 7 miles from Belfast) and I gave my life to Christ at the age of four. I heard my Sunday school teacher talking about Jesus knocking on the door of my heart one Sunday and I ran straight home to pray with my mum. We said the sinners prayer and ever since I’ve been living in the grace and hope of God’s abundant love. I’m now thirty and I can’t say I have ever regretted that decision. To think of a life lived without Christ is a frightening thought.

When did you know you were called to be a musician and how did Foldinglights come about?

I have always loved singing but never thought I was good enough to pursue it as a career. When I was 16 I joined a band with my brother called 6dayslater. I was the singer and he played guitar. We were ok but we really created music as a means of escape from where we lived and because we really hated the music in church. Even at that age I was tired of Christians not expressing how they really felt. I wanted to encourage kids my age that whilst I loved Jesus, I also ran into doubt, fear and anxiety as a christian.

I was devastated when we broke up after around 3 years. I had no idea how to play an instrument but I believed I still had songs left to write and stories left to sing. I focused my energy on University for the next four years and in the final year finally picked up the guitar. Once I felt I could play three chords and string some sentences alongside then I picked the name and gave it over to God.  I love music and believe it has been placed in my life to comfort me and lift me up when I have been at the edge of myself. This was finally my way of thanking God for that. I give every note back to him.

Your new album Subterranean Hum just came out, what’s the feedback been like so far?

The feedback has been overwhelmingly positive. I launched it on 20th July which meant I could talk to people face to face and see real reactions to the songs. It has already sparked some great conversations about Christians facing some serious mental health battles. My story is one of pure hopelessness to hopefulness and I would love to keep that conversation going. Northern Ireland alone is facing a real crisis with people feeling they can’t go on. I would love to speak light into those situations through the gospel of Christ.

Where did that interesting title come from? and take us through the abstract artwork too!

My first EP was called Exiles. This was born from a sermon my pastor, Johnny Carson wrote on Christians not being of this world and being called out to something greater. So the natural follow on was ‘Subterranean Hum’. I see Christians being driven underground but our voice is far from being silenced. There is a collective hum. I think of Paul in prison singing songs of worship in his darkest days. All is not lost because we are a family bonded by the blood of Christ singing songs of hope of things to come.

I value artwork as highly as the music itself. It was really important to get someone on board who would really grab onto the vision of the project. Glen Kennedy is a renowned Belfast artist and has created amazing portraits (including the one he painted of me for my Exiles cover artwork) as well as incredible branding for stores in NI. He’s also a great friend and one of the best people on the planet.

I had the idea of incorporating the wordless book made famous by Charles Spurgeon into the single and album artwork. For those unfamiliar, Spurgeon used the colours red, white, and black whilst others added on green and gold to explain the gospel to people who were uneducated. We used all these colours in the single artwork with Subterranean Hum taking on the green colour representing growth. There are many reasons behind the objects used in the artwork but you can make up your own narrative as to why these are used.

Throughout the album you flip back and forth from seriously hopeful worship songs to songs stricken with absolute desolation. I like that, it really adds to the album’s hauntingly authentic vibe, but what inspired you to do that as opposed to telling the story from desolation to hope as most artists do?

People in Northern Ireland can be brutally honest. This means most people can spot when you’re not telling the whole truth.

Honestly life is really hard sometimes and the waiting for reprieve is often long.

The first song Whispers is very literal – I witnessed paramilitaries run across my garden with guns, cars being stolen from neighbours, drug raids, petrol bombs, our lives were threatened, fireworks thrown through our letterbox, and there was even a hoax pipe bomb placed in our garden to name a couple of things. These terrifying situations meant I knew how to write songs of worship, because I had seen first hand what God had been doing throughout my life.

We need songs of honesty that don’t sugar coat the Christian experience. We don’t need to be sold another lie. The bible doesn’t tell us it gets easier day to day. It tells us it will get tougher, BUT we have been given the means to overcome. I hope people can listen to the songs and see that whilst I had almost given up, God was right there in the midst keeping me from letting go.

Which track on the album resonates with you the most? And have any of them gone on to minister to you long after you wrote them?

That’s a tough question because they all come as one complete story. However I would possibly pick Dear Exiles. It was written a day after a friend of mine committed suicide. I had also been ready to check out as well so this news came as a massive punch to the gut. I felt God tell me to pick up the guitar and start singing out the truths of the bible. It was like God was saying I have given you a sword to fend off the darkness, use it. I started singing out Gospel truths over my life and sobbing because I wished I could have said these to my friend who thought this world was better off without him.

The chorus always gets me and I love singing it over people who feel like they are ready to give up.

“I’ve been bought back by the blood of the lamb. This fear of death won’t hold me down. Not today”

American Jesus is an interesting song to say the least, take us behind the inspiration for that song.

First off – I LOVE America! Again I could talk twenty pages to explain this song. I was fed a white, blonde haired, blue eyed, middle class Jesus growing up who probably wouldn’t hang about with someone like me. He felt distant. It was like I never really knew the real Jesus. Northern Ireland and America are similar in the sense that we have serious political divisions and it was as if Jesus was always picking political sides.

In my heart I knew there was something off about this. So I started searching for the real Jesus and a lot of what I thought about Jesus was built on tradition.

When I looked (and I only had to read the bible funnily enough) Jesus probably looked very Middle Eastern – with all this division going on would we trust a man who looked like this? He hung out with people from all political parties. He cared deeply about the poor, the single parents, the broken social codes, breaking traditions and being right at the centre of the places we would feel incredibly uncomfortable entering.

This is the real Jesus.

The new album was released through 7CORE Music, what’s working with them like?

Meeting Trevor Michael, the owner of 7core has been a really positive experience. He is right at the centre of creating a different landscape for alternative Christian music.

With the ever changing world of music it was refreshing to meet a man who was fair, honest and had great taste in music. It also helped that Trev was originally from NI (now based in Eastbourne).

I have a freedom to work how I want to and he backs me up all the way. I can make some weird music but he is always there to pull the project together in a way that elevates the whole project.

As a musician from Northern Ireland I have no idea how to navigate the Christian music industry but having the help from 7Core has been a massive blessing in easing all my worries.

I also love the diversity of artists on 7core and absolutely see a great future for it with the likes of Tina Boonstra, Ian Yates, Maria Gilpin and Pete James. It’s a cool family to be part of and I’m super grateful they welcomed me in.

What Bible verse is speaking to you right now?

I would say Psalm 85 but especially how it ends:

Love and faithfulness meet together; righteousness and peace kiss each other. Faithfulness springs forth from the earth, and righteousness looks down from heaven. The Lord will indeed give what is good, and our land will yield its harvest. Righteousness goes before him and prepares the way for his steps.

Lastly, how can the JesusWired readers be praying for you over the coming months?

Really that God can be made evident in these songs and that it will help start conversations for people in desperate situations.

Please pray for Northern Ireland and the mental health crisis. Pray the shackles of depression and anxiety are broken in the name of Jesus.

I also get severe anxiety when I release any music so please pray that I don’t lose sight that God has everything in control.

Thanks for the support and God bless.