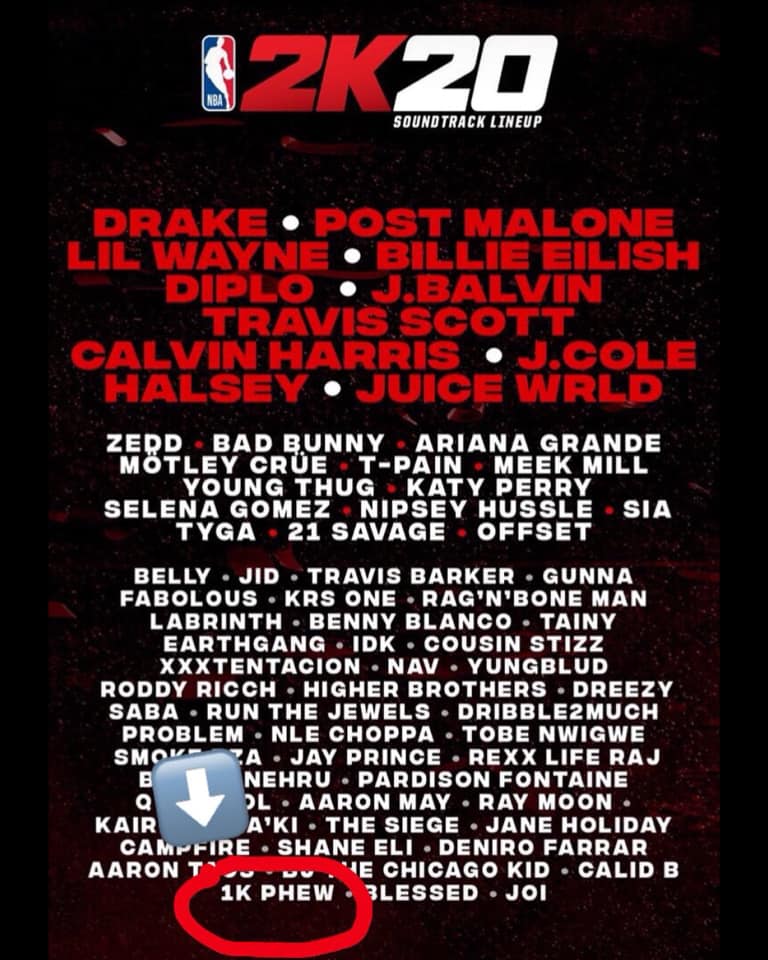 1K Phew has just revealed 1 of his tracks is on the NBA 2K20 soundtrack. The track that’s been picked is We Did It and features friend and label mate WHATUPRG.

Much more information on the 2K20 soundtrack and talent search can be read on Forbes here.

You can listen to the soundtrack playlist on Spotify here (or maybe just check his music out here instead!).

We Did It appeared on Reach Records’ Summer Eighteen playlist.