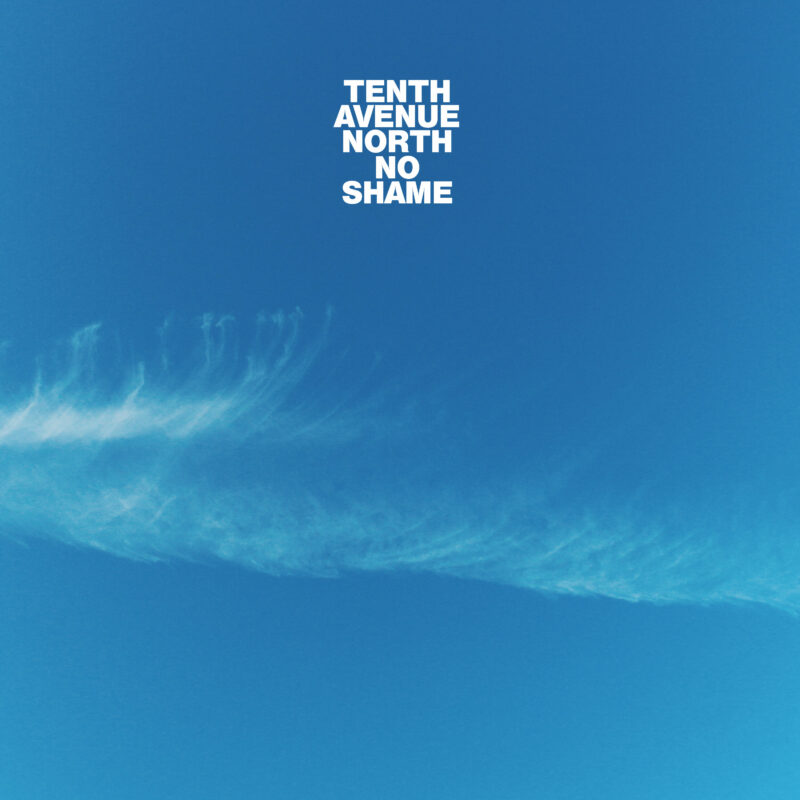 Tenth Avenue North Brings a New Meaning to No Shame

Few things test the longevity of an artist/ band in the music industry than their ability to create music that remains relevant to an audience. Fortunately for long-time fans of Tenth Avenue North, this new album does just that. Continuing the momentum of the 2018 release of the six song EP The Things We’ve Been Afraid to Say, Tenth Avenue North takes on a bold stance on the relatable emotion of shame in their 6th full-length project, No Shame.

“Intro” begins the album with a spoken explanation of the concept of “No Shame” by frontman Mike Donehey. The short audio clip seamlessly transitions into the title track, a celebratory groove that embodies the weightlessness of feeling no shame. Featuring the feather-like vocals of The Young Escape and a steady rhythm, there is no other way to describe this song other than the fact that it sounds like a party in your ears. Along the same lines, “Paranoia” appears later in the album with a garage band level of distorted sound supporting passionate vocals.

The uniqueness of this album resides in the balance of high energy tracks and the more somber songs. Tracks like “The Future” and “Space to Speak” are more stripped down instrumentally with a higher focus on vocal performance. The latter song is an intimate worship ballad that highlights a pedaled piano beneath raw lead vocals and emotive harmonies.

Tenth Avenue North has never been a band that shies away from painful subject matters in their songwriting. “Someone To Talk To” brings up the difficult topic of being pushed away by the church because of shame. Desperation is audible in the vocal performance, especially in the rhythmic second verse. Thought- provoking lyrics such as They told me it’s a safe place/ hospital for sinners/ not a museum for saints may strike a chord with listeners who identify with a similar experience.

Fitting the classic Tenth Avenue North sound as their first single from this record, “Greater than All My Regrets” is the reminder of the power of God’s grace.  The bridge is structured in worshipful surrender with the lyrics “Hallelujah, You are right here with me/ Hallelujah, You have always been there/ Hallelujah, You will never stop chasing me/ You’re chasing me. Be sure to also check out the stirring music video (below).

Although the record is called “No Shame”, the album has a heavy theme of hope for the future throughout. “Reaching” is a celebration of better days ahead. It’s a musical cake with layers of disco, funk, sprinkles of brass, and a thick layer of an 80s- worthy guitar solo as the frosting. Rhythm- driven “Call My Name” sports a groovy bass line underneath a variety of percussive elements.

“Heaven is Now” is a realization that heaven is here and now. It’s a tangible entity, as expressed in the lyrics of the bridge I wanna bring heaven everywhere I go/ Walk my city streets like they are paved with gold/ See my Savior’s face in every stranger’s eyes/ You brought heaven here so I’m not waiting till I die.

The introductory melody of “Always Been You” tastefully closes the album with a worshipful tone. An ethereal layering of filtered vocals almost makes the track transcendent, expressing gratitude to the One who is everything we need.

No Shame takes a shift from being a regular Tenth Avenue North album. The central themes of the toxicity of shame, regret, and fear collide with the reality of grace, promise, and hope to serve as a conversation starter among listeners and even in the church.

The vocal performance is at an all time high for the band, taking a more rhythmic direction, while being bolder with the selection of harmonies. Musically, the band showcases its talent for achieving a variety of styles, much like their Christmas album Decade the Halls.

Overall, No Shame brings a real, raw and relevant message to listeners that freedom is right in front of them.