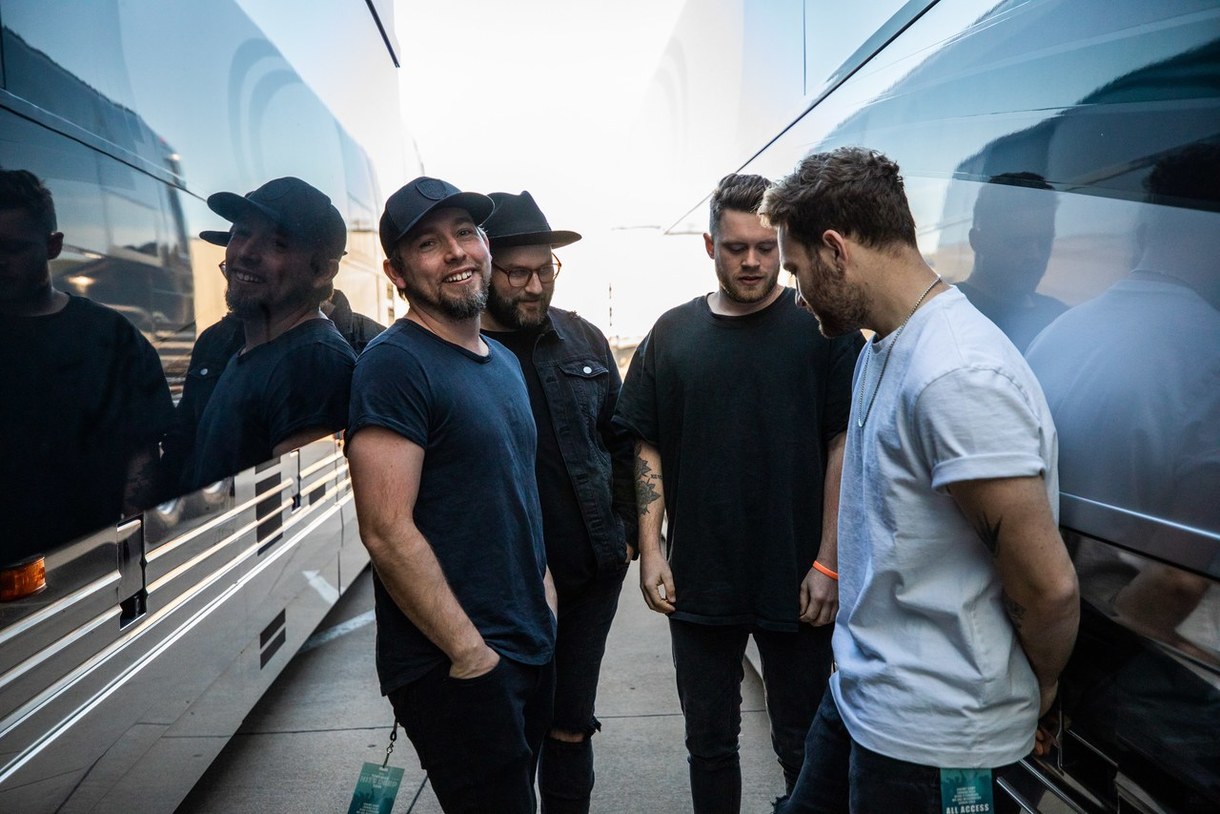 The four-piece band (Curb | Word Entertainment) led by Irishman Darren Mulligan, was awarded the coveted title for the lead single off its Honest EP, released March 29, following an ovation-earning performance before a sold-out crowd.

“This song was written to offer hope to those struggling with mental illness. One of our fans recently lost her battle; her name was Chelsea and we hope this song can offer hope to anyone struggling. It’s ok if you’re not ok,” said Darren. “The fans are the reason we do what we do and being honored with a fan-voted award is such a high compliment. Thank you K-LOVE for helping us get Jesus’ message of love, hope and healing to people all over the world.”

In addition to its Breakout Single win, the band was nominated for Group/Duo of the Year, and performed “Maybe It’s Ok” during the show, resulting in a standing ovation.

The show, hosted by Mandisa and Matthew West, will be broadcast on TBN on June 9 at 9/8c/6p.

We Are Messengers is Darren Mulligan, Kyle Williams, Drake Kennedy and Drew Kerxton. With five Top 10 radio hits (including three Top 5s) under its belt, the band has played for more than half a million people across 40 states and five countries in 2019 alone — most recently playing sold-out
shows in the Netherlands, England, and Darren’s native Ireland.

We Are Messengers wrapped the Hits Deep Tour with TobyMac earlier this year, and will continue to tour. Full tour schedule here: wearemessengersmusic.com