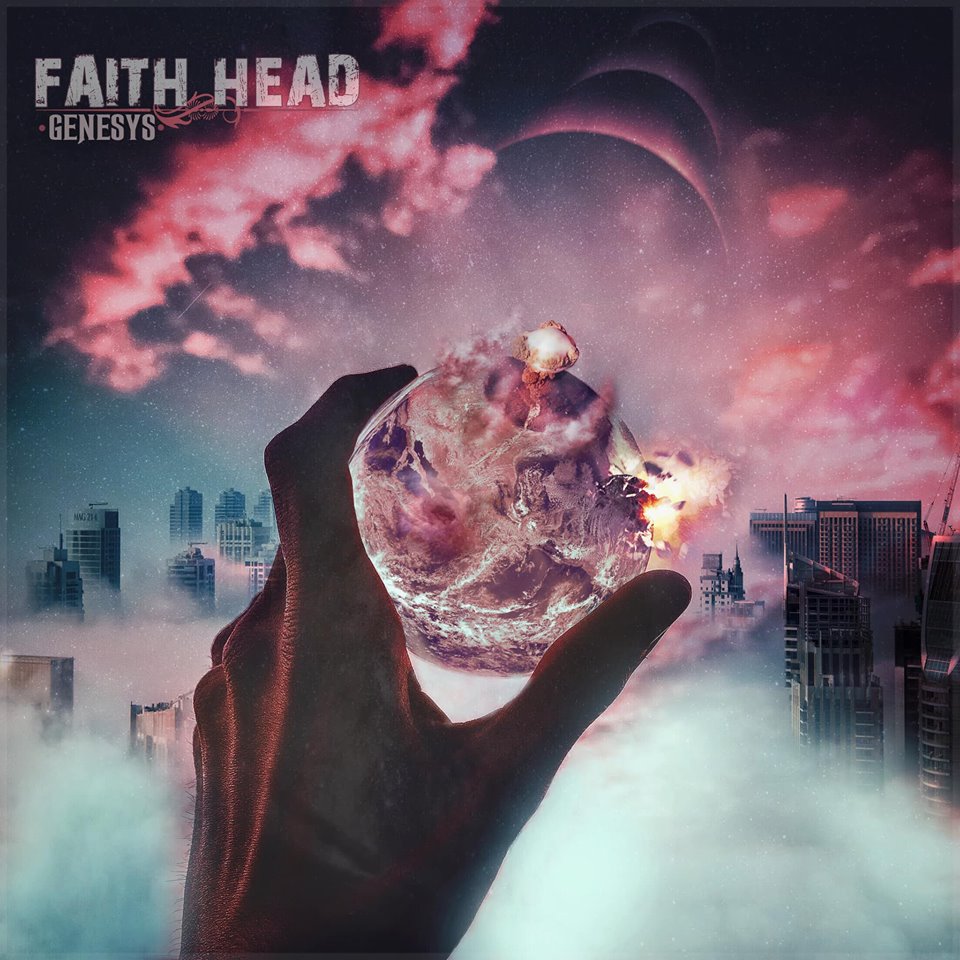 Faith Head has recently released Genesys, their second offering to the realm of Christian rock, and it delivers.

The EP opens with title track “Genesys.”  It starts mysteriously, like a dark and stormy night.  The guitar dances through arpeggios, and the drums and bass are slowly introduced, adding more depth to the sound.  After a few moments, the song really kicks in with some seriously heavy guitars.  The lyrics are a searing commentary on the dismal effects of society’s departure from a higher standard of morals.  The song ends with a breakdown of sorts, starting with just bass, and the drums a few seconds later with some ethereal cymbal work before kicking back in with blistering guitars.

With an almost seamless transition and a drum solo, “Genesys” flows right into “Mindless Automatons.”  This track features some of the most impressive guitar work on the record, somewhat reminiscent of the old school Christian rock bands.  With more remarks on the state of current affairs, “Mindless Automatons” refers to those who just go along with the crowd, trying to be as “cool” and likeable as what they see on social media.  The only path to freedom is through a relationship with the Heavenly Father, the only one who can provide life-giving water in the desert wasteland.

“Old Sin, New Skin” starts darkly, evoking the imagery of a slightly creepy funhouse before the rest of the band enters, the guitars punching out a catchy riff.  This is one of the strongest tracks on the record.  The melodies are tight, and Webb pushes his vocals as he passionately growls his way through the chorus.  Gardner’s sticks dance on the high-hat throughout the verses, lending a lightness to contrast the heavy music.  This track sings of the fact that there is truly nothing new under the sun.  Mankind has been struggling with the same sin since the beginning of time, it just continues to be rewrapped in a new skin as time goes on.

“Prodigal Road” is the only slower track on the EP, and truly allows Webb’s voice to soar.  We all make mistakes and waste time going down the wrong road, but our Father is always there, waiting for us to turn back, ready to redeem us with His loving embrace.  The EP finishes with “Rise Up,” another rocker exhorting believers to respond to the call to action, letting their light overtake the darkness in this world.

Overall, Genesys is a rather enjoyable hard rock EP that challenges believers to boldly live out their faith and stand up for what they know to be true.  With satisfyingly heavy guitar riffs, creative drum beats, fun bass lines, and gritty vocals, it’s a commendable addition to any rock lover’s collection.