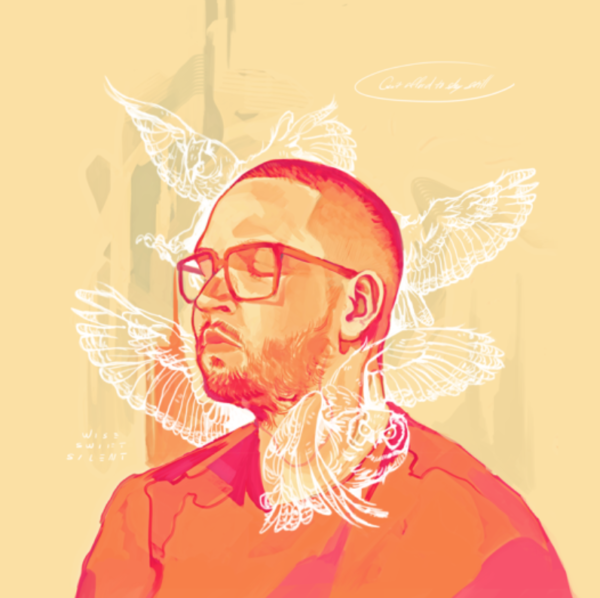 Announced this week on Instagram, rapper Andy Mineo is set to crack open the vault and release WORK IN PROGRESS, an 11 track mixtape comprised of raw, unmastered and alternate versions of songs recorded over the years. The full project is set be released on Friday, August 23rd. Fans can check out the first single: “Keepin It Movin” featuring Guvna B along with the premiere podcast episode of “ The Work In Progress Podcast” now by visiting andymineo.work.

On the first episode of “The Work In Progress Podcast” Andy along with his co-host and manager, Del Mustafa discuss the creative process behind “Keepin It Movin” and self-limiting systemswith guest, Ace Harris (Director of A&R, Reach Records). Andy proposes the notion that limitations help foster creativity and the team shares some of their own “limiting systems”. New audio & video episodes of “The Work In Progress Podcast” will be released every three weeks on Fridays.

About “The Work In Progress Podcast”

The Work In Progress Podcast is a new music podcast brought to you by rapper, Andy Mineo. Inspired by his upcoming eighth studio album, Andy and his co-host/manager Del Mustafa discuss the creative process, inspiration and themes behind his “lost files”. Featuring record label executives, artists, friends and even Andy’s wife, Cristina, as guests; Work In Progress openly explores major themes from his new music including: self-limiting systems, technical ability in rap, creative fear, broken family dynamics, Christianity in today’s political climate and more. New audio & video episodes will be released every three weeks on Fridays.

New York native Andy Mineo is a hip-hop recording artist known for his reflective lyricism. His sophomore album, uncomfortable, became the No. 1 independent record in the country and delivered him a No. 3 and No 10 position on Billboard’s Hip Hop and top 200 album charts, respectively. Mineo headlined the Uncomfortable Tour, a 52-city tour which sold out legendary venues in America and Europe. He has appeared on Sirius XM’s SWAY in the Morning, MTV, and his colossal hit “You Can’t Stop Me”, along with reaching RIAA Certified Gold Status, won an ESPN Whammy Award for MLB’s top Walk Up Song. Andy Mineo carries his music beyond through scripting, producing and directing many of his own music videos.