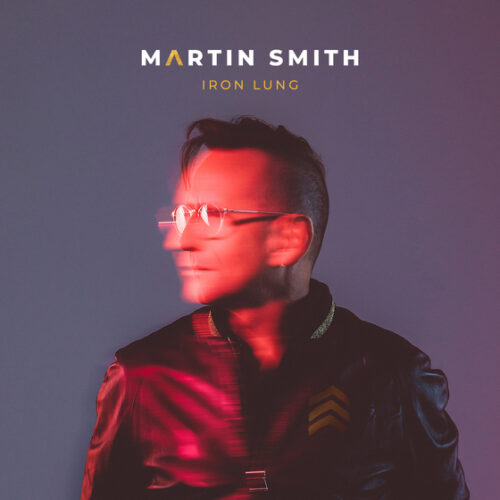 It was last month when Integrity Music officially announced May 10th as the release date for Martin Smith’s, Iron Lung, and today it officially releases to the world. As the follow-up to last year’s live recording, Love Song For A City, and his last studio recording, 2014’s Back To The Start, the acclaimed worship artist, songwriter, and producer is ready to debut his highly anticipated and most personal album ever recorded.

“This record is about joy and wonder, and the grace to keep singing through the journey of life,” Smith recently shared. “It’s telling the story around my first breath as a child to the last breath of someone close to me. Iron Lung is a celebration of life, love, and faith.”

When writing for the album, Smith called on early memories of struggling for breath and how he needed oxygen to keep him alive. The vital importance of breath came into focus for him as a young child when he was diagnosed with a severe case of bronchial pneumonia. He was placed into an oxygen tent, similar to an early 19th-century iron lung device, which kept him alive while his parents fervently prayed for God to save his life. This harrowing experience set a course for Smith, giving him an acute perspective of the fragility of life and how God’s presence, His very breath, can restore what’s been broken.

For him now, it’s a reminder of how God’s life-giving love is oxygen for the spirit. “The theme through the record is the breath of God,” Smith shares. “Without that, none of us can do anything.”

Heavily influenced by the creative community in his hometown of Brighton, a seaside town on the south coast of England, the album was developed with the musicians and creatives Smith does life with at his home church, St. Peter’s. “There’s an amazing worship scene in Brighton, amazing musicians,” he says. “You can hear that energy in the record. It’s an unrestrained explosion of joy.”

Leading up to this Friday’s debut, a series of live performance music videos released this week for three songs from the album, “Iron Lung,” “Great & Glorious,” and “Fire’s Gonna Fall.” The videos, which can be viewed below, were filmed in London during a live listening event and film shoot this past spring.