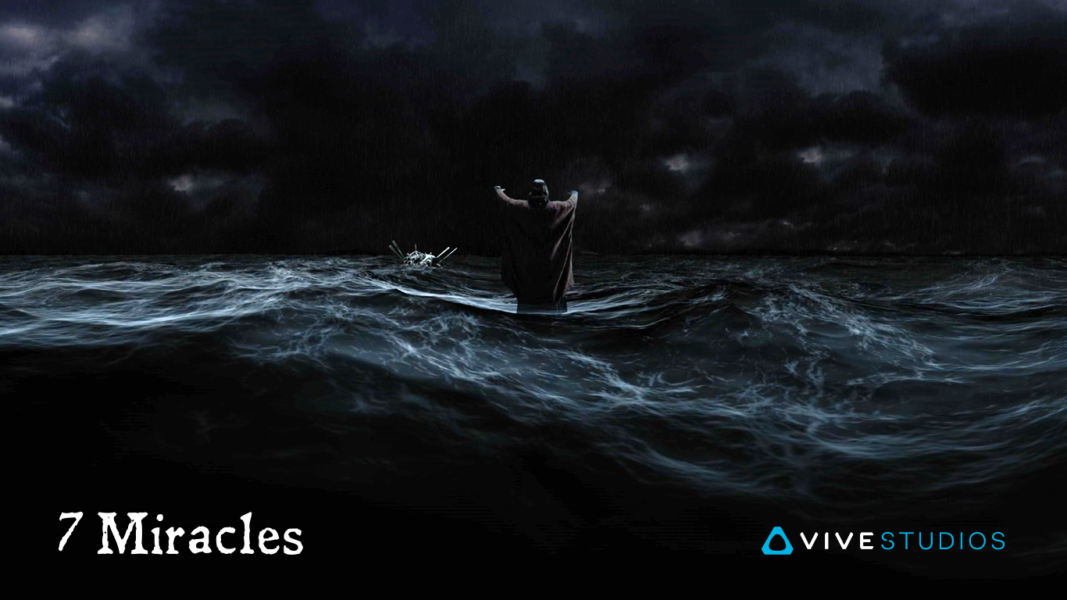 VIVE Studios, HTC VIVE®’s VR content development and publishing initiative, today released 7 Miracles, the award-winning VR film, in partnership with Panogramma and Film Production Consultants. The feature-length VR film is now available on VIVEPORT for the HTC VIVE as well as on Android devices via the Google Play store.

7 Miracles is an immersive VR adaptation of the seven miracles of Jesus Christ based on the Gospel of John. Combining award-winning storytelling and the latest technology in virtual reality, the 360-degree experience immerses and connects the audience to these storied events in a novel and stirring way. Harnessing state-of-the-art VR capture technology, the film was created using photogrammetry and volumetric video capture, producing images in 8K .The seven-part episodic feature runs over 70 minutes, making it the first feature-length cinematic experience from Vive Studios.

“This celebrated story has been retold over and over, yet through VR, we’ve developed an experience that allows the audience to connect with this epic in a brand new way,” said Chris Chin, Vice President & General Manager of Vive Studios. “HTC VIVE has engaged the newest methods in VR filmmaking and editing for 7 Miracles, pioneering the next generation of cinematic content.”

7 Miracles was directed by Rodrigo Cerqueira (Jesus VR: The Story of Christ) and co-directed by Marco Spagnoli (Hollywood Invasion, Hollywood on Tiber, Walt Disney and Italy – A Love Story). The VR film was produced by Enzo Sisti (Aquaman, Wonder Woman, Avengers: Age of Ultron, Passion of the Christ) and Vive Studios’ Joel Breton (Pirates of the Caribbean video game, Unreal video game, Anno 1602 video game, Terrarria video game) and Rodrigo Cerqueira. 7 Miracles was shot in Rome and in Matera where blockbusters such as The Passion of the Christ and Ben Hur were filmed.

Available globally in English, 7 Miracles can now be purchased on Viveport, HTC VIVE’s global platform and app store, for $19.99 while Android owners can purchase the mobile version of the film for $9.99 through the Google Play Store. Additional headsets and platforms, including iOS and the VIVE WaveTM platform, will be compatible at a later date. New 3D room-scale scenes to be added in future updates to further immerse viewers in the PC-VR experience. More information on 7 Miracles and Vive Studios can be found here: http://www.7miraclesvr.com/