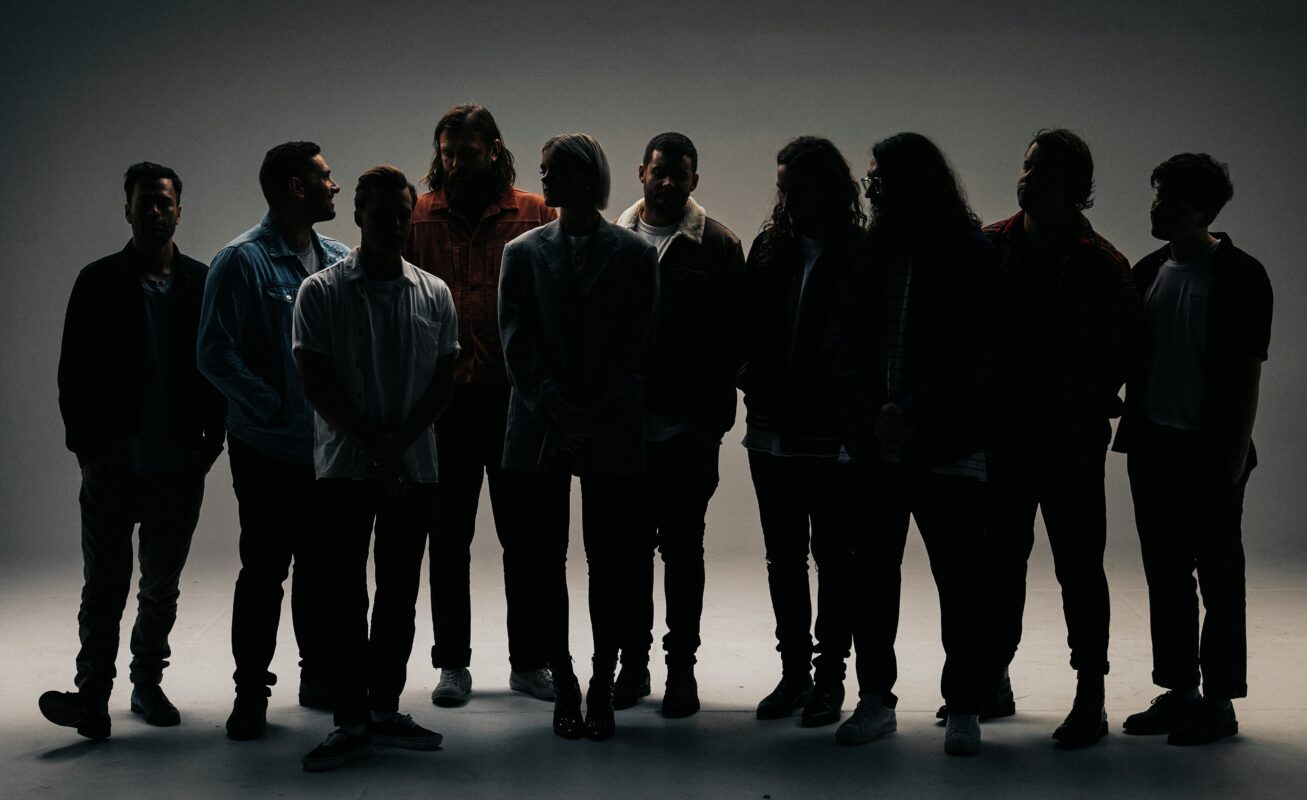 “I’ve been strong and I’ve been broken within a moment.”

There’s something different about Hillsong UNITED’s upcoming album PEOPLE. It hits you in the first line of their single. “As You Find Me,” where a duality between the light and dark comes into play immediately.

“We’ve been through a lot over the years, and we’re somewhat through that now and have come out the other side,” Matt Crocker tells me.

As one of the primary songwriters in the band, he handpicks the single as his favorite track on the new record. And it’s not just because he was heavily involved in the creative process of the song and album as a whole—it’s because “As You Find Me” is unflinchingly honest.

“It just resonates with me, because it’s real…Joel [Houston ]has been going through stuff and struggling with life. He’s come out of that and he’s felt like God said, ‘I want you to write your way out of it,’ ” he explains.

The fact the genesis of PEOPLE lies in the band’s own struggles is nothing new. UNITED began to breach the notion of duality in 2014’s Empires, where imagery around mental illness and systematic injustice came to the fore in lyrics and sound.

In retrospect, their 2016 follow-up Wonder, was a nostalgic throwback to their roots, heralding in the joy and passion of their youth.

Now with PEOPLE, we have a blend of the two— the tension of hope amidst world chaos, and the organic sound of a live recording, their first of unreleased material since 2006’s United We Stand.

Matt Crocker— better known as Crocker (pronounced with the band’s keynote Aussie accents), was one of the earliest members of UNITED. Long before the Sydney church was charting across the globe, Hillsong church’s Rueben Morgan and Marty Sampson mentored Crocker; helping him to refine his craft with songs like “Fire Fall Down,” which has also been recorded by Jesus Culture.

Today, Crocker is one of Christian music’s leading songwriters. And aside from numerous number one albums and tours across the world with UNITED, his hit songs including “Oceans (Where Feet May Fail)”, “Hold Me Now” and “Look To The Son,” have been recorded by artists including Rebecca St James, Shane and Shane, KB, Passion and Bethel.

But this is not something he would readily admit to. Like all his UNITED bandmates, there is a genuine humility to Crocker who emphasises the fact he wants to “keep it simple and do what we love.”

That message is driven home in PEOPLE, as the band seeks to rally people together in a divided world.

“These songs are for everyone. These songs have a message [that] the God we serve is for everyone and all people, no matter who you are, where you are [or] what you think you’ve done,” he says.

“We want to write songs that obviously carry that message of hope and love of Jesus, but also kind of speak of real things we all go through in life; so for us that [means] using our experiences. We have the opportunity to write songs that kind of meet people where they’re at, resonate in their heart and maybe help them out. “

In general, it is said that worship songs are directed outwards or upwards. Some hit songs manage to do both, praising God while also pushing his people to serve the world around them. In PEOPLE, we see UNITED add a third dimension to this dichotomy, where they bravely dive inwards and wrestle with their own sense of self and pain in an effort to grow closer to God.

It comes out in “Another In The Fire,” where the song’s co-writer Chris Davenport (Creative Pastor at Hillsong New York) leads with tenacity as he sings, “And even if [God] doesn’t, I’ll praise him.”

You see it in Houston, as he boldly hits his chest in allegiance and raises his arms to the sky as “Good Grace,” calls for an inclusive church, reminiscent of God’s kingdom.

And I hear it in Crocker’s voice, as he unassumingly speaks to me like you would a friend, and recounts what one of the most successful Christian bands in the world’s values is.

“I love the beauty of our church and I know no church is perfect, but I love ours and it’s where I am,” he says.

Perhaps the beauty of PEOPLE isn’t just the delivery of UNITED’s hard fought-for testimony of God’s grace, but their commitment to love all people, in and out of the church. An act that feels more and more revolutionary in an era where denominations, politics and circumstances demand we be pulled apart.

“[We want to] keep it simple and write songs that are simple and needed,” says Crocker.

Sure, that kind of love isn’t easy. But it is real. And ultimately, that is at the heartbeat of a band who want to keep it all about Jesus.

“We always want to push through with those lyrics and not try to do anything else but real.”

Hear more from UNITED’s Matty Crocker on this week’s episode of the Between You & Me podcast!