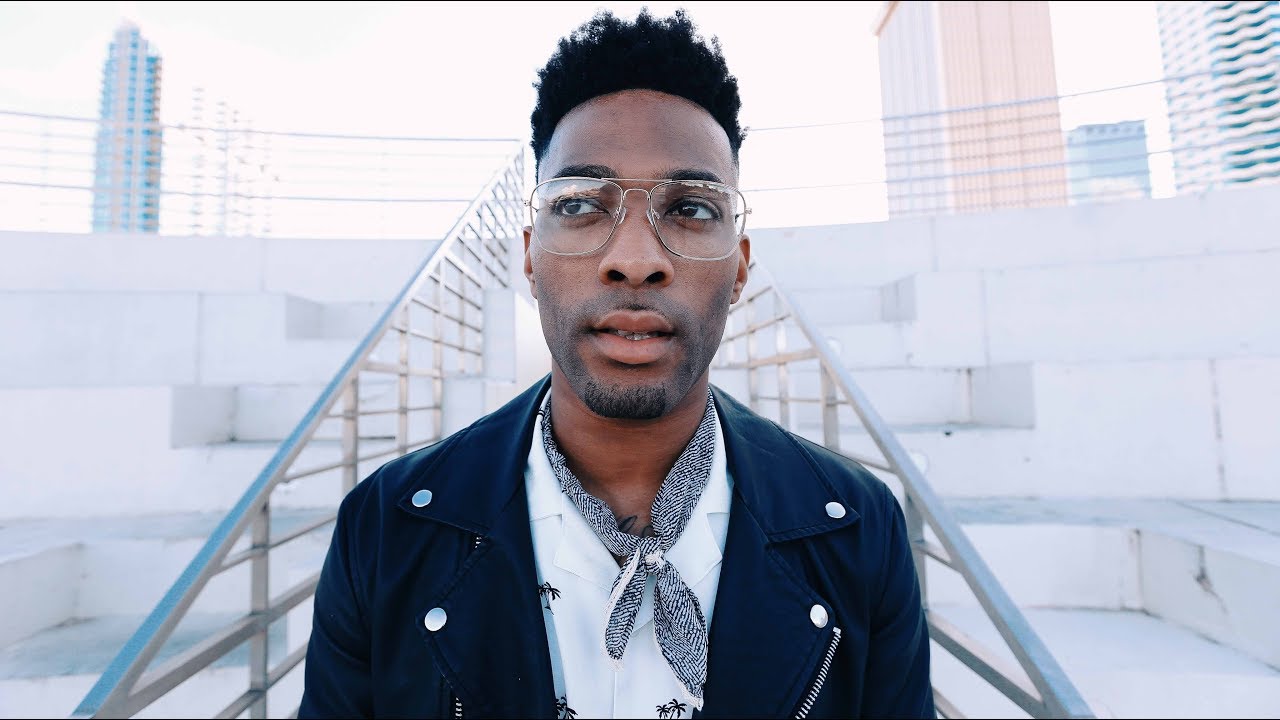 Welcome back to our new interview series Take 10; 10 questions with musicians which will Take you less than 10 minutes to read & check out 1 of their songs. For this second episode we have one of the brightest new talents on the CHH scene, YB. With a pretty substantial catalogue of music under his belt, and fresh off the back of releasing his two new singles No Boxes and Dear Soldiers this year, here’s a quick intro into YB.

Hey YB! Where are you from? And how did you become a Christian?

What is up! I’m from Central Arkansas, that’s home! Me becoming a Christian was a legit journey! I rode the fence between the world and God for years. When I made it to college, God’s pursuit of me became real. I got connected with our college ministry and shortly after was invited to Passion conference. I gave my life to Jesus the second night. January 1 of 2013 my whole life changed and I never looked back.

When did you know you were called to be a musician?

I was always involved in music. At age 8 I did my first free-stlye for my brother’s friends. For me it wasn’t figuring out if I was going to do music or not, it was more of when I do rap, who will it be for, God or me? That was the tug.

So why are you called YB? Where did that name come from?

The name came from my older brother. Early on, I used to go by Yung Bran. Well one day my brother said to me, “bro, you’re not going to be young forever. So now what?” After he said that I was puzzled haha! I was 13, my main focus was getting homework done later that night!

He looked to me and said, “why be normal? Why be content? Why not be great?” my name actually serves as a question.

Your latest single No Boxes just dropped. What’s the message behind that track?

“No Boxes” is to simply never settle. Being an independent artist, I’m hit with more than enough opportunities to take a short cut and do what everybody else is doing, but no. I’d rather count the cost, create with my convictions, and leave behind something worth standing for years to come. That approach requires, No Boxes.

You call your fans “Soldiers” and kicked off the year with a new personal track “Dear Soldiers”. Why do you call them soldiers and what does that song mean to you?

Dear Soldiers means everything to me honestly. For many who have been following our journey know our music has grown and matured a ton, but Dear Soldiers was my first attempt to really pull back the curtain on my life and show the “soldiers” hey, I have to fight the good fight of faith too.

You play a lot of Youth events and in your song “Ayo” you say “lost so many youths, so many gone astray”. Speak a little bit about why you’re so passionate about pouring into youths’ lives and what we could all do to keep youths in Church/attract them back.

As creatives and artist we have influence, right. But what we’re able to do doesn’t even come close to what a student who’s truly sold out to the gospel could do on a campus of 1500 students. I’m passionate about reaching youth because they to me, they truly are GAME CHANGERS.

I feel like if I start there, with the people, everything else will take care of itself. Regarding the church and the youth, I feel like we as a whole are figuring it out. I visit a lot of cultures within the church and one thing that I’ve seen constantly is that students are not only showing up to experience ministry, but they’re actually leaving the four walls of the church EQUIPPED to be who they’re called to be in Christ.

I’ve been listening to Dillon Chase’s Joyful Loser album for some time now and it was awesome to hear your familiar tones on Idol Time. How did you get hooked up with Dillon, and which other artists would you love to work with on a song?

Ahh! Yes, that was fun! Yes, honestly, after coming into CHH, Dillon Chase was probably the second artist I discovered that was really getting after it in ministry. To say the least anyone who follows Dillon knows he’s an inspiring leader. So when he reached out via instagram I was legit shocked haha! It was dope working with him.

What bible verse is speaking to you the most right now?

Oh man, right now it’s Proverbs 3:5-6. That one always hits home because I’m a planner and I love lists and ect. so to say the least, it is very easy for me to get in my own way. That verse just reminds me God’s got it.

What can our readers be praying for YB about over the coming months?

A ton! Haha, we’re brewing up some other collabs and more content! We got to take care of the soldiers!

If there’s someone reading this who’s feeling beat up by life and their energy tank is empty, what would you say to them?

I’d tell them that God is a God who sits high and looks low. He’s closer to your hurt and your pain than you know.