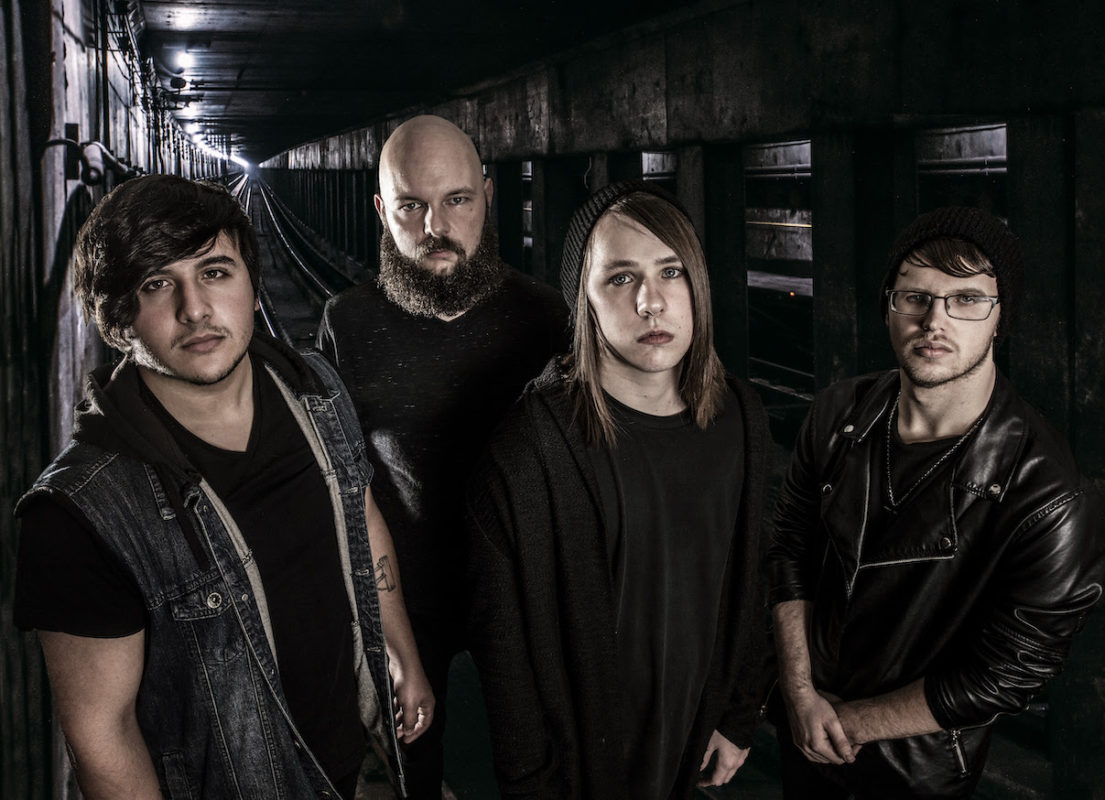 JesusWired Talks with The Persuaded About Dawn of Destruction

Recently The Persuaded took some time to answer a few questions from us about their latest album Dawn of Destruction.

A. There were a ton of things that just seemed to hit us all out of nowhere towards the end of 2016 and throughout 2017. Relationship stuff, friendships that went sour, family issues, financial struggles. It all kind of came crashing on top of us, and for a while we weren’t certain what the future of the band was going to be. But, I felt God so fiercely in that time tell me to keep holding on and that He had a plan. And I just watched God slowly put everything back together perfectly, piece by piece. And what came out of it was a collection of newly written songs, and some older songs as well, that I think all fit together perfectly to tell this story of struggle and pain and finding hope and redemption through that.

Q. Color me biased, but Kevin Young was a great pick for “Unashamed.”  Why did you choose him to accompany your group on vocals for that song?

A. I love Kevin’s heart for the Lord and for ministry. He is someone I’ve admired and looked up to for many, many years now, and after playing shows with him and getting to know him more, I felt strongly about having him feature on this particular song. “Unashamed” is a declaration of our faith and a song truly about being bold and unashamed of Jesus Christ even through persecution— keeping that faith through the deepest struggles in life. And when I thought about that song, I just could not get over the thought that Kevin Young would fit so perfectly in it—and he very much did.

Q. Are those spoken towards in “To My Brothers” a general group of people that perhaps you haven’t met or are they real people that you are familiar with that you have in mind when you sing those lyrics?

A. I think it’s a bit of both. We meet so many amazing people at shows and online who tell us their stories—heart-wrenching stories of pain and struggle. And a lot of times they tell us about how they have struggled to keep their faith, or have faith at all. “To My Brothers” is a song for people who have lost their faith or are going through immense struggle right now. Don’t ever lose Hope.

Q. You guys took a very strong stance on not being silenced right at the start.  Why did you decide to start with that?

A. For us, I think it was important to let everyone know right out of the gate what we’re all about and that we will not be silenced by the music industry, the media, the world, or even the Church. We believe we have a message to bring, and there are people out there who need to be heard and seen and hear the message of love that is Jesus Christ. We want to reach those people with our message.

Q. Betrayal is another thing that pops up on Dawn of Destruction in multiple songs.  It’s a good thing to talk about because we’ve all dealt with it from time to time.  Why did that appear on this album as much as it did?

A. Betrayal is something I think everyone goes through at some point. In the songs “Wolves” and “Betrayal” we deal with the topic from different perspectives. One is with more anger, and the other is with more sadness and hurt. I think we all go through those different phases of feeling those emotions. And ultimately, the message we wanted to present in those songs is forgiveness—forgiving and moving on. Sometimes in order to do that you may end up having to make one of the most difficult decisions in life which is cutting a toxic person out of your life. And that is never easy.

Q. You guys have spoken about wanting to reach out to the lost, suicidal, depressed, and those struggling with self-harm through your music.  There is often not a Christian voice speaking for what we struggle with.  Why have you decided to reach out to those people?

A. I think you summed it up right there. There are just not enough people talking about it. The depressed, anxious, suicidal and self-destructive people need to be reached. They need to be loved. And too often they have been cast aside by the Church and by the world. Our mission as The Persuaded is to go out into the world and reach those people.

Read our Dawn of Destruction review