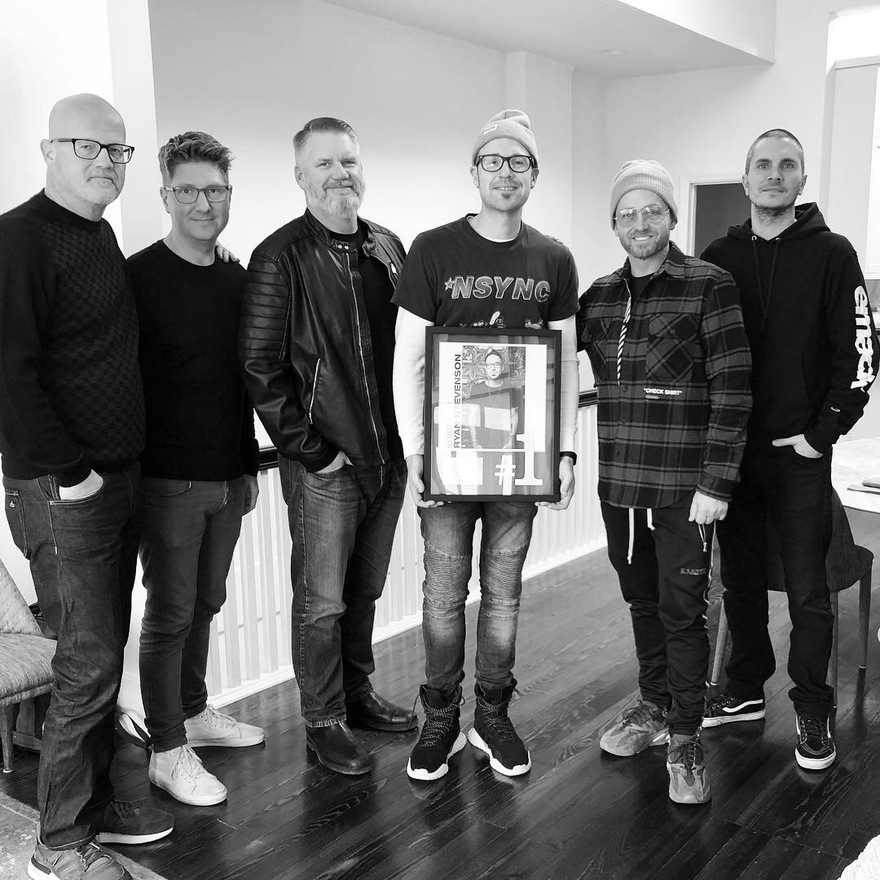 The song was written by Ryan Stevenson, producer Bryan Fowler and Jonathan Smith. The song is also the title track to Ryan’s 2018 album, which features Bart Millard of MercyMe plus the hit single “The Gospel” and “Faithful” featuring Amy Grant.

“When people finish listening to ‘No Matter What’ and the album as a whole, more than anything, I hope they’ll walk away knowing that, no matter what they think about themselves—the shame, regret, guilt of their pasts—Jesus still sees them through the lens of redemption and grace,” shares Ryan Stevenson about the No. 1 single and 2018 album.
The latest single, “With Lifted Hands,” is currently at radio and in just two weeks is already in the Top 30 on Billboard’s Christian Airplay chart. It is currently playing on SiriusXM’s The Message, the WayFM network and featured in Spotify’s Top Christian Contemporary playlist.
Fans can catch Stevenson right now on the popular 2019 TobyMac Hits Deep tour that has been selling-out many of the dates in just the first three weeks of the tour. For the remaining dates, click here.

ABOUT RYAN STEVENSON: Following a nine-year stint as a paramedic, Pacific Northwest native Ryan Stevenson signed an exclusive agreement with Gotee Records in 2013 after capturing TobyMac’s attention by co-writing the No. 1 and Grammy® nominated single “Speak Life,” His first recording for the label was the Holding Nothing Back EP in 2013, which garnered the Top 20 single “Holding Nothing Back.” This was followed by 2015’s full-length album Fresh Start, which featured the 14 consecutive weeks No. 1 Billboard radio single “Eye of the Storm” in 2016. With four No. 1 singles (three as an artist and one as a co-writer), a GRAMMY® nomination, Billboard Music Award nomination, a Dove Award (2017), ASCAP honors and major tour bills with the likes of TobyMac, MercyMe, Newsboys and Matt Maher, among others, Ryan has already distinguished himself as a rare talent whose unique perspective guides his honest lyrics and sonic sensibilities.

Buy No Matter What here