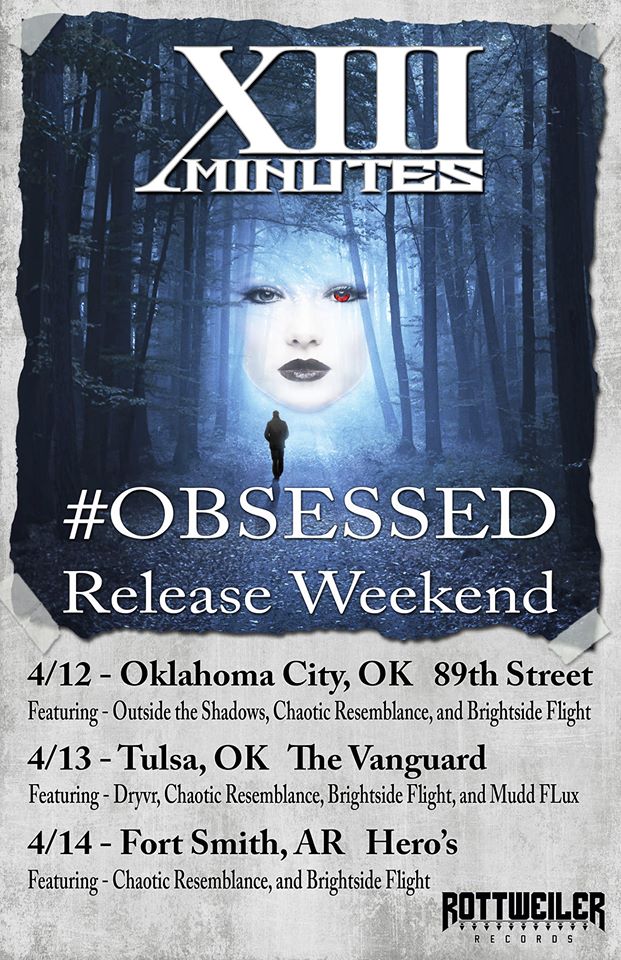 One day just wasn’t enough to celebrate the release of the long awaited XIII Minutes album Obsessed. The party is going on all weekend across 3 shows in Oklahoma and Arkansas. So if you are in either of those or surrounding states, I suggest you make plans to attend one of these shows. The lineups also include bands such as Chaotic Resemblance. The dates found on their social media go as follows: