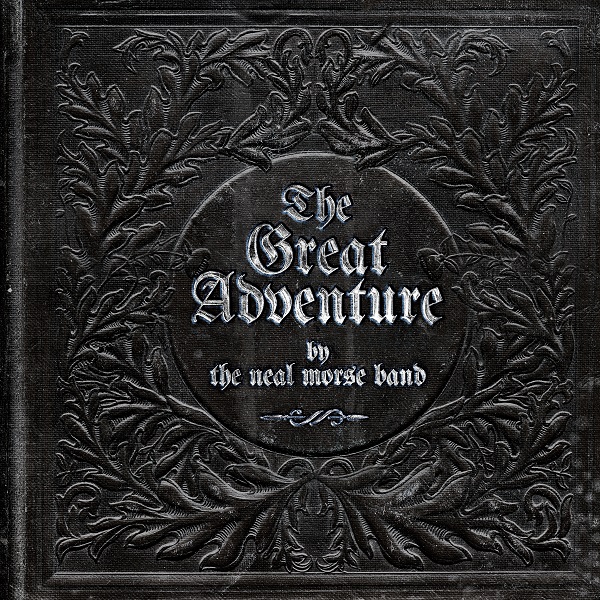 Progressive Rock is a genre quite uncommon in the Christian music realm. The art form emerged in England during the 1960’s when rock musicians began pushing the boundaries of current pop music by attempting to meld popular rock stylings with the intricate musical sensibilities of classical music and the eloquence of conceptual storytelling. The style produced many legendary bands like Yes, Genesis, Emerson Lake & Palmer and King Crimson which were all known for their complex musical arrangements, technical music proficiency and eclectic, poetic lyrics. Later, North American bands like Rush and Kansas emerged and connected with fans on a global scale. “Prog Rock” began to decline in the late 1970’s with the rise of punk music and related cultural shifts. Progressive Rock became an underground genre as the public’s appetite for virtuosity and elaborate arrangements waned.

Enter Neal Morse, a world class musician of the highest order. The singer, songwriter and multi-instrumentalist co-founded 90’s Progressive Rock band Spock’s Beard with his brother Alan. The band became one of the most successful, prolific and revered Progressive Rock groups in the world. During the span of his time with Spock’s Beard, Neal formed two other groups including Translatlantic and Yellow Matter Custard (a Beatles tribute supergroup). The pre-Christian Morse explored the concepts of light and darkness in much of his work as if he were unwittingly searching for absolute truth. In 2002, Neal finally found what he was looking for and became a born-again Christian.

After leaving Spock’s Beard, joining forces with world-renowned drummer Mike Portnoy (formerly of Dream Theater) and releasing multiple solo albums along the way, the Neal Morse Band is set to release the follow up to 2016’s epic The Similitude of a Dream, a modern adaptation of The Pilgrim’s Progress (a Christian allegory written by John Bunyan and originally published in the late 1600’s). Part One of the book follows one man’s pilgrimage through life en route to the Celestial City. As with the book, The Similitude of a Dream finds resolution in its second volume.

The Great Adventure (due out January 25th on Radiant Records) begins where Similitude left off as the protagonist’s family begin their journey to join him in the Celestial City. Signaling that the album is Part Two of an ongoing saga, The Great Adventure’s opening “Overture” hearkens back to one of Similitude’s most memorable musical themes (“Makes No Sense”) to tie the two albums together and set the framework for Part Two of the unfolding story.

As a truly collaborative effort, the band members are granted a place in the spotlight as each represents a character in the story. “Welcome to the World” is the first single and one of the most immediately accessible songs from the album. With soaring vocals and intriguing twists and turns, the five-and-a-half minute song offers a virtual smorgasbord of musical virtuosity and creative energy.

The second single, “The Great Adventure,” is another easily digestible gem which remains musically adventurous while allowing opportunity for the casual music fan to relate.

The confused, angry and bitter demeanor of the characters in parts of The Great Adventure lurk like leaden skies in “Dark Memory,” “I Got To Run” and “Venture In Black.” Conversely, flashes of hope and optimism shine radiantly in tracks like “Hey Ho Let’s Go,” “Vanity Fair,” and “Child of Wonder.”

Musically, some of the most technical and aggressive moments on the album are encapsulated in songs like “A Momentary Change,” “Overture 2,” “Fighting with Destiny,” “Welcome to the World 2,” “The Element of Fear,” “The Great Despair” and “Freedom Calling.” Lighter moments can be found in “Vanity Fair,” “Beyond the Borders” and “Child of Wonder.” The ultimate hope for humanity is revealed in “A Love That Never Dies.”

Neal’s renowned songwriting and musicianship are evident throughout the double album while Eric Gillette’s crystalline vocals and guitar virtuosity occasionally steal the show, if only for a moment. While any album with Berklee College of Music grad Mike Portnoy on drums is a must-listen for any serious drummer, the roster of shining stars is completed by bassist Randy George and keyboardist Bill Hubauer.

The members of the band musically complement each other to an extraordinary degree, creating a whole far greater than the individual parts. Overall, The Great Adventure is not quite as earth-shattering as the career-defining The Similitude of a Dream but it’s still a remarkable accomplishment and fitting conclusion for the tale of The Pilgrim’s Progress.

Neal’s solo work is evangelical in that it seeks to reach ears that may have never heard the gospel of Jesus Christ without being overly intrusive. His world-class musicianship and attention to the creation of legitimately exceptional art draw in those who value that aspect of the music. But, trust me, Neal never hides his light under a bushel. Unlike some of today’s popular Christian music artists, Neal knows Jesus, knows where Jesus is located at this very moment as well as the true nature of eternity.

In a world where most Christian musicians have curiously walled themselves off from the secular world, I’ve always believed that we should be making great music that is relevant to everyone. We serve the most creative Being in the Universe. Our art should never be subpar and our message should be unrestricted. For those who wish to create great art without preconditions, Neal Morse is a great mentor from whom to learn.

If you enjoy the art form of music and the challenges of the Christian journey, you’re going to love the pilgrimage Neal Morse and his band of merry men have invited us to embark upon as they bring the chronicle of The Pilgrim’s Progress to completion.

Check out our interview with Neal!

Check out our concert review of the Nashville show on February 2nd.