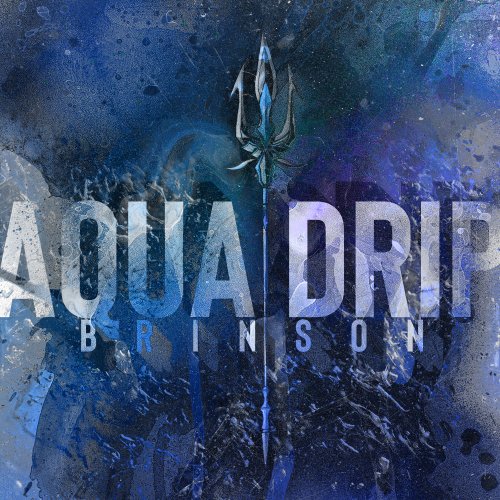 In the comic books and upcoming movie, Arthur Curry (aka Aquaman) finds himself caught between two worlds – one he was born in to and one his soul knows is really his home. He also has access to abilities that are beyond the realm of most humans, but finds he is often reluctant to tap into such awe-inspiring power.

It’s a story that speaks on several spiritual levels to an artist like Brinson, which is why he turned that inspiration into his latest rap single: Aquadrip.

The trap-heavy track blends an ocean’s worth of water references into a believer’s anthem about the confidence the Holy Spirit brings to one’s identity.

When he’s not on the mic or running his GodChaserz Entertainment label, Brinson can often be found perusing comic book stores for the latest hip hop variant cover or providing content to his growing Flux Comics channel on YouTube. “Aquadrip” also follows the rapper’s latest EP, Vibranium, that was released in step with the debut of the movie Black Panther.

“I’m no rookie to the comic game,” Brinson said. “I love how the genre offers an escape, yet contains so many narratives that speak to what’s going on in our real world. I pray my music does the same for listeners.”

“Aquadrip” is available on all digital music platforms as of Friday, December 21, 2018 – the same day as the U.S. release of the Aquaman movie.