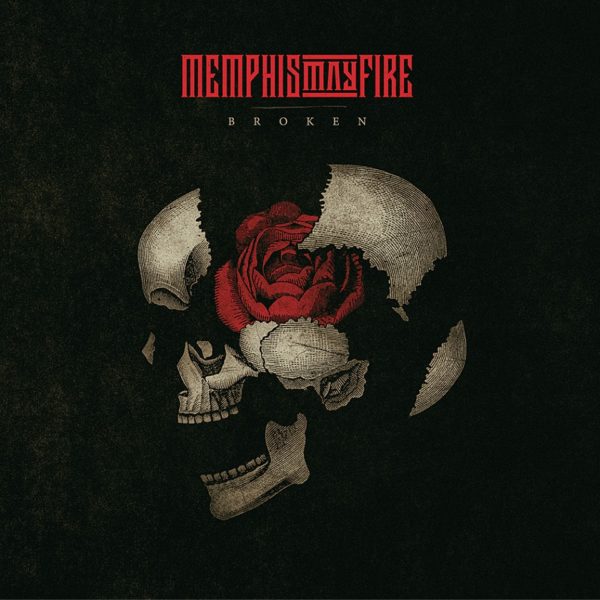 Memphis May Fire lights up the Christian Rock market with the release of their 6th studio album “Broken”. Fans of the band will find no surprises but will be pleased to find plenty of hard-hitting songs that you’ve come to expect.  An over-riding theme of the album appears to be being true to yourself and redemption. The band delivers 10 solid tracks of driving rock and roll.

Though the reaction to this album on social media has been mixed, there is no reason that this critic can see for fans to be disappointed. With an average song run time of about three minutes thirty seconds, the listener doesn’t have time to become bored with each track. There are plenty of choices for singles off “Broken” because each song could easily stand on its own, but here are some highlights.

The album opens with “The Old Me” an upbeat mid-tempo groove laced with great harmonies. The driving guitar riff launches you into the album and sets the tone for the rest. The song that really jumps out to this critic is the song “Sell My Soul”. The lyrical message is very clear and is very relatable in our current cultural and political environment. The smooth chorus is infectiously addictive and will have you singing along after the first chorus. From beginning to end the dirty sliding opening riff hooks your brain.

Another song that stands out thematically is “Heavy is the Weight” which features a short rap from Andy Mineo. It’s a nice surprise but kind of ruined the mood of the song for this listener. “Over It” is another great head banging track whose title makes it self-explanatory. It’s a great rock anthem for our times that everyone can easily identify with on many levels.

Matty Mullins’ vocals are strong through the album. The guitar work of Kellen McGregor is nothing short of impressive. Jake Garland’s drumming keeps everything moving across the sonic landscape of each song. Though the instruments seem to take a backseat several times to the loops and industrial fills in the mix. It’s great to hear all the extras stripped away in “Mark My Words” to hear pure rock from Memphis May Fire.

Memphis May Fire is walking that fine line of cross-over lyrics with a Gospel identity that is very thin. Nonetheless it’s a great album that believers and non-believers can identify with and rally behind. It’s certainly an album you want to add to your playlist and or collection.