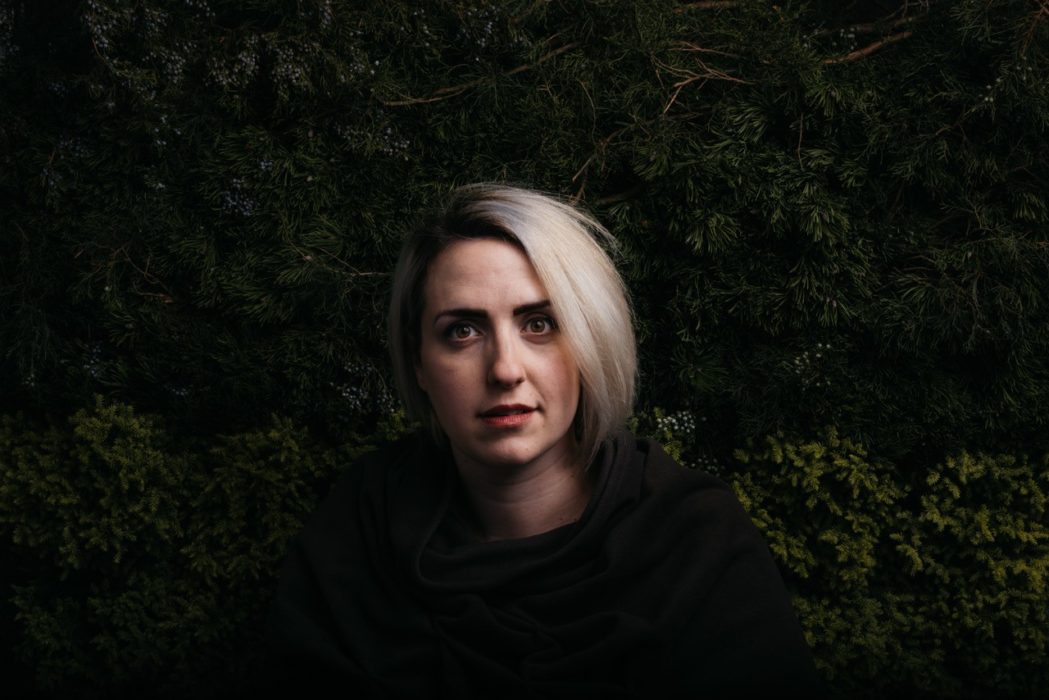 Audrey Assad talks about her deconstruction of faith

“God on a cross. Who would have thought? This place looks nothing like Eden.”

In the opening lines of her fourth studio album Evergreen, Audrey Assad is blatantly honest. And as you listen to the clear, pure tones of the acclaimed singer/songwriter unpacking her faith, shame and doubt, you can’t help but feel like you’re on holy ground.

Like many of us, Audrey Assad grew up in a fundamentalist Protestant household. Since her 2010 debut The House You’re Building, she has carefully deconstructed this framework, inviting listeners into exploration into social justice, Catholicism and marriage. But there’s a sense in Evergreen that Audrey has come to a breaking point in her faith.

When I speak to Audrey, I frame this breaking point as a palatable “wrestle with doubt.” She just laughs.

“I wouldn’t even say wrestling with faith, it was sort of a few years journey through Nihilism, but kind of against my will!” she says.

Nihilism, the belief that life is meaningless, seems to be the exact opposite of a belief in God, and doesn’t happen without process. So naturally, Audrey searched for music, and after her 2016 hymn based record Inheritance she didn’t feel she could release another worship album and be authentic.

“I felt still very attached to those songs. It came from my heart as much as it could, and I think I put that into my music, where I was wrestling came out in the sounds of the album,” she explains.

If Nihilism was the deconstruction of her faith, then the reconstruction occurred when she dived into the work of Dr Martin Luther King Jr.

“I came to a place I was too compelled by Dr King and his writing to give into Nihilism, because I found myself super compelled by his commitment to this idea that ‘the arc of the moral universe is long, but bent towards justice,’” she says.

“If he can say that after all he saw and witnessed and experienced, who am I to disagree? And it kind of became a choice I made — I’m going to walk away from the idea that nothing means anything and there is no justice in this universe.”

Conventionally, this loss of faith shouldn’t equate to a provocative faith-filled album like Evergreen. But a few songs in, and you realise that’s the point of the album itself.

From the title track, to the compelling “Irrational Season,”and the closing single “Drawn To You,” we are given a microscope into the long journey someone takes when they lose everything and seek truth at all costs.

The imagery of the Evergreen tree—a species that remains green through every season of the year, is then ideal for Assad’s journey. Or as she would phrase it, “this return to hopefulness that took me years to get to.”

“[My] belief has changed the most. I really have intellectual certainty about almost nothing when it comes to specific ideas and dogmas about God, and the nature of God, and the way that God is revealed,” she explains.

“I’m so much more compassionate to my doubt now, I really give it a seat at the table. And when I wasn’t doing that for years, it really created repression.”

You hear this doubt blatantly through Evergreen. Lyrics that form landscapes of bareness and pain are rife, yet so are scriptures that herald the compassionate and justice-oriented nature of God. The juxtaposition of the two seems to make each other more beautiful, and is highlighted by her constant return to the notion that God is characterized by mercy and peace.

Her collaboration with Propaganda is the most obvious representation of this, as powerful chords cause goosebumps of conviction to form as she says, “Come join the mourners, and God will weep with you.”

More subtle references are in  “Wounded Healer,” where we meet a Christ who suffered with and for us, and the eloquent “Immanuel’s Land,” which details God’s coming Kingdom, and what we are meant to implement in the here and now.

The fact is, these aren’t just words for Assad. They are lived experiences, and I can sense her conviction as she talks about taboo issues with a propensity that wills me to move forward with her.

Racism, gender divisions, class divide, immigration, and addiction—all these complex topics come up in conversation, and each deserve a platform to fully unpack the importance of overcoming them.

For Assad though, the bottom line is this:

“If I believe justice is an integral part of the Kingdom of God and here on earth, I can’t just pretend these things aren’t happening and sing about heaven when heaven is supposed to be in the here and now.”

She lived this out when a portion Evergreen’s pre-orders were donated to Preemptive Love Coalition —a charity that seeks to support and provide for Syrian and Iraqi families and people displaced by war in the Middle East.

She also frequently speaks about her own struggle with pornography addiction as a teenager, and advocates for people vocalising their shame. Twitter is her peaceable sword of choice, and she uses it as a platform to highlight topics that undoubtedly cost her record sales in evangelical circles.

Given all this, I struggle to pigeonhole Assad, and rightly so.

What shall I call her? A Catholic? A strong female? A progressive voice in the Christian music industry?  An anti-porn advocate? Or should I identify her by her Syrian American heritage, and highlight how intrinsic her voice is in a global conversation about immigration, peace and reconciliation?

The fact is, Audrey Assad is all these things. But perhaps what is comes down to is this;

And you hear that openness in all its glory and defeat on Evergreen; reminding you that perhaps your own doubt deserves a seat at the table too.

Listen to our full interview with Audrey Assad now on the Between You & Me podcast.

Read our review of Evergreen now.