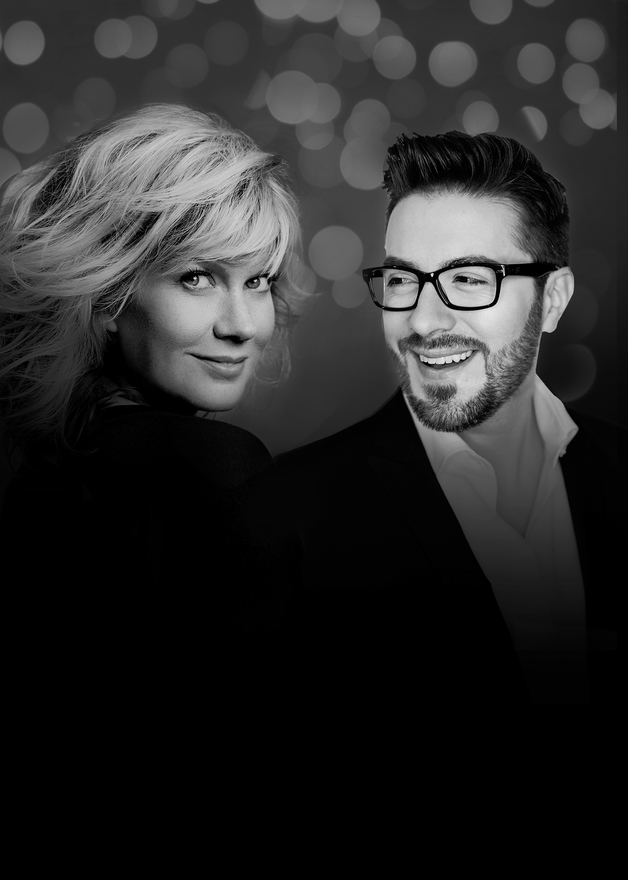 GRAMMY® nominated power-vocalists Natalie Grant and Danny Gokey released their version of the contemporary classic, “The Prayer,” to radio and digital platforms nationally as they launched their 3rd annual Celebrate Christmas tour in November.  The song has been a highlight moment each night in their show since they began their branded tour in 2016.  Audience responses coupled with 2018 being the 20th anniversary of the original release became the impetus for the vocalists to record and release this new version.   Now they’re debuting their first televised performance of the song and the tour on TBN, December 21st at 8/7 CST.  Click the link tree to listen HERE.

“This will be the third year of Natalie and I doing our Celebrate Christmas Tour,” said Gokey, “and the challenge with touring at Christmas is you can only get in a few markets during the holiday time frame.  We’re thrilled that TBN has partnered with us this year to air a portion of the show as a Christmas special on the network.  We’ve been singing ‘The Prayer’ as part of our tour set each year and now we’ll get to share it with a national audience!”  Check your local TBN listings for airdate.

Watch the video by Natalie Grant as she shares her personal message of how “The Prayer” is the perfect message for the Christmas season:

On the heels of a series of SOLD OUT shows on the tour, the duo also made a special stop in Bay County yesterday to deliver gifts from concert goers attending shows November 29 – December 8. Grant & Gokey heard about the devastation in Bay County and the surrounding areas and wanted to find some way to help. The artists enlisted their fans to bring toys to their first eight Christmas shows so they could deliver them prior to their Dothan, Alabama show on December 12th.

“The response has been amazing,” said Grant.  “People have just blown me away with their spirit of giving.  We’re excited to be able to help in some small way to bring a little Christmas cheer into a difficult time for the families impacted by the hurricane’s aftermath.”

“We realize that the need is so much greater than toys, but to a parent who is worried about so many other things following an event like this, we’re happy we can help lighten the load, even in a small way,” continued Gokey. “We also wanted to help raise awareness of what was really happening in the area, so that people could get involved on some level.