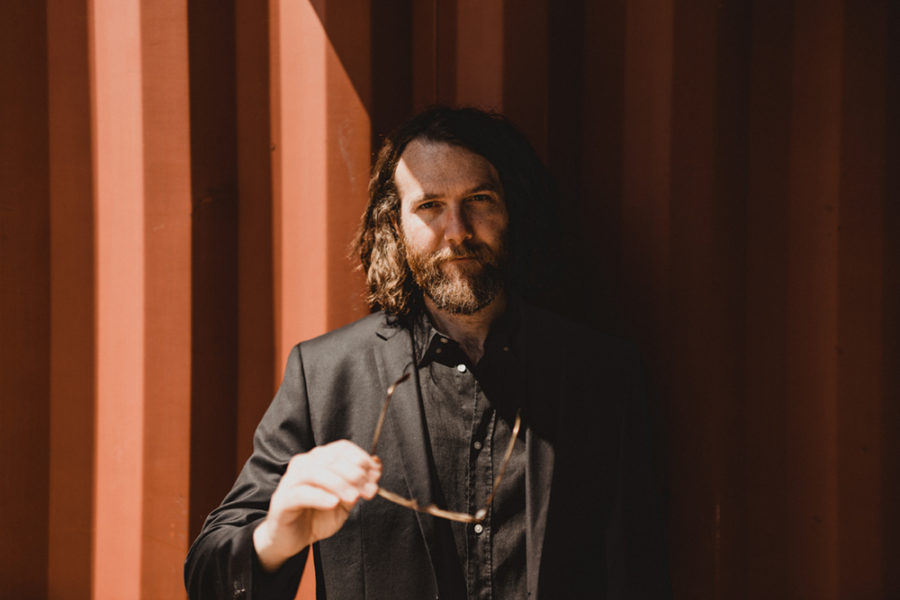 John Mark McMillan is a man who marches to the beat of his own drum—or whatever acoustic guitar or synthesiser he happens to be playing at the time. So it was somewhat unusual for him to release a Christmas record like most CCM artists. But following the Mercury and Lightning Sessions EPs that were produced by his good friend Everett Hardin, rolling into a holiday record was nearly a given.

“We had so much fun doing that record (The Mercury and Lightning Sessions) I was like, ‘Everett I don’t want to stop working. Let’s do a Christmas record like what we’ve been talking about for the past 5 or 6 years!’” he laughs.

I’m not sure I’d call Smile In The Mystery fun—but that’s purely because it’s not your average Christmas record. Much like its composer, it is full of nostalgia and longing, with a hint of discussion around the empirical framework of God’s kingdom and a melancholy ode to love and the holidays. Basically it’s delightfully honest and complex. And after speaking with John Mark, I think that’s the way he likes it.

His 2013 track “Baby King,” sets the tone of the album, where acoustic guitar meets horns and his compelling vocals.

“I thought about that obscure verse, ‘The government will rest upon his shoulders.’ I thought how ironic is this, the government resting on the shoulders of a homeless baby boy? I was like, ‘Oh man, if that’s not the Gospel and the picture of Christ then what is?’ It’s beautiful.”

Contemplating human structures of power and government through the song, he tells me he found “Baby King” more relevant in 2018 than when he first wrote it.

“A president or a king or a prime minister, they would come with their guards and guns and their security, and here is Christ [who is] very weak,”

He audibly tries to wrap his head around the juxtaposition of power and I can hear the awe in his voice. “Gosh, that’s got to say something about how God feels about politics and power.”

“I definitely feel like Jesus speaks to politics in that I think it really matters how people are treated, but I don’t for a second think that God thinks that government authority has real power to fix the human dilemma.” 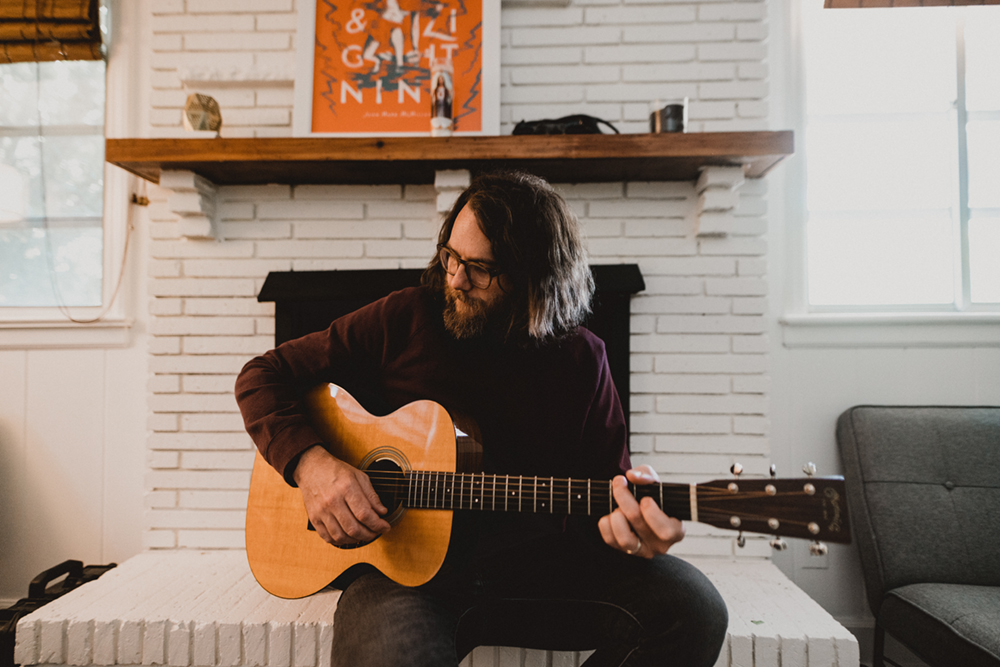 This divine mystery continues into “Silver and Gold,” from the Rudolph The Red Nose Reindeer soundtrack. It is one of three nostalgic takes on classic songs, including Louis Armstrong’s “What A Wonderful World,” and Bob Dylan’s, “To Make You Feel My Love”, making for an eclectic yet heart-warming EP.

He names “Silver and Gold” as his favorite track on the record, and tells me how he and his wife Sarah (who performs the track’s vocals) penned the rest of the song after discovering the original was only a verse.

“We sat up late one night and wrote all the other verses and parts and it sort of becomes a commentary about what is silver and gold. And why don’t we write about what real silver and gold is? So we wrote this really, really nostalgic sad couple of verses about people you love and kids growing up and it turned out so good,” he says.

John Mark is known for his vulnerable and artistic lyrics. And irrespective of where you stand on the “sloppy wet kiss” debacle from his famous hit “How He Loves,” you can’t deny the humanity behind the artist’s delivery. He showcases this once again in Smile In The Mystery, and doesn’t plan on stopping anytime soon.

“Vulnerability is something that I work [with] from the beginning. If I don’t feel emotionally connected to [ideas], I lose interest very quickly,” he says.

Naming his song “Wild Love,” from his album Mercury and Lighting as a track that cost him something personal to write, he begins to unearth why irreproachable honesty is so important to his identity as an artist.

“Most of the time I do not want the world to hear me in my guilt and shame in a way that doesn’t make me look great. But it’s so honest; I feel people respond to that song even if they don’t understand it.”

Throughout my conversation with John Mark, I’m stunned by his honesty. He tells me so easily of his anxieties and regret about not being a good father. How he was part of a messy engagement. Why he wouldn’t want to perform with Christian artists who promote hell fire, and why he thinks people reading too much into lyrics is “stupid”.

But for all he has to say, his next line strikes me as the manifesto of a man bent on living with authenticity.

“Part of [vulnerability] is being brave enough to let those songs be heard,” he shares.

“A lot of writers are afraid to put certain songs out or to say certain things, but usually those are the things that people respond to because they really want to know there’s another person there.”

Somehow in the midst of a Christmas record, John Mark McMillan has managed to communicate to all of us who are hurting, disillusioned or weary, that we are not there alone. John Mark, it would seem, is right there with us. And as he says in his song “Lights,” “Home is here where you are. With me, and Christmas and God.”

It makes me think that perhaps true artistry and vulnerability comes from the courage to excavate every part of our identity, our faith and our lives until we find out who we really are. That’s why, in just six short songs, you come away from Smile In Mystery feeling like you know John Mark McMillan—well a little bit anyway. The mystery lies in what facets of his journey he will choose to expose to us next time he opens his mouth to sing.

Read our review of Smile In The Mystery here.

Hear more from John Mark McMillan on this week’s episode of JesusWired’s podcast Between You & Me! Subscribe now at https://linktr.ee/betweenyoumepod.

Buy Smile In the Mystery