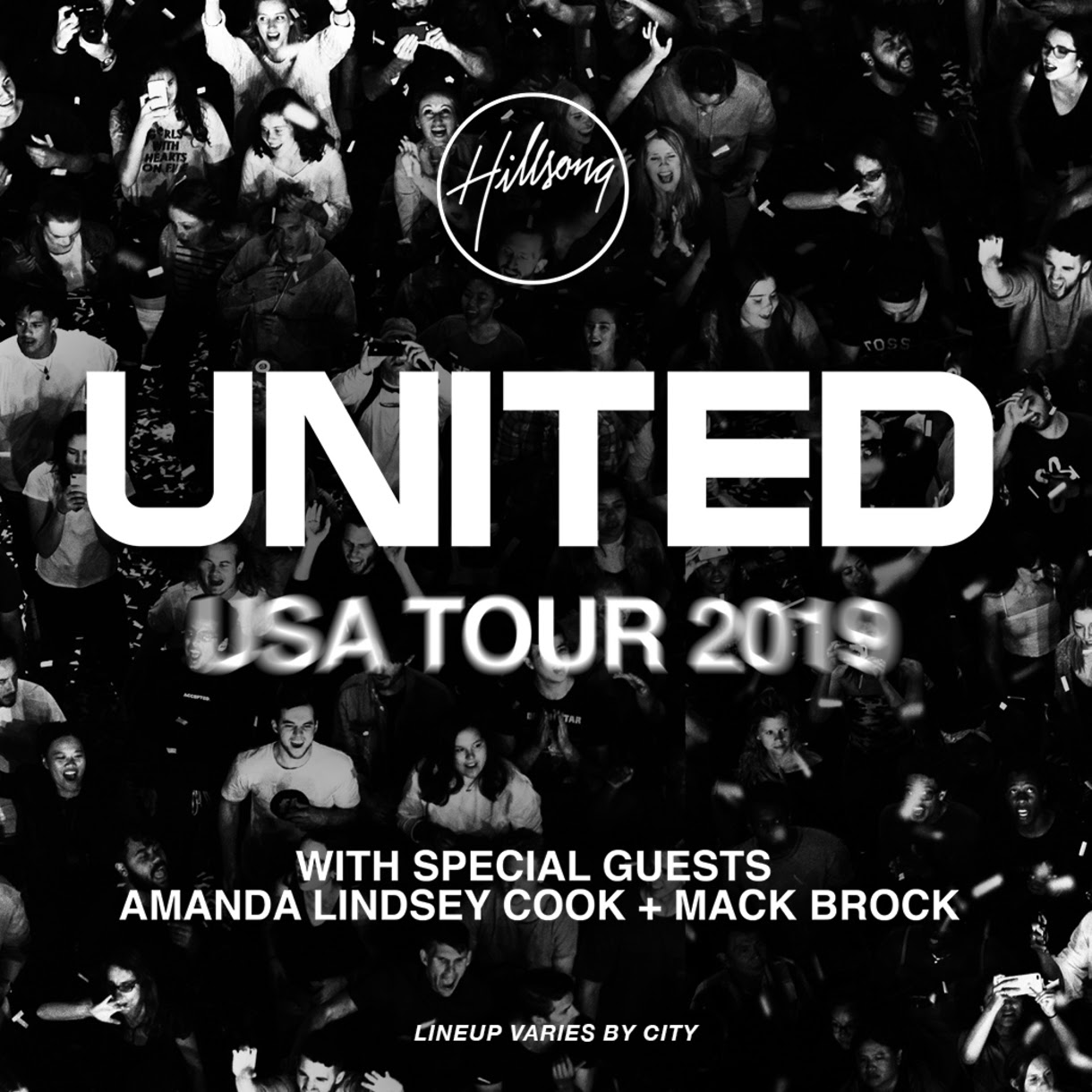 Presented by Premier Productions – the Australian-based, multi-platinum-selling group Hillsong UNITED has announced that after three years they are returning for their highly anticipated USA Tour in 2019. UNITED will be joined by special guests Amanda Lindsey Cook and Mack Brock (*lineup to vary by city). Tickets will go on sale Friday, Dec. 7, 2018.

“It’s been a few years since we have toured North America – we have a lot of music not yet road tested and can’t wait to be with you and sing these songs,” said Hillsong UNITED. “We have been working hard on a brand new experience and can’t wait to have our friends Amanda and Mack with us!”

Committed to creating a musical expression that speaks truth, creates a unique sound and connects people everywhere with God, Hillsong UNITED’s mission is to write songs that awaken churches and individuals to the fact that we are redeemed and called into the story of God. Making stops in major markets across the U.S. including Atlanta, GA; Chicago, IL; Dallas, TX; Washington, DC and New York, NY, Hillsong UNITED’s USA Tour 2019 will transform amphitheaters and arenas throughout the nation into nights of worship.