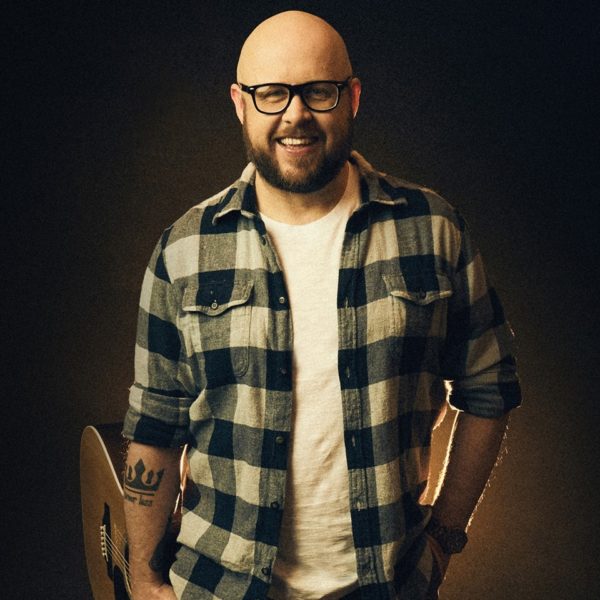 Michael Farren: Fighting To Believe In A God Who Is Fighting For Us

It’s easy to sing from the mountaintop, from that place of unshakeable faith when you sense God’s presence and guiding hand in every moment. But singing in the valley, when you’re struggling to just hold on… that takes a different kind of song and a different kind of heart.

“I’ve always written for the 700 people in front of me at my church,” says Michael Farren, a Franklin, Tennessee worship pastor and Dove Award-winning songwriter who has penned some of Christian music’s biggest hits. “If songs were cut by other artists, great. But the songs that have driven me most through the years are the ones I wrote for the people I serve. Otherwise, I hold songs loosely… my songs always seemed to be for someone else.”

But not this season. On the heels of a two-year trek through one of the deepest valleys of his life, Farren found himself in the middle of business failures, a struggling marriage and family heartbreak, as he questioned the God he’d been serving for 25 years. And in this place of wrestling, Farren grabbed ahold of the songs that came to him as if his life depended on it. Because in many ways, it did.

Produced by Hank Bentley, Fighting For Us is a vulnerable, often raw collection of modern laments from a modern psalmist that dares to address doubt and despair along with faith, hope and freedom.

From the opening track, “I Belong to Jesus,” Farren gets to the heart of the matter by setting the confessional tone of the whole album. “It’s the story I’ve been telling of the days I feel the least like it,” he says. “I still belong to Him. I do! I don’t understand it, and I can’t wrap my brain around it, and I’m even mad about it some days, but I belong to Jesus.”

“Fighting for Us,” the title track, is so personal that Farren — who penned “Trust in You” for Lauren Daigle and “Sing It Now” for Reba McEntire — insisted it not be pitched to other recording artists. After writing it with Krissy Nordhoff (“Your Great Name”), he says he “angry-sang” it for over a year, grappling with God’s silence, while watching God use the song to move and energize his congregation.

Like the Apostle Paul who began his ministry confidently but later struggled with his humanity, Farren says this song — among others on what would become the album — gave him permission to be where he was as a follower of Jesus. They gave him room to “wrestle, scream and holler” in the mess of the present, but to move from that place of lament toward a place of trust in God’s unflinching, unfailing love.

Oh, it comes in like a crashing wave / And tears our prisons down
Hear it gettin’ louder, the joyful, joyful sound / Freedom, sweet freedom / We’re not pris’ners now


Gospel-infused, awash in soulful hope, the piano overlay hinting at the joyful refrain, “Prisoners” may not be the most obvious congregational song on the album, but it’s definitely Farren’s stylistic home and a song that connects with Christian radio listeners. Co-written by Tony Wood and Alisa Turner, the song strikes another personal chord with Farren who has, in recent years, faced the reality of a dear family member’s incarceration. “At the end of the day, we’ve all made ourselves prisoners to something,” Farren says of the song’s message. “But grace is still grace. Redemption is still redemption, and freedom can be ours no matter the circumstance.”

“Always Have Jesus,” an anthem of resilient faith rising out of the ashes and darkness, was co-written with Matt Redman, a songwriter known for the powerful simplicity of his songs and one of Farren’s musical heroes. Redman and Farren share a fierce love for the Church, which shines through in this contagious congregational classic-in-the-making.

“Oh Praise (The Only One),” written with Nordhoff and Riley Erin, resonates loudly with worshipers, singing: “There is no greater truth than this / There is no stronger love we know / God Himself comes down to live / And make a sinner’s heart his throne.” Farren recalls that the first Sunday he led it for his congregation, they ran with it, and wouldn’t stop singing.


Stripped down to the roots and sung from the gut at an old, upright piano, “Loved and Known,” serves as the album’s benediction, tying together themes of identity, grace and hope. Co-written with Bentley (“Tremble”) and Ben Shive (“Is He Worthy”), “Loved and Known” echoes the truth that no matter how distant, how high or low, we are never outside God’s love for us. A reminder to himself and all who hear it, even when we’re wrestling in the silence.

Ultimately, Fighting For Us doesn’t come on the heels of a glorious, victorious resolution, but in the midst of the valley where all have walked or will walk.

“I’m a pretty solid guy, been around church my whole life,” says the son and grandson of Baptist preachers. “And yet, I am shocked that I have asked some of the questions that I’ve asked of God in the last couple of years. Things I would never have imagined that I would have wrestled with. And that is kind of the whole point of all of this… of this album, of these songs. It is giving people permission to ask the hard questions.

“Lament in the truest sense, in the safety of a holy place, with safe people, allows you to grieve,” explains Farren. “You can lament, wrestle, kick and scream. And then you walk out of it… because if you look at it Biblically, you can’t find a psalm that David wrote that didn’t end by putting trust back on God’s unfailing love. True, holy lament will always reorient you to the One who can give life and hope and peace, the one who rewrites our hearts.”