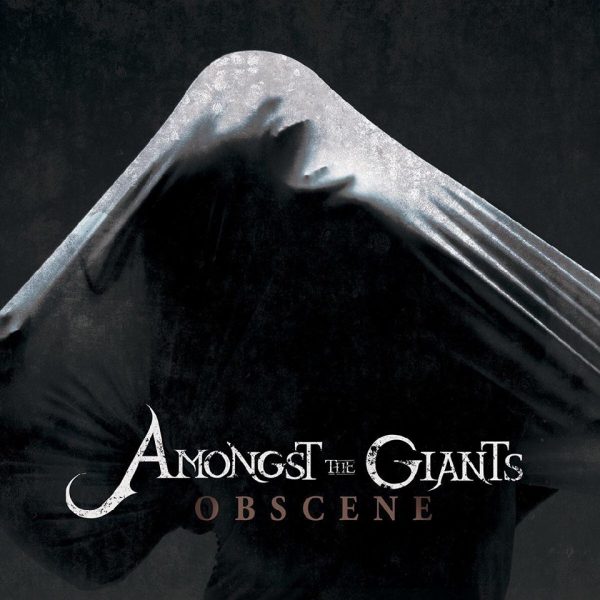 Amongst The Giants’ Debut Album is far from being Obscene

Amongst the Giants – OBSCENE
Hollow
Glimpse of Life
Lost in Translation
Loyalty Measures
Beneath the Weight
The Judge
Obscene ft. Zahna
Too Late
Ex Nihilo
Tomorrow

Amongst the Giants’ debut album “Obscene” won’t offend Christian metal fans as it delivers everything they would want. The guitars shred and the double kick is thumping under both melodic and guttural vocals. “Obscene” delivers on 10 solid tracks of in-your-face grinding metal that you probably won’t hear on our current commercial Christian radio sadly, unless Rockfest Records can sway the corporate music machine.

The album opens with “Hollow” which starts with a catchy groove then kicks in to overdrive with some lovely guitar shredding riffs. A short melodic pre-chorus pulls you down for the chorus with a great vocal harmony. The second verse stays driving with a half-time beat that masterfully keeps any monotony from being an issue. The following track “Glimpse of Life” is pure brutal metal. Marco Pera’s guitar work really shines on this track and keeps you hooked all the way through. Though the ending of this song (no spoilers here) is a pleasant surprise.

The title track “Obscene” mixes several styles and genres of metal it’s difficult to count them all. Other than an obvious cool album title, it’s not very clear why this track is representative of the whole album. The chorus on “Too Late” is very catchy and leaves the listener echoing the melody long after listening to the track. “Ex Nihilo” is another face pounding track with a great stereophonic listening experience you don’t hear in newer music. In addition, you’re treated with another unexpected musical surprise towards the end.

Though by the time you get to track seven you might find your mind wondering as the music becomes slightly repetitive. Even on second and third listen throughs a slight numbness to the music sets in which could have been prevented by moving around some of the later tracks, like pulling “Ex Nihilo” further up in the listening order along with “Obscene”. Track order is usually done by the producer which isn’t the band’s fault. If it were a 5 song EP it would have been incredibly tight but don’t worry the full-length album won’t disappoint either.

Lyrically the songs are varied though a general theme of angst and betrayal runs through the entire album. Finding a clear Gospel message is tough just listening to the music, but when you read the lyrics on “Glimpse of Life” and “Ex Nihilo” Christian themes are apparent. A majority of the songs’ lyrics though you could give to a secular band and you couldn’t tell a difference. Though not every song a Christian artist writes has to be all about Jesus and salvation.

Overall, Marco Pera’s guitar work is impressive and tasty. It’s technical but not without purpose. It’s appropriate without being over dominating. Blaise Rojas smashes out an equally impressive performance though there are no particular surprises in his approach or technique. The most unoriginal element of the album is the vocals.  Brian Boyd’s vocals are very derivative of what you hear in the current metal genre. The performance is great but not particularly unique unfortunately. Hopefully on their next album Brian will have time to focus on finding his own voice and sound.

But this is a young band. Most bands don’t find themselves musically usually until their third album. As far as first albums go Amongst the Giants is off to a great start. The album makes this listener want go see them perform these songs live. Hopefully, they will put together a proper band (adding a bass player & rhythm guitarist) for their live show instead of using tracks, because doing the latter would be very obscene to do to such great new music.