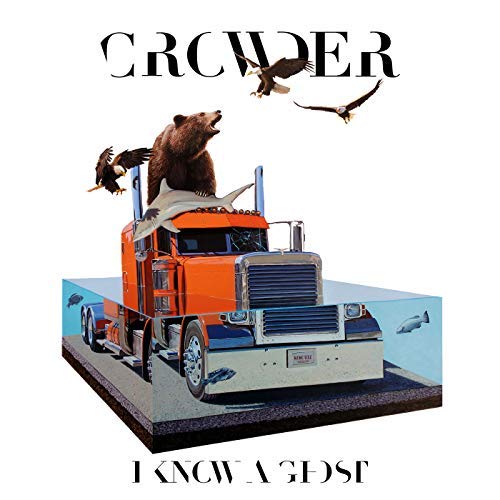 Crowder talks about his spooky new album I Know A Ghost

Crowder isn’t afraid to get spooky. And before you assume we’re talking Harvest Party level weird, I can assure you his new album I Know A Ghost is designed to embody the fullness of a wild, untameable spirit more akin to a Halloween story. So how does God fit into that? As Crowder would say, it “was a little freaky.”

“There’s a friend of mine on the road and he has a tattoo that says, ‘I have a ghost’ on his forearm’,” Crowder tells me while on the road for the Big Church Night Out Tour.

“I was thinking about it a few days later and [it] hit me. I was on staff at a church for 16 years and… I had never heard the Holy Spirit talked about like, ‘I know a Ghost.’ [I thought] I don’t know if that’s right. Like that’s weird”.

Instead of running from the tension of the haunted and the spiritual, Crowder dove deep into scriptures and discovered that the Holy Ghost is, in fact, very freaky. From the breath of God giving us life in Genesis, to the summoning of Samuel’s spirit by Saul in 1 Samuel, it is a integral aspect of Christianity’s origins.

“I was reframing the last supper discussion. Like, ‘Hey guys, I’m gonna go. But I’m gonna leave my ghost with you,” he laughs. “That’s kind of like a spooky thing to say!”

Since he rose to fame in 1996 as part of the David Crowder Band and later Passion church in Atlanta, Crowder has been known for his worshipful and biblically based tunes. The three-time Grammy nominee stepped out and began a solo career in 2014 and turned heads with his debut, Neon Steeple. The follow up, American Prodigal, debuted at #12 on the Billboard 200 charts, and reached #1 on the US Christian charts, providing a more personal take on the story of redemption. So what was left for Crowder to cover in album number three? Apparently, a lot.

“I kind of think, ‘Ok I’ve got three moments I’ve go to say something,’ and I’d like them to be connected—I need, I guess boundaries for my creative process,” he explains.

“So the first (Neon Steeple) is like a zoomed out version of Google Maps which is like a meta narrative which is us walking and talking in the very presence of God. 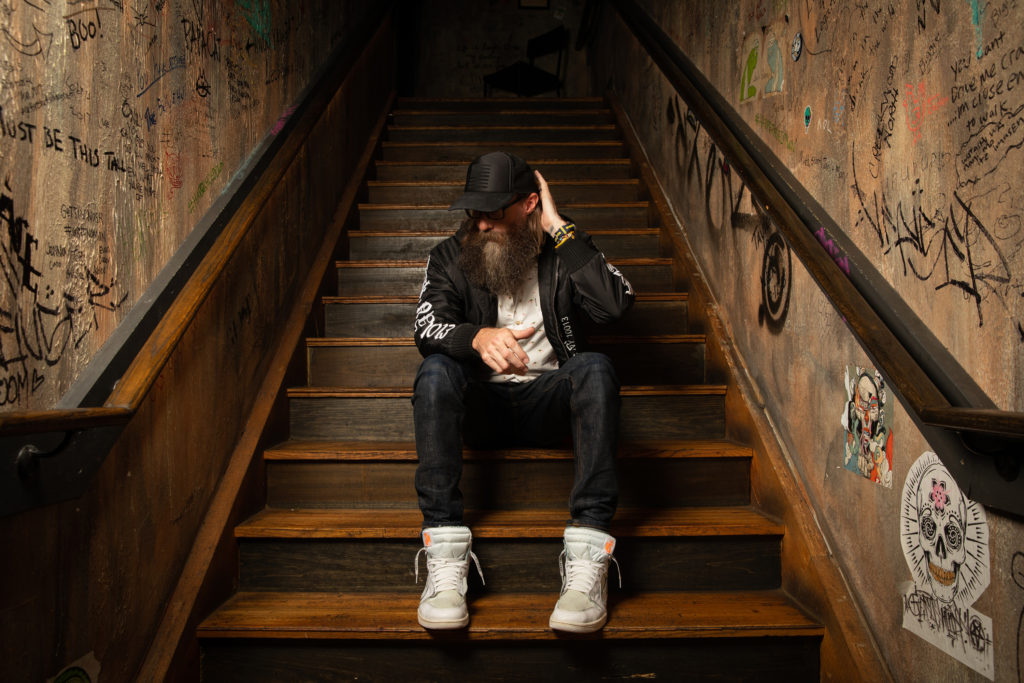 “The next record (American Prodigal) was more a personal record, the story of the prodigal son. I could identify with as a kid when I was in Sunday school. And this is like picking up at the end of that record. The son comes home, and there’s a party thrown. What happens when the party shuts down?”

I Know A Ghost explores the continual sanctification we have in Christ after we are saved. And this happens through; you guessed it—the Holy Ghost. Choosing to go with this instead of the comfortable Christianese of the “Holy Spirit,” the spooky title was a deliberate decision in order to engage people outside the walls of the church. And it makes way for an epic and mysterious album, filled with darkness and light.

“[The album is] the work of the Holy Spirit and me trying to say over and over what that looks like, and what that means to us still here in this inbetween. The redeemed and still being redeemed,” says Crowder.

From the opening chords of the song, “I Know A Ghost,” you are taken on a multi-layered journey between the physical and spiritual. Filled with the Americana narrative Crowder is famous for, album three utilises synth and tracks to the fullest extent, making it an experimental and unhinged collection of songs that grapples with the mysteries of God and his sacrifice for us.

“Wildfire,” is an eclectic journey into the presence of God with the Israelites as they approach the mountain of God, while “Crushing Snakes,” is a chilling victory cry, elevated by the transcendent vocals of Hillsong United’s Taya Gaukrodger.

Throw in gospel inspired tracks like, “Let It Rain (Is There Anybody)” featuring Mandisa and “I’m Leaning On You,” with newcomer Riley Clemmons, and Crowder shows that he is willing to cross genres and spiritual taboos. Oh, and did I mention the album also has an urban vibe thanks to the rapping of JR and Social Club Misfits? Given this, there’s no doubt I Know A Ghost pushes the envelope of what is expected in CCM, and that’s what makes it so compelling and personable.

Perhaps Crowder’s ability to stretch himself creatively like this comes from his own faith journey. When I ask how he avoids the cynicism that can easily come within the tight deadlines of the music industry, he laughs and says, “Maybe I’m naïve!” But as he tells me about his history, it is clear that his time in a Christian community prior to fame enabled him to move forward with freedom from this.

“I was really gone from the church and was pulled back in and was allowed space to set my baggage down that I had. It was all based around my institutional experience of church rather than the person of Jesus that we read of in scripture. I feel like I may have gotten a lot of that out of scripture maybe before I started singing about it” he says.

“The church that I was at for 16 years was like a collective of people who had been damaged or injured. It turned out to be a place that was safe to question and it was more about a relational journey with the questions among us than dogma and doctrine that dictated us to leave questions at the door.”

As you listen to I Know A Ghost, you are invited into Crowder’s current exploration into the Spirit of God. It’s wild, it’s big and it’s unpredictable. But that’s what you’d expect from Crowder right? And you can’t help but think that he may have touched on a facet of God we haven’t heard about in far too long; a God who saves and sanctifies us through his Holy Ghost—spooky or not.

“It turns out over and over and over you need to hear the words that you’re not too far gone, grace is big enough for everyone, and the blood of Jesus and that final sacrifice blood split its efficacy covers beyond most of us understand and realise,” says Crowder.

“I don’t know if I could write enough records to put [that] into words that resounded enough.”

Read our review of I Know A Ghost here.

Crowder features on Episode 1 of the Between You & Me Podcast! Hear the full interview and subscribe here.

Buy I Know A Ghost