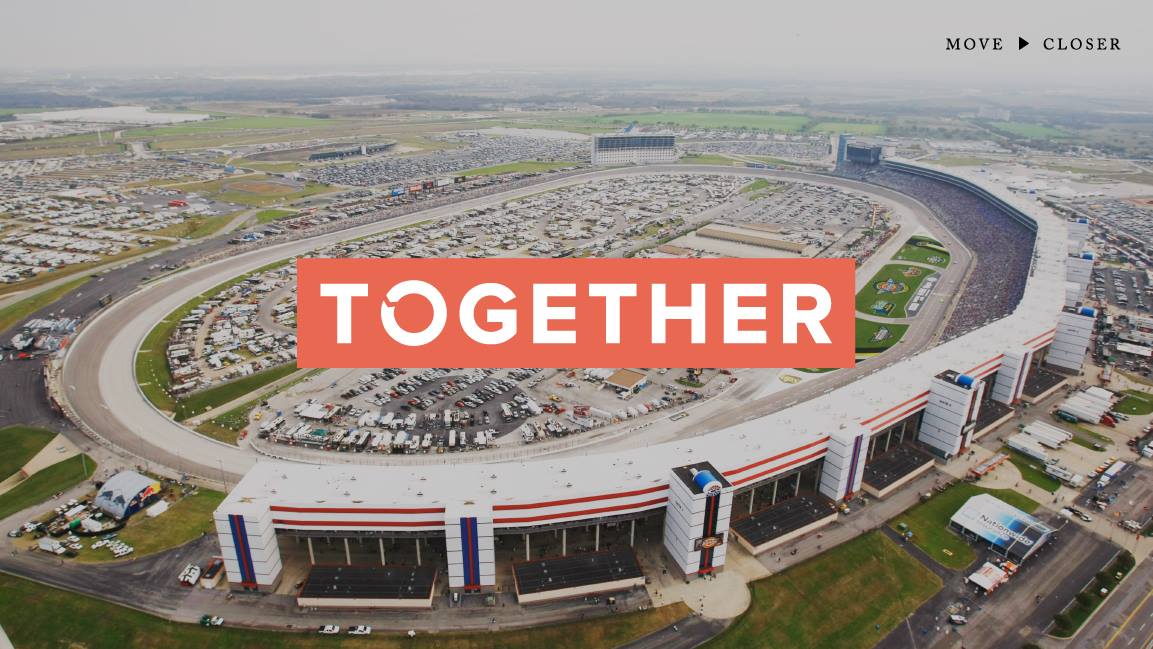 More than 90,000 attendees gathered in Fort Worth at Texas Motor Speedway to hear from a diverse set of 45+ Christian music artists and speakers last weekend at Together 2018. PULSE, a Minneapolis-based millennial-led organization, joined forces with more than 1,000 churches nationwide to bring thousands together with a focus and call to overcome the divisiveness that marks our country by moving closer to Jesus and the world He loves.

An additional 13,000 people from 89 different countries joined Together 2018 via livestream, and attendees committed to sponsor 1,200 children through the nonprofit Compassion. More than 100,000 experienced the free, two-day event.

“This was not an event—this was the start of a movement,” said Nick Hall, founder of Pulse. “Together is about equipping a generation to live a different way. The Together lifestyle is rooted in prayer, discipleship, evangelism, Scripture reading, and loving others. The unity we saw this weekend gives me hope—hope that this generation is going to change the world—and the work starts once they leave the Speedway.”

Event footage and photos are available to media HERE.

The complete lineup for Together 2018 featured:

TBN will air portions of the event as a two-part special. Air dates to be announced.

PULSE also announced Together 2020—another gathering designed to point to Jesus in the midst of an election year. Together 2016 on the National Mall in Washington, D.C., gathered hundreds of thousands the summer prior to the presidential election to seek unity and to pray for the country. The event was shut down early by city officials due to the sheer size of the event overwhelming the city’s infrastructure.

About PULSE
Founded in 2006, PULSE is a millennial-led prayer and evangelism movement on mission to empower the local church and awaken culture to the reality of Jesus. For more than a decade, PULSE has been hosting some of the largest events for the next generation. They’ve impacted nearly four million students and young adults through live events and will be in front of one million in 2018 alone. They have linked arms with hundreds of ministries and churches around the world to fuel evangelistic movements through a strategic process of prayer, training, and events. Learn more at pulsemovement.com.