There is no surprise that the song ‘Reckless Love’ took home a myriad of awards at the GMA Dove Awards, last week in Nashville TN. The song has been sung by thousands around the globe and streamed over 47 million times on Spotify. And there is no question why; it is a brilliant song that carries a powerful message of God’s love, that people so desperately need to hear.

It is because of this, despite the controversy that the song experienced early on due to the terminology, that this song has gone on to be the Number 1 Christian Song of the Year. So, it was a no-brainer for the Australian electronic trio ‘Verses’, when it came to the opportunity of re-imagining this song and releasing it as their own.

Whilst the band currently perform ‘Verses Versions’ during their live set, Reckless Love by Verses, marks the first official cover from the band. And it has all of the trademark characteristics that we have come to love about them; the soaring vocals, the fresh sounds and exciting drops. “We love the song Reckless Love and the message that it carries so much, that we wanted to make a version that appealed to the pop/electronic scene and that was more accessible for the younger listener” said Luke O’Dea (Producer).

Upon listening to the track for the first time, from start you are drawn in by the familiarity of the melody but you are kept engaged by the fresh sounds of synths and unexpected drops throughout the track. The tasteful weaving of the two vocalists and the masterful use of dynamics creates something really special for the listener.

Whilst there are many versions of this song available, this is the only one of it’s kind. No other musical group have explored the possibility of this worship track being transformed into something that fits perfectly in the future bass, pop and electronic genres. 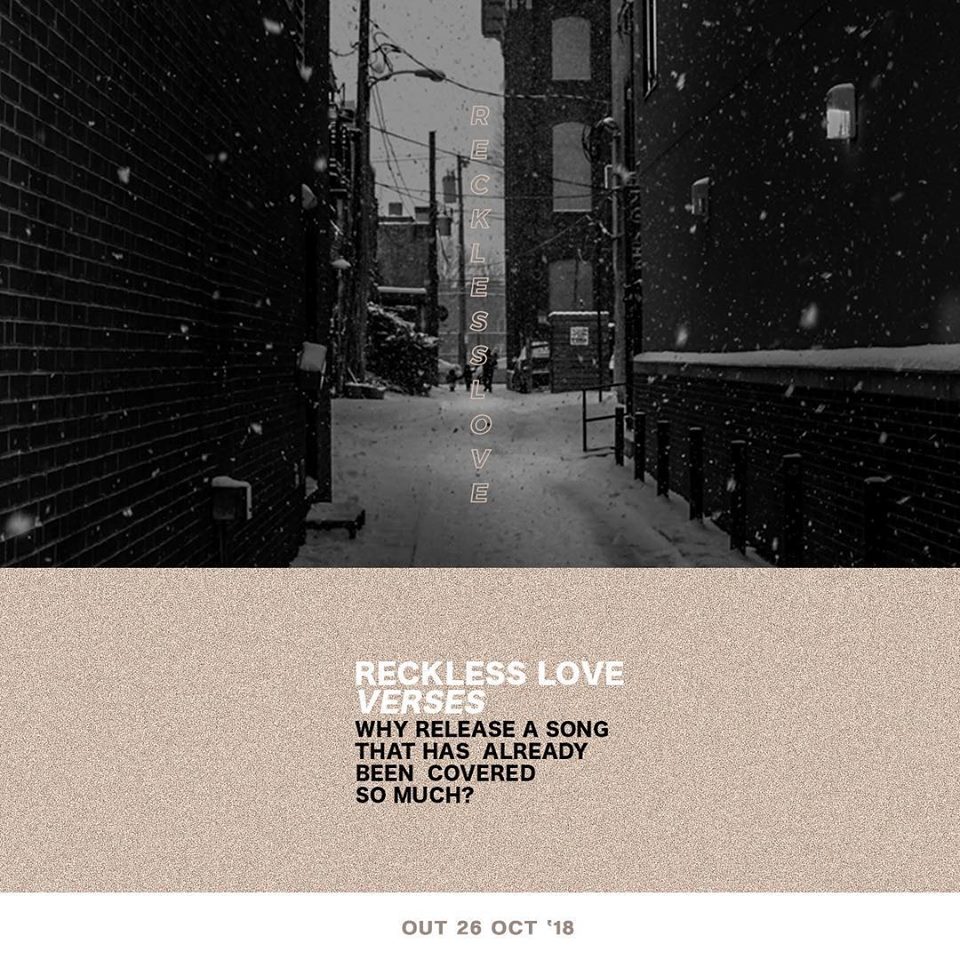 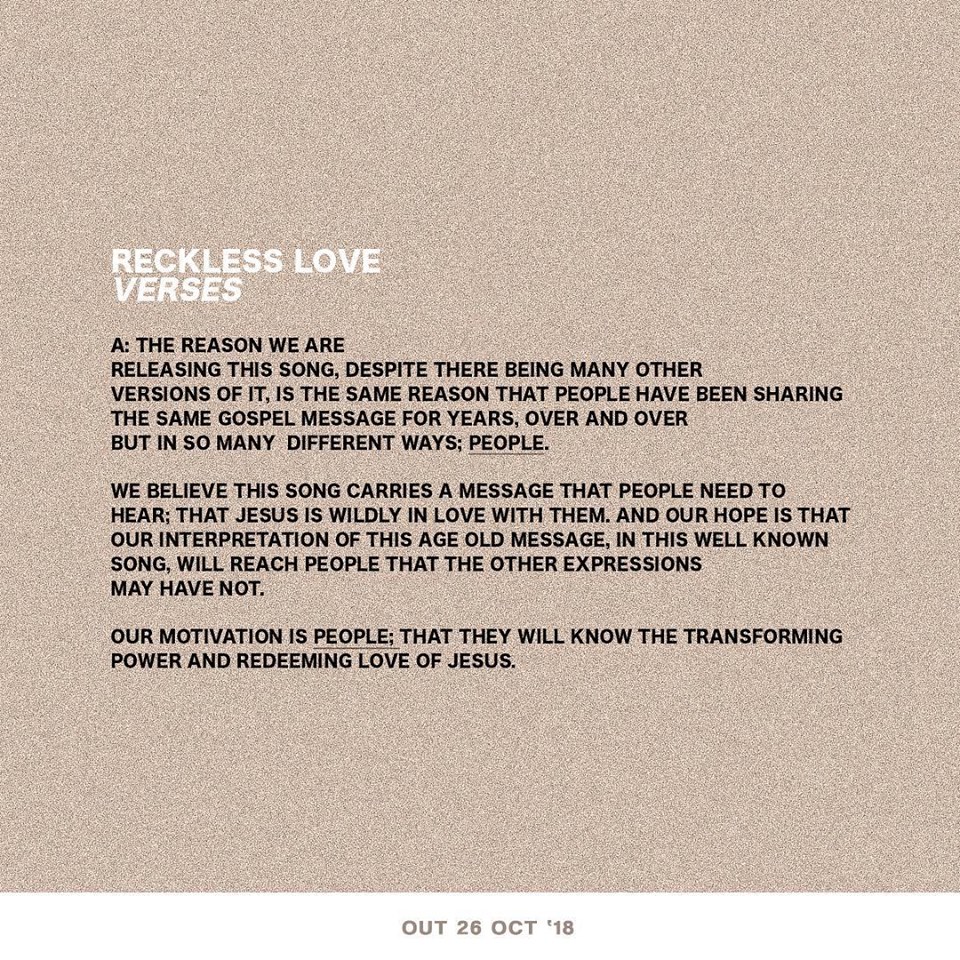