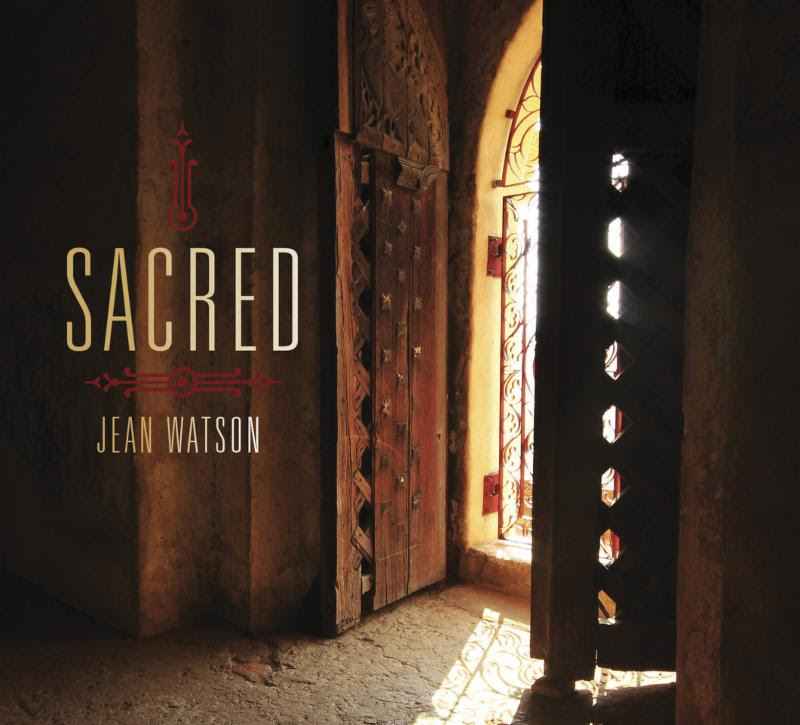 Internationally acclaimed recording artist Jean Watson is putting the finishing touches on her highly anticipated new CD, SACRED, which is slated for release on Friday, October 19, 2018, through Truthfulmusic Productions and Elevate Entertainment.

“I have always dreamed of recording a ‘hymns’ project, but I never imagined that my dream would be fulfilled in such grand style,” says Watson. “Producer Billy Smiley caught my vision to set ancient and modern hymns in a ‘Celtic Woman’ style, and amazing artists Phil Keaggy, Matt Slocum, and Matthew Ward graciously added their talents. The result was literally SACRED–a powerful worship experience that I can’t wait to share with the world!”

“Jean and I have been working together for quite some time, and this has all culminated into one of the most exciting projects I have ever been a part of with her,” adds Smilely. “SACRED brings the old and the new together in such a way that everyone can be touched when they hear this special music.”

SACRED expands on the ethereal, Celtic-flavored musical direction that was so prevalent on Watson’s previous album, WONDER, and pushes its boundaries even further to embody the world music sound her fans have been clamoring for. Yet Watson refuses to be boxed in by artificial constraints, and adds a multitude of fresh new sounds that will no doubt surprise and delight longtime fans, and create new ones along the way.

For example, the opening track, “Ubi Caritas/Gather Us In,” launches with a haunting, lyrical Gregorian Chant, undergirded by lithe piano and understated strings. It’s not a stretch to say most people are familiar with “The Doxology,” known by elder generations as the “Old 100th.” But it is unlikely anyone is familiar with more than the single verse commonly sung in contemporary worship services. And it is equally unlikely that anyone has heard it with the fresh twist Watson puts on it. “Prepare the Way,” with its driving percussion and unmistakable Irish-inflected melody, was inspired by the classic hymn, “Lift Up Your Head, Ye Mighty Gates.” Watson reworks another centuries-old hymn, “I Heard the Voice of Jesus Say,” into a yearning, soaring Celtic aria. Cellist Matt Slocum (Sixpence None the Richer) makes a guest appearance on the graceful, lyrical “St. Patrick’s Breastplate.” An 18th century poem by Richard Hutchins was the inspiration for the delightfully whimsical “Jesus Christ the Apple Tree,” which equates Christ with the Tree of Life.

The unmistakable voice of Matthew Ward (2nd Chapter of Acts) graces the updated version of the beloved hymn, “Joyful, Joyful, We Adore Thee.” “Fairest Lord Jesus” takes on a wistful charm as Watson’s evocative vocals are enhanced with sweet violins and the unmatched guitar artistry of Phil Keaggy. Celtic whistles and pipes set the mood for Watson’s pristine rendition of “Holy, Holy, Holy.” Gentle, lilting piano trills encourage listeners to join in as Watson implores, “How Can I Keep from Singing?” The sole entry on the project that doesn’t predate the 20th century is the bonus track, an instrumental piece drawn from Leonard Cohen’s melancholy contemporary hymn, “Hallelujah.”

A music video version of “St. Patrick’s Breastplate,” shot on location in Ireland, is in the works.

“I am thrilled to be able to share these wonderful older songs of the Church with a new audience,” says Watson. “The words are so rich, and the message so powerful. I hope the music will reach hearts that may not have yet been impacted with their story of grace, love and mercy.”