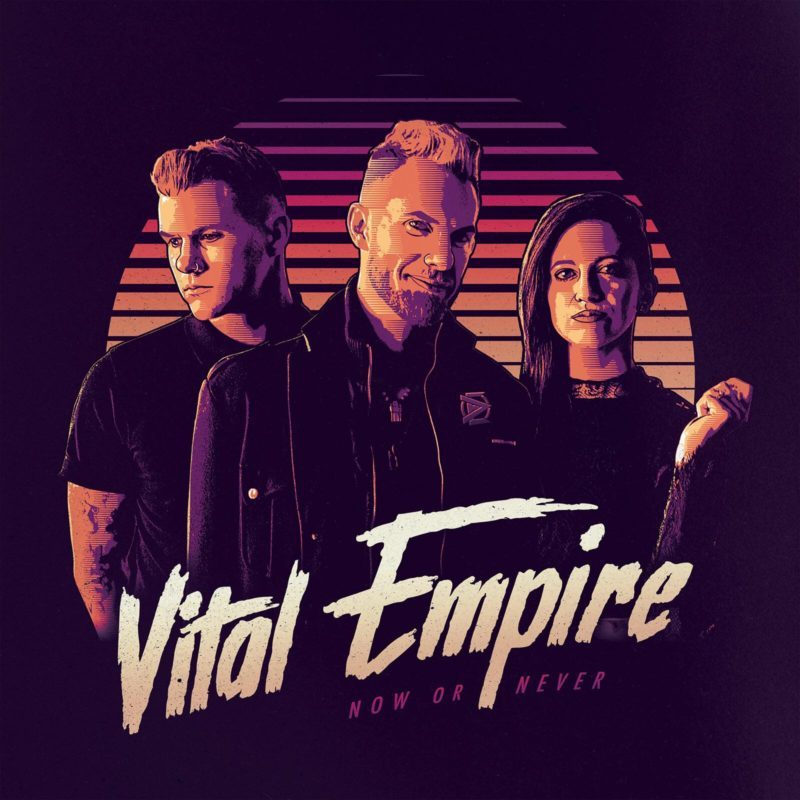 Vital Empire Explodes onto Music Scene with Now or Never

The Christian rock industry has gained a stellar new band in Vital Empire, who just released their debut record Now Or Never.  They have a fresh and intriguing new sound, sure to capture the imagination of all music lovers.  They’re rock, not overly heavy, and strings lends an ethereal ambience that adds to their allure.

They kick off the record with “Terrified,” a perfect choice for the first single.  It begins with a moment of quiet mystery before exploding with a wall of guitar sound.  Aaron Pose lends his stirring voice to the beautifully crafted melody, ruminating about our worthiness before God, and the human tendency to want to make ourselves presentable before we dare ask for His help.  Following this memorable opener is “Have It All,” which speaks of a broken relationship, and the need for both sides to make an effort towards reconciliation if anything is to change.  This song includes more electronic elements and a drum cadence that keep the momentum going.

“Runaway” features a guest appearance by none other than Trevor McKnevan, lead singer for Thousand Foot Krutch.  His vocals add an exciting energy to the song.  Jess’s strong, syncopated drumbeat provides a solid foundation, and vibrant, staccato strings soar above the other elements.  JP provides intriguing guitar riffs that intermingle perfectly with the strings.  Title track, “Now or Never,” could almost be considered the band’s theme song, with its encouraging message to step out in faith and take a chance…the time is now or never!

“Lost Without You” has a bit of a different feel with a triplet lilt to the beat.  This song has a great balance of heavy hitting moments and quiet moments.  After reaching a crescendo of excitement, the band all but drops off, allowing Aaron’s strong voice to ring out.  JP’s superb guitar work is featured more prominently on “Beautiful Disease,” with some nice, chunky guitar chords, and a short solo leading into the bridge.

The record ends with the beautiful and heartfelt “Fire In My Heart.”  It starts simply, with piano dancing up and down the keyboard.  Aaron’s vocals enter a moment later, each note imbued with sincerity.  Layers are slowly added, with the full band eventually joining.  This song is a cry of gratitude for God’s mercy in our lives, always there to catch us when we fall.  It sings of the fire in our heart, and asks God to cause that fire to burn so bright until there is nothing left but Him.  This is the perfect way to end this impeccable record.

Now Or Never is an incredible way to kick off Vital Empire’s career as a new band.  Each member’s talents weave together beautifully with each other, crafting a masterpiece.  Now Or Never is filled with sincere, creative lyrics, irresistible guitar riffs, and hard-hitting drums to bring it all together.  With this release, Vital Empire is sure to make their mark in the music industry.  We can’t wait to hear more from this group.