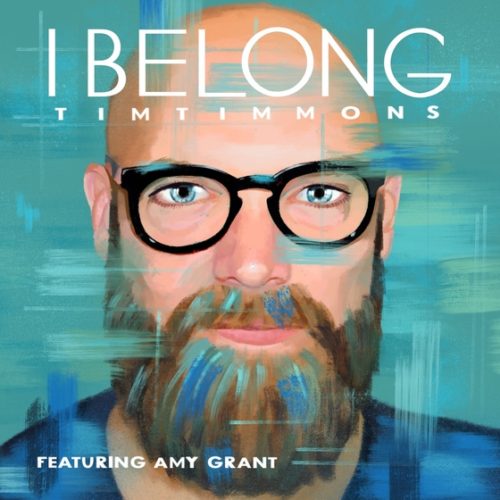 GRAMMY® and Dove Award-nominated songwriter and artist Tim Timmons debuted his latest single recently. Titled “I Belong” and featuring Amy Grant, the upbeat and anthemic song can be found on all digital formats by clicking here. “I Belong” is also featured on Spotify’s New Music Friday song list.

Timmons wrote “I Belong” during a church retreat along with other talented writers: David Leonard and Leslie Jordan (of All Sons and Daughters), Jacob Stillman, Ethan Hulse (Zach Williams, Tauren Wells), Sarah MacIntosh (Matt Redman, Michael W. Smith), Andrew Ripp (Ryan Cabrera) and Stephanie Skipper (“The Voice” contestant). Besides sharing her voice, Amy Grant had a poignant part in the development of the song as well.

Timmons, who met Grant many times when he was a child, shares, “Her music literally shaped me as a musician and as an honest songwriter. She is the exact person you’d hope she’d be – kind, generous, thoughtful, and truly gifted. Amy has become a good friend, so when I thought about who should sing with me on the song, I just thought why not ask her?! We ended up writing the bridge together. I’m so honored by her and her friendship.”

“I Belong” is a portrait of Timmons’ own awakening and an invitation for every listener to discover the abundant life beyond religion. “What could happen if we grasped how much we’re all loved and accepted by Jesus no matter what, and then lived like it was actually true?” Timmons proclaims. “What if we were found singing from the mountain tops ‘Hallelujah, I belong’ even on our worst day? That would be a game changer.”

The single is the first song out of the gate for Timmons’ next season and written in a difficult time for his community when shame, loneliness, doubt, division and fear were the overarching narratives. “The eight of us got together to write a song that would help our church community sing bold prayers,” he recounts. “This prayer has been life-giving for all of us. And the more that we live like this is true, we are finding freedom, rest and joy where there once was none. This is the kind of prayer that I want my kids and their kids to remember and shout out: Hallelujah, I belong here. In Your presence safe and secure. I see hope coming on the horizon, there’s no need for hiding, because I belong.”