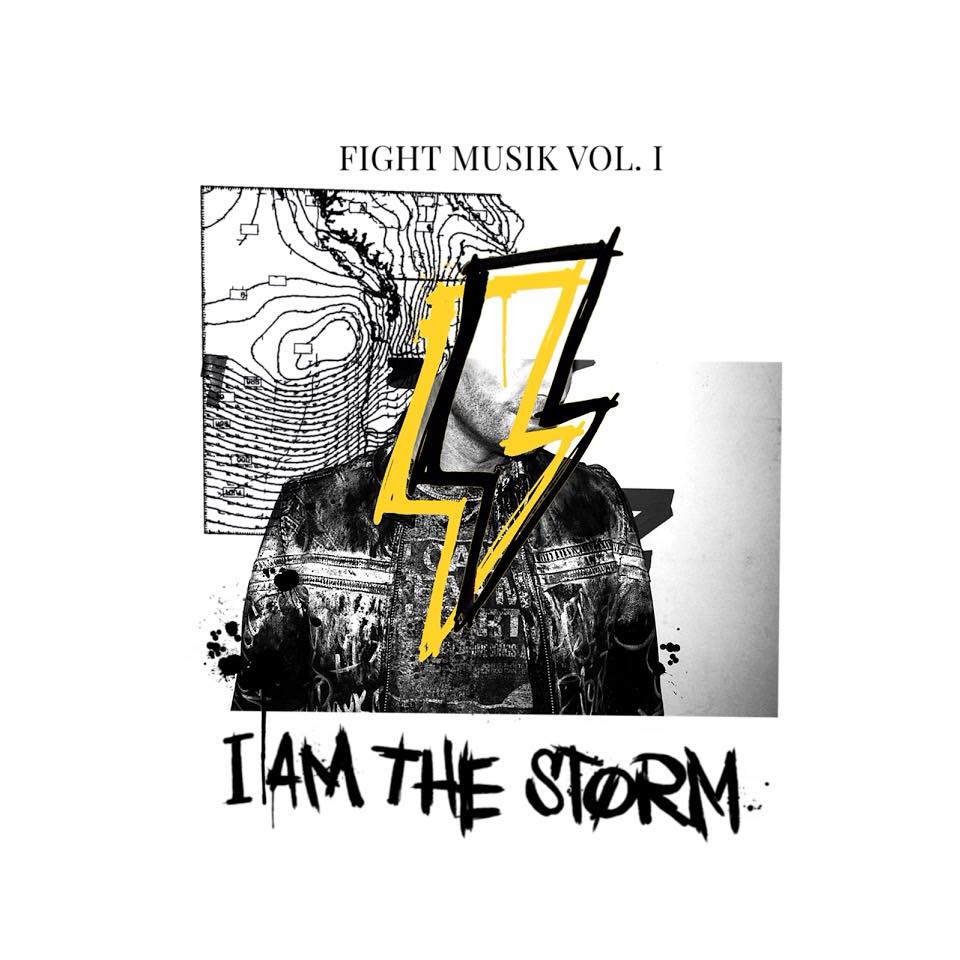 I AM THE STORM Charges Ahead With FIGHT MUSIK VOL. 1

This is way too funky.  Who can listen to Trevor McNevan rap in rock-favorite Thousand Foot Krutch’s jaw-dropping song “Adrenaline” (Exhale, 2016) and not think, “Hold up… this is phenomenal! How many hip hop albums has he done?!” Truth is, McNevan’s talent runs deep as he’s written songs under the radar across many genres for decades.  From Peterborough, Ontario, he dropped his first hip hop album at age 13, his second at age 16 (half rock, half hip hop), started his signature rock band Thousand Foot Krutch (TFK) at 17, and now over 20 years later, returned home to his roots with a hip hop/eclectic EP, FIGHT MUSIK VOL. 1 under the name I AM THE STORM.

What’s so amazing is that Fight Musik Vol. I transcends Hip Hop. Even those who don’t listen to this genre of music will find tracks they must put on repeat. Trevor spits fire in “Beastmode,” which has a tinge of EDM flavor, and seems destined for fame in sports arenas worldwide. “Man vs Machine” will be hot on its heels, with an infectious hook reminiscent of early Kill the Noise bass growls. As thick as thieves, the two songs “Freq Show” and “Fire in the Booth” pack in fist-pumping energy with pure hip hop passion that will get you up and moving.

In contrast, the first track released, “These Lines,” has a celestial ambiance popular in Cloud Rap, and hits home addressing man’s inner struggle with tough decisions.  Adding variety and showing his versatility, McNevan takes us on a trip down memory lane with an impressive shout-out to those who influenced his roots in “Hip Hop His(tory).” Then, he takes us back to a soothing song with a tangible feeling of “Home” where most inner struggles are dealt with every day, and is hopefully a refuge in the center of life’s storms.

Finally, in “Who Are We?,” the listener is called to action through a moment of self-examination.  “If true love is the message, then is my face the reflection? Will we believe or just be chill, and if we don’t make a sound, who will?” The latter is my favorite line from the entire work. 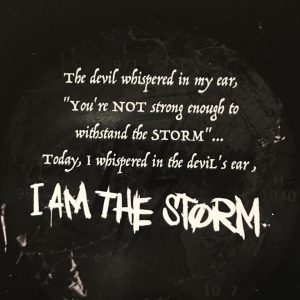 As in the graphic above, the meaning behind “I Am the Storm” represents how we can stand up and face all of our heartbreak, rejection, fear, addictions, and failures, and not let them break us.  We can find peace even in the middle of the storm.  We know that God gives us strength to face whatever we’re going through.

Trevor McNevan weaves strength, intensity, passion and musical genius into every track of FIGHT MUSIK VOL. 1, demonstrating once again his versatility as a singer, songwriter and musician.  Word Up.

Hopefully FIGHT MUSIK VOL. 2 is on the horizon.