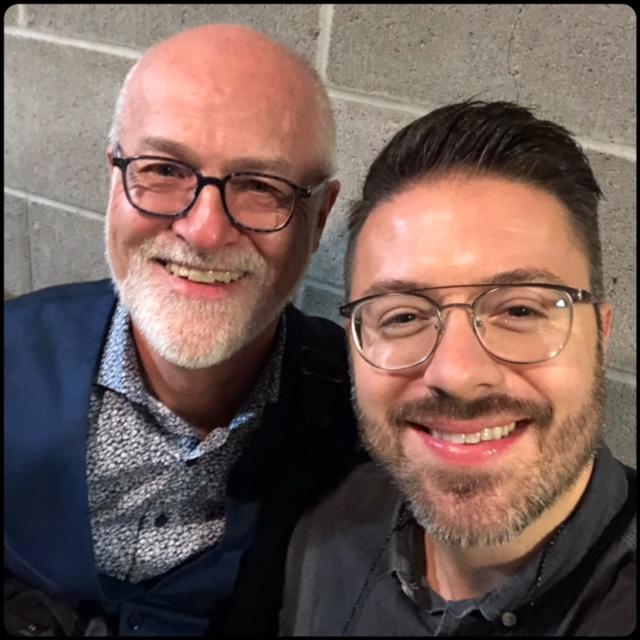 “Many of you know James Goll as a leader in prayer or as an international speaker and author,” says Dove Award winner and American Idol finalist Danny Gokey. “But my friend is more than that–he is a singer at the core of his being. Never Alone is truly a work of art, filled with excellence and beautiful artistry from beginning to end.”

Although best known as a world-renowned Bible teacher and the prolific author of more than 40 books, the 65-year-old was a singer long before he was a preacher. With the release of Never Alone, Goll has added a dynamic new facet to his ministry.
“James W. Goll is a true Renaissance Man,” declares Grammy and Dove Award winning superstar Michael W. Smith. “Not only is he an established author, speaker, and communications trainer, but there is an additional expression of creativity that is now being debuted. I promise, you will love his musical release called Never Alone as you hear his deep rich tones bellowing forth in an inspirational style on old classics and new fresh songs.”
Since the beginning of the year, Goll has been including musical offerings with his presentations, to great enthusiasm from attendees at such major events as the Elijah List Conference with Steve Shultz in Albany, Oregon. Goll has recently received standing ovations after singing at Harvest International Ministries with Che Ahn during the Annual Prophetic Conference in Pasadena, California, and again at the Upper Midwest Prophetic Conference in Minneapolis/St. Paul. Attendees have been equally enthusiastic at conferences from Miami to Nashville.
“My friend, James Goll, is not only an internationally recognized writer, speaker and global prayer leader, he is an artist at heart,” says says international best selling author, speaker, and consultant Cindy Jacobs, Founder of Generals International. “I love his recent Never Alone music recording of some of the older standards mixed in with new fresh songs. This recording is brilliant with amazing arrangements to back up James’s rich smooth vocal tones.”
“Often you need one additional link in the chain to make everything connect,” Goll notes. “That is what I think happened when I signed the contract for national distribution with Anchor Distributors. They are one of the top distributors in the Christian market, and I believe they are the final link that will allow Never Alone to go as far and wide as the audience desires. I know I feel fulfilled now. Working with the team at Anchor Distributors is an honor and a great delight. I could break out in song…And the dreams that you dared to dream really do come true!”
“You may know James W. Goll as an author and an international leader in the body of Christ,” says Bob Whitaker Jr., the President / Owner  of Anchor Distributors / Whitaker House. “But as James often states, he was a singer before he was ever a preacher. Now it is not only our honor to publish and distribute quality books written by James, but also to distribute his excellent musical performance in his debut recording of Never Alone. I personally love these inspirational songs of life, family, and devotion to God, and I trust that you will as well.”
Never Alone originally released in January 2018 from GOLL Ideation Music/Right Angle Music prior to the new distribution agreement. As of September 14, 2018, Never Alone is available from major brick and mortar stores as well as online retailers through Anchor Distributors. For more information about Goll and Never Alone, visit godencounters.com.