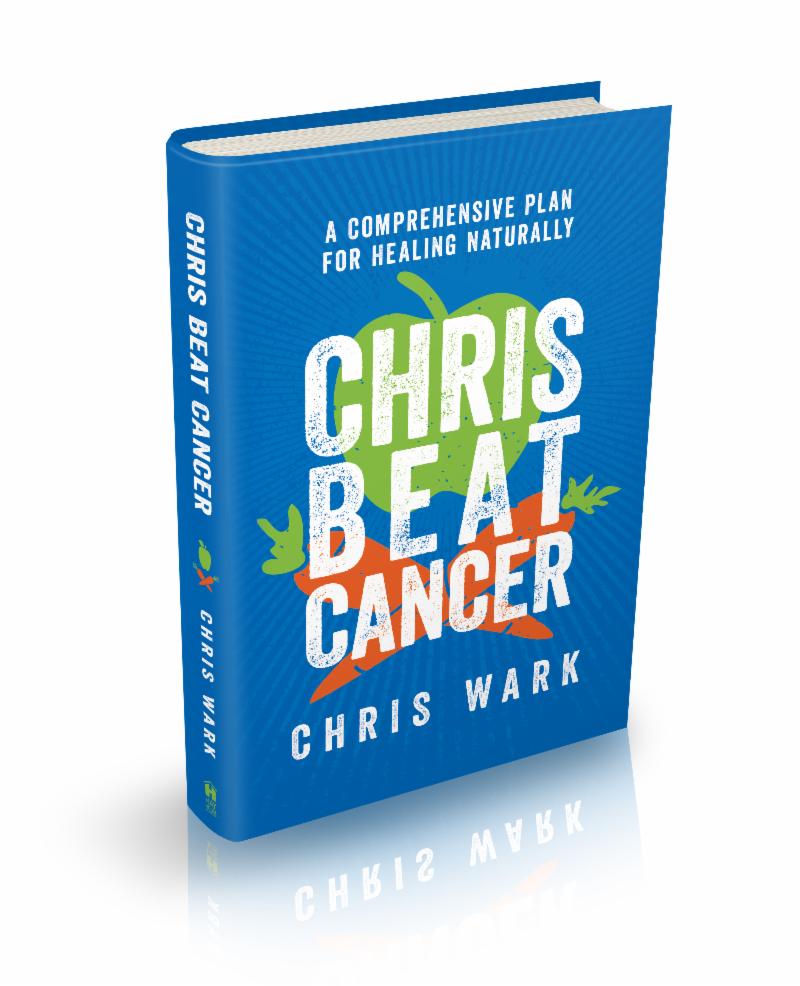 A date that will forever be etched into best selling author, world-renowned speaker and global health coach Chris Wark’s memory is December 23, 2003. That is the day he was diagnosed with advanced colon cancer at just 26 years old. Following his physician’s advice, Wark underwent surgery to remove a golf-ball sized tumor, a third of his colon and cancerous lymph nodes.

At that point, Wark was strongly advised to undergo chemotherapy in order to survive, but instead he chose to embark on a radically different path to uncover the root causes of his disease and transform his life in order to help his body heal.

Nearly 15 years later, Chris Wark is alive and well, and has written an Amazon Number 1 Best Seller that tells his remarkable story and healing strategy. Chris Beat Cancer is set to release in hardback, ebook, and audiobook formats on Tuesday, September 25, 2018, from Hay House Publishing.

Upon first announcing the availability of the book for pre-release orders, the hardcover version of Chris Beat Cancer shot up to Number 6 on Amazon’s overall Best Seller list. As of the first week of September, the hardcover and Kindle eBook versions have already topped multiple Amazon Best Seller charts, including the Cancer, Oncology, Alternative Medicine, Naturopathy, Breast Cancer, and Lung Cancer categories.

With over a half-million email newsletter subscribers and over 100,000 followers on YouTube and on Facebook, Wark says he is excited but not surprised by the incredible response his book has already received. “Medical care is the third leading cause of death in the U.S. and many people have lost faith in conventional medicine. They want to take control of their health and they want to know what they can do to help themselves heal and prevent disease. The natural health movement is exploding.”

While Wark is quick to point out that he is not a doctor or practitioner, and does not give medical advice, he passionately shares his story of healing cancer with nutrition and natural, non-toxic therapies, as well as the healing stories of many other holistic survivors, on his blog and social media channels. His mission is to provide inspiration and encouragement, and to empower patients, and anyone who is serious about prevention, with knowledge that they can use to change their life and restore their health.

Wark describes himself in the beginning of his journey as a typical cancer patient rushed in to surgery with very little information, but his experience in the hospital was an eye-opener.

“The first meal they served me in the hospital after removing a third of my large intestine was a sloppy joe, the worst cafeteria food imaginable. Red meat is a Group 2 carcinogen directly linked to colon cancer. It was unbelievable,” Wark recalls. “Before I checked out of the hospital, I asked my surgeon, ‘Are there any foods I need to avoid?’ He said, ‘Nah, just don’t lift anything heavier than a beer.’ These were my first indications that there was a vast disconnect between healthcare and healthy food.”

After surgery Wark began to think about his life, his future, and his treatment options. “I did not have peace about chemotherapy,” he says. Through prayer and research, Wark came to the realization that his diet, lifestyle and stress were the most likely culprits that contributed his cancer.

Instead of chemotherapy, Wark radically changed his diet and lifestyle. His survival mission was to identity and eliminate everything from his life that may have contributed to his disease and replace those things with hardcore anticancer nutrition as well as health-promoting habits and therapies.

A committed Christian, Wark gives Jesus Christ the credit for his life and health. He also believes that God uses a variety of methods to heal. “I don’t tell patients what treatments to do or not do,” Wark says. “I just help them evaluate their options so they can make an informed decision and not be rushed into potentially life-threatening treatments they don’t understand. I recommend working with a doctor, but on your own terms. The patient should be in charge of their healing journey.

“The first oncologist I saw treated me badly, but I found an integrative oncologist and a nutritionist who supported me and they became a part of my healing team. I had blood work done monthly and CT scans every six months to keep a close eye on my progress during the most intensive phase. I now have blood work done about once a year and I also have a colonoscopy about every five years. Everything is perfect and I am cancer free and in the best shape of my life.”

“We live in a cause and effect universe, and our choices matter. Our choices today affect our health tomorrow.” Wark insists. “The number one cause of cancer is smoking. The second major cause of cancer is obesity. Over two-thirds of Americans are overweight, and over one-third are obese. The vast majority of cancers are not caused by “bad luck” or bad genes. Our unhealthy American diet and lifestyle choices are the main culprits. The two biggest cancer causers are from what we put in our mouths, cigarettes and unhealthy food. But the good news is you can change! You can choose to live your life in a way that promotes health, not disease. There are so many things you can do to help your body heal. And that’s what I empower people to do.”

In his book, Chris Beat Cancer, Wark uncovers a number of factors in our modern world that are contributing to our increasing rates of cancer, including our processed food diet, our increasingly sedentary lifestyle, environmental toxins, and stress. But he reserves a special chapter that deals with forgiveness.

“Forgiveness is a huge part of my message,” Wark says. “As a Christian, I am a strong believer in God’s healing power, and forgiveness was a major theme of Jesus’ life and ministry. Long-term bitterness and resentment are toxic emotions which cause profound stress in the body, increasing inflammation and decreasing immune function, both of which make you more susceptible to cancer and other chronic diseases.”

Far from offering a quick fix for long-term problems, Wark describes the path he advocates as simple, but not easy. “Health and healing require a massive life change,” he declares. “There are four components to health: mental, physical, emotional and spiritual. All must be addressed. This involves addressing your physical needs with nutrition, healthy sleep habits, and exercise; and addressing your attitude, emotions and thoughts. Most importantly, the spiritual aspects of health need to be addressed as well, including faith, love, and forgiveness. This is not a quick fix. It’s not a magic bullet. This is a comprehensive approach to healing that requires determination, commitment and massive action. But these are things that anyone can do!”

In addition to his book, Chris Beat Cancer, Wark hosts a popular website, podcast, and YouTube channel where he offers powerful encouragement to transform your life and regain your health.