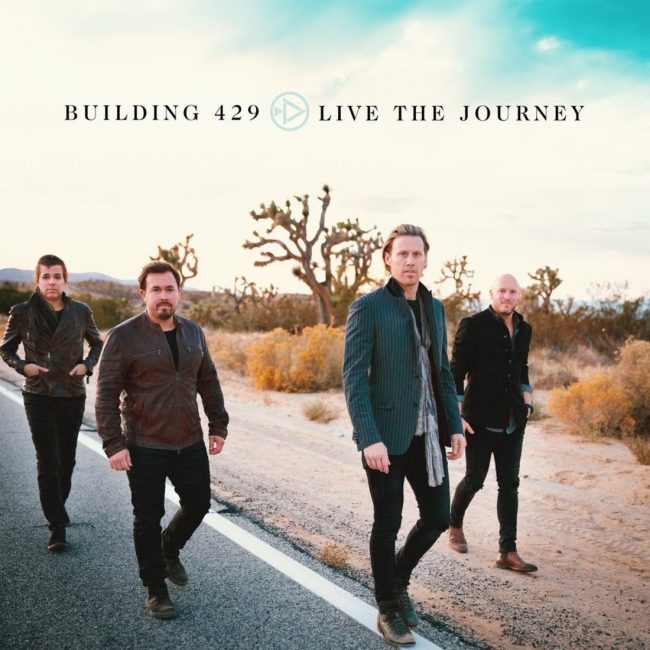 It’s release day for GRAMMY® nominated Building 429 and the band’s new album, Live the Journey. The highly anticipated project was three years in the making, involved a lot of soul searching and has led to the most intimate, spiritual journey of the group’s career. An early review from The Christian Beat echoes this sentiment, “Overall, Live the Journey speaks true to its name with each song declaring total trust, surrender, and faith in God – regardless of one’s circumstances.” All ten songs on the album were co-written by Building 429, and the record is now available to buy or stream at music outlets.

“These songs are real moments and real lessons learned from a guy wrestling with a very real God,” shares lead singer Jason Roy. “My attitude was always to sacrifice today to work toward a better tomorrow. But I’m learning that the moment you have right now is the most precious thing. Don’t squander it. I’ve lived thinking God is a thousand miles away, but He’s so much closer than you know.”

Building 429 and the Provident Label Group presented a fan-driven approach for Live the Journey by releasing nine of the 10 songs before the official release date of Sept. 7th, with the final song “Closer” releasing at the same time as the album. The release schedule also included devotionals written by Jason Roy, eblasts and story-behind-the-song videos, along with a new music video for “You Can” that featured military veteran Redmond Ramos.

Building 429 is spending release day at the Christian Music Broadcasters annual Momentum event at Universal Orlando, before heading back on the road to share the new music with fans throughout September. In October, the band will join NewSong, Citizen Way and Caitie Hurst on the “I Am a Christian Tour.” For continued updates on Building 429, please visit their website, Facebook, Twitter and Instagram.