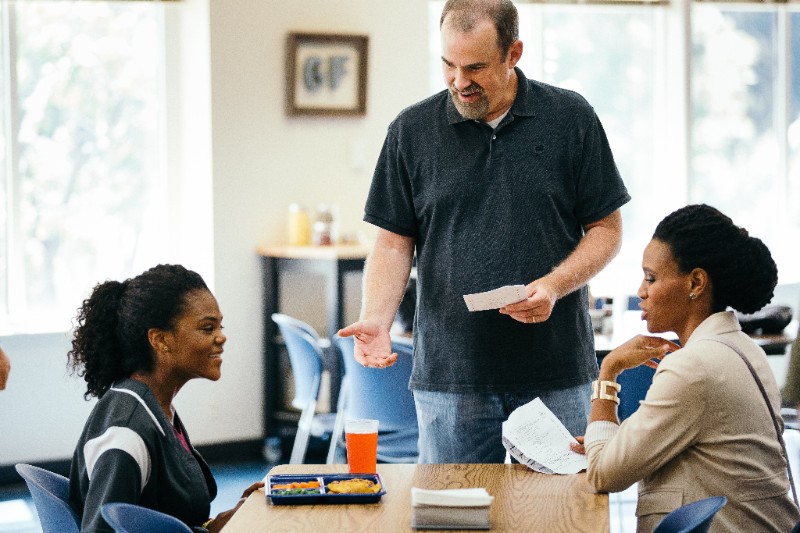 AFFIRM Films, a Sony Pictures Entertainment Inc. (SPE) company, and Provident Films announce that principal photography has concluded for OVERCOMER, an inspirational new sports drama from Alex and Stephen Kendrick, the creators of WAR ROOM. Director Alex Kendrick will once again return in a leading role, along with Shari Rigby (OCTOBER BABY, WILDFLOWER), Priscilla Shirer (WAR ROOM, I CAN ONLY IMAGINE), Cameron Arnett (MEET THE BROWNS, STAND YOUR GROUND) and newcomer Aryn Wright-Thompson. OVERCOMER will release across North America on August 23, 2019.

“OVERCOMER is the next powerful film from Alex and Stephen Kendrick, storytellers who have impacted the lives and hearts of millions of people around the world, had their work translated into over 40 languages and counting, and generated over $150 million in worldwide box office so far. When the Kendrick Brothers start a new film, a lot of people around the world take notice,” said Rich Peluso, Executive Vice President of AFFIRM Films.

Filled with a powerful mix of faith, a twist of humor, and a ton of heart, the Kendrick Brothers return to theaters with OVERCOMER, their newest feature following FACING THE GIANTS, FIREPROOF, COURAGEOUS, and the #1 box-office hit, WAR ROOM.

Life changes overnight for coach John Harrison when his high school basketball team and state championship dreams are crushed under the weight of unexpected news. When the largest manufacturing plant shuts down and hundreds of families leave their town, John questions how he and his family will face an uncertain future. After reluctantly agreeing to coach cross-country, John and his wife, Amy, meet an aspiring athlete who’s pushing her limits on a journey toward discovery. Inspired by the words and prayers of a new-found friend, John becomes the least likely coach helping the least likely runner attempt the impossible in the biggest race of the year.

Opening in theaters across North America on August 23, 2019, OVERCOMER will leave you filled with hope, inspired to dream, and dares you to reevaluate who you think you are.

“We are glad to have filmed this new feature in the charming and beautiful city of Columbus, Georgia. We felt so welcome and truly appreciate the many businesses, schools and loving pastors and churches who came alongside us to support our efforts,” said Stephen Kendrick.

Register to get all the latest news from AFFIRM Films at www.affirmfilmsupdates.com and follow AFFIRM Films on social media at @AFFIRMFilms.

About AFFIRM Films
AFFIRM Films produces, acquires and markets films that inspire, uplift and entertain audiences around the world. Since releasing its first theatrical film—The Kendrick Brothers’ drama FACING THE GIANTS, in 2007, AFFIRM Films has released numerous quality faith-based films including SOUL SURFER, based on the inspirational true story of surfer Bethany Hamilton; WHEN THE GAME STANDS TALL, the sports drama inspired by the story of the De La Salle Spartans; WAR ROOM, which hit No. 1 on the domestic box office chart; RISEN, which followed the epic Biblical story of the Resurrection, as told through the eyes of a non-believer; and was the faith-based marketing partner with Columbia Pictures and TriStar Pictures for their films MIRACLES FRM HEAVEN and the No. 2 faith-based film of all time, HEAVEN IS FOR REAL. AFFIRM Films also released ALL SAINTS in August 2017 and the animated film, THE STAR, in partnership with Sony Pictures Animation and Columbia Pictures, in November 2017.  AFFIRM released PAUL, APOSTLE OF CHRIST on March 23, 2018 and will release the highly anticipated next Kendrick Brothers’ film OVERCOMER on August 23, 2019.  AFFIRM Films is a division of Sony Pictures Worldwide Acquisitions (SPWA), a Sony Pictures Entertainment Inc. (SPE) company. AFFIRMFilms.com