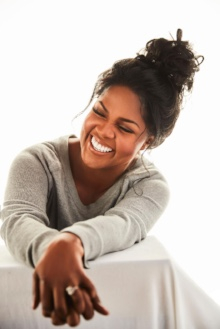 June 28, 2018 – Big Film Factory has released the lyric video for Grammy award-winning gospel artist Cece Winans’ touching version of the song, Beautifully Broken, written by pop artist Plumb and Jenny Slate Lee. The lyric video follows the recent debut of the track, to much critical acclaim. Currently playing on radio stations across the country, the moving song serves as the title track for the upcoming feature film of the same name, Beautifully Broken, in theaters August 24th.  This week, the single has jumped to the top 30 on the MediaBase Charts and the top 20 on the Billboard Charts.

Produced by Big Film Factory, the film Beautifully Broken is about a refugee’s escape, a prisoner’s promise, and a daughter’s painful secret that converge in an inspiring true story of hope. The uplifting message of the film is reflected in the lyrics of the song which speak of becoming whole again no matter the hurt one endures.

“I know a lot of broken people will be healed through this song and that inspires me,” says Cece Winans. “Once I heard it, I felt it had a powerful message so I was honored to record it.”

The song, released through Pure Springs Gospel/D3 Music Group, was produced by Winans’ son Alvin Love III and Grammy Award-winning producer Warryn Campbell, and co-produced by Rodney Jones Jr., and Clyde Duffie. There are two other renditions of the track performed by Grammy-award winning country artist, John Berry, and Dove-award winning pop artist Plumb. Both have been well received with Berry’s reaching #1 on the Christian Country Charts, and Plumb’s hitting #1 on the Christian artist download and streaming charts.

Beautifully Broken has already received glowing reviews from viewers of its advanced screenings. For more information about the film and to view the movie trailer, photos and cast bios, please visit, www.BeautifullyBrokenMovie.com.
Follow the Beautifully Broken film on social media:
Facebook:   https://www.facebook.com/BBrokenMovie/
Twitter and Instagram: @BBrokenMovie