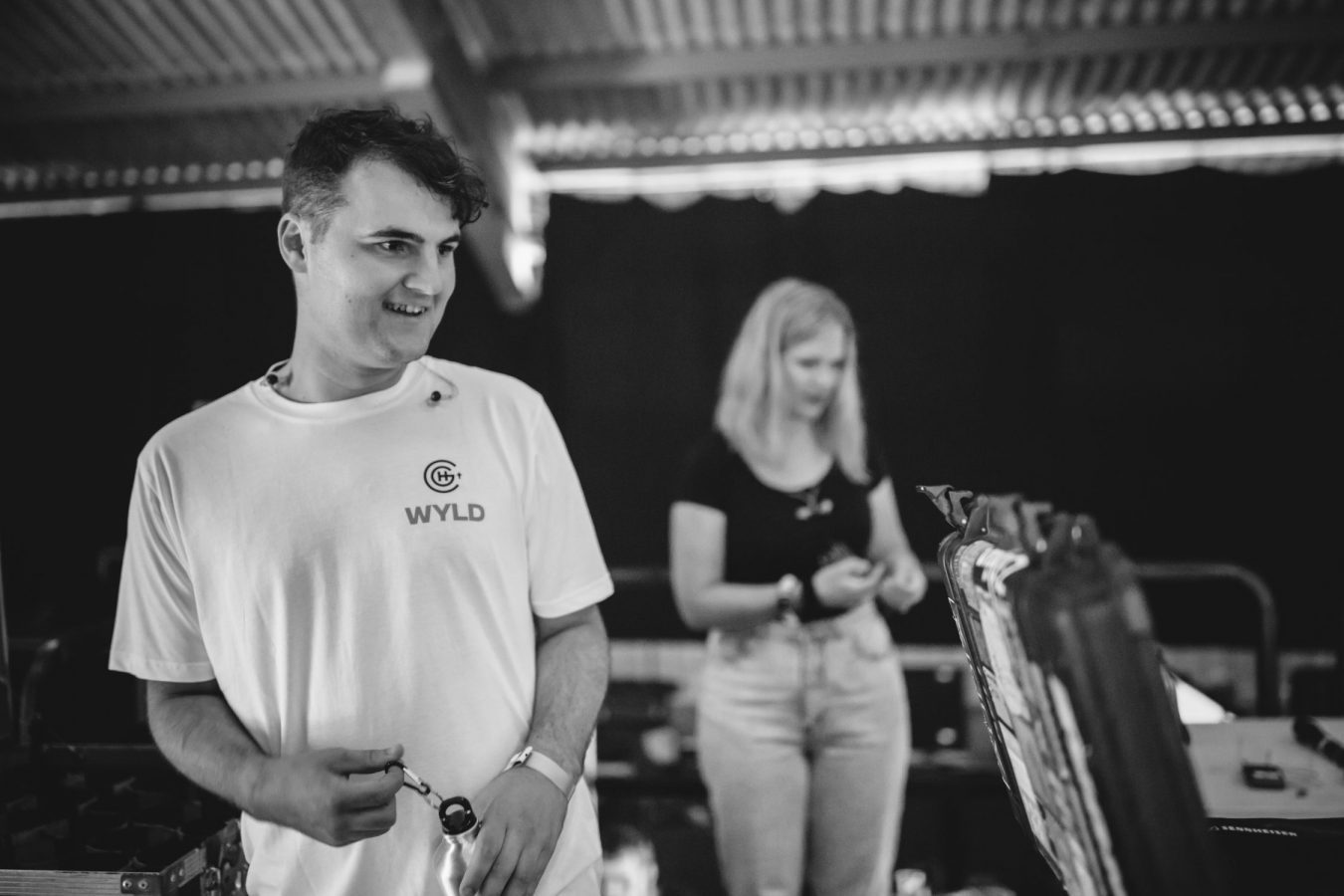 Getting To Know UK Artist WYLD

We recently had the chance to connect with the up-and-coming UK-based electro-pop artist WYLD for a quick interview. Check  it out below and be sure to get plugged in to his social medias below to stay wired into all his latest updates.

[JW] For everyone who hasn’t heard of you before, who is WYLD?

[W] My name is Paul and I run a music project called WYLD. I’m originally from a small island called Guernsey and moved to Manchester 3 years ago to go full time in music

[JW] When did you know you were called to be an artist?

[W] From a young age I always felt like I wanted to do something in music when I was older, I have been drumming since I was 3 so I thought I was going to be doing something around that which I have done over the past few years but I just started making and putting out music a few years ago and it started from there. To be honest I can pinpoint the moment that I got the gift of music production at Soul Survivor 2015 someone said that God was going to give me a new gift and I started to get into music production from that point on. That isn’t to say that I woke up and could just make music like I can now, there has been a lot of investment since.

[JW] How would you best describe your sound?

[JW] What’s the main thing you want to achieve with your music?

[W] Put out what God wants me to

[JW] You started to perform music under the moniker This., why did you change your name to WYLD?

[W] “This.” was a stupid arty name that I thought would be funny when I started and then people started to listen to my stuff and couldn’t find my stuff easily and then I had a few radio people and media people suggest that I change my name so when I joined the Amen Collective that was a great point to change and rebrand.

[JW] You recently performed lived at Creation Fest UK for the first time, how did that go and what can people expect from a WYLD show?

[W] Creation Fest was mad. Seeing people react to something you make for the first time is always interesting but it went how I expected it to go. I’m still a no one in the industry so it was great to intro myself to them. The show is still in its small stages so right now it’s me playing some instruments and a singer on stage, there is a lot of things I would love to integrate and work on so I’m excited where the show can be in a few years time.

[JW] Your new song Take Over with Jake James & Shope just came out, could you share about the message behind that song and how you linked up with those two artists?

[W]  Take Over started by me writing the backing track after hearing Jake James’ Album. I knew I wanted to work with him, his voice and lyrics are crazy, and the way that guy writes melodies is something else. It’s all about who you are in God, letting God take over situations and being okay with that. As humans we love to be in control so trusting in something that you can’t see isn’t easy but is always worth it

[JW] You’ve worked with CASS a fair amount over the past couple of years, how did you originally connect with her and what do you like about working with her?

[JW] I saw recently that you passed a million streams on Spotify, firstly congrats but what does that mean to you?

[W] Not too much, I mean it’s awesome that it’s passed that number and it’s a great line to cross but at the end of the day I have an audience of 1 and that’s all that matters.

[JW] As well as producing your own original music you’re also well known for your remixes, which do you prefer? and what do you enjoy most when doing a remix?

[W] Remixes are a great way of trying out new things for me, I have started to suggest collabing on a track rather than doing remixes as I would much rather spend the time making something new than redoing something old.

[JW] Which artist out there would you say is your biggest inspiration, and which artist would you most like to work with on a track?

[W] The 1975 are my favourite band. I love how bold they are with their sound but also their lyrics. They are self written and produced and write from places that they have been or from situations that they have seen.

[JW] What song or album are you currently obsessed with?

[JW] Which bible verse has had the biggest impact on your life?

[JW] And the most important question of this whole interview, does pineapple belong on a pizza?

[JW] How can our readers be praying for you all over the coming months/year?

[W] I’m getting married next year which is great, just that we would continue to put God first in everything

[JW] Thanks for talking to us today and good luck for your future!