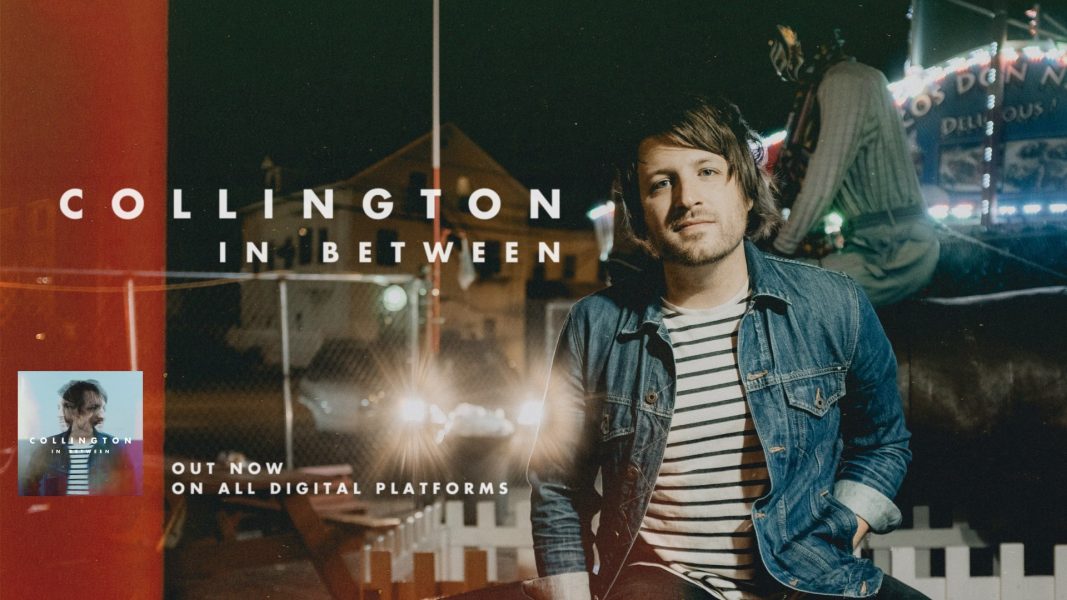 Getting to Know Collington; In Between EP Out Now

Watch below as I get to know Collington! and find out a bit more about his music and newest EP In Between.

On the heels of the successful release “We Swim in Seas that Never Rest” with Aaron Gillespie (Paramore, Underoath), Collington went back to the drawing board to begin writing for what would become the new EP “In Between”.  However, upon returning to his instrument, Collington realized that he became a different person. The artist’s personal journey had lead him down a long road between milestones. In that journey, the songs began to chronicle confusion, doubt and a lack of closure. The styles of the songs that were being created were of a different formula than before. For this release, Collington enlisted producer Eric Owyoung (Jon Foreman, Hillsong United, Future of Forestry) and trusted engineer, Andrew Goldring.

The sum of the work has led to the new capstone release of Collington’s discography. “In Between” hauntingly and spaciously tales a journey from start to end. With the opening lines with “Do you think we can make it out of here?” to the final piece “War” stating, “if it happens any other way, I don’t need to know.” The record still holds true to heartbeat of the artist’s life of perseverance. The endurance of the artist is not just shown in lyrics, but also in EP as a whole. Pushing the artist a step forward in both sonic quality and song writing, the 5 songs are a quality-over-quantity collection of the Collington’s strongest content yet.

“holding fast to virtues of empathetic musings as well as hopeful lyrics…the most mature sounding release to date.” –RELEVANT Magazine

Check out the music video for the new single ‘Here We Go’ below and be sure to get plugged into Collington’s socials, and ours, below to stay wired in to any updates from Collington.