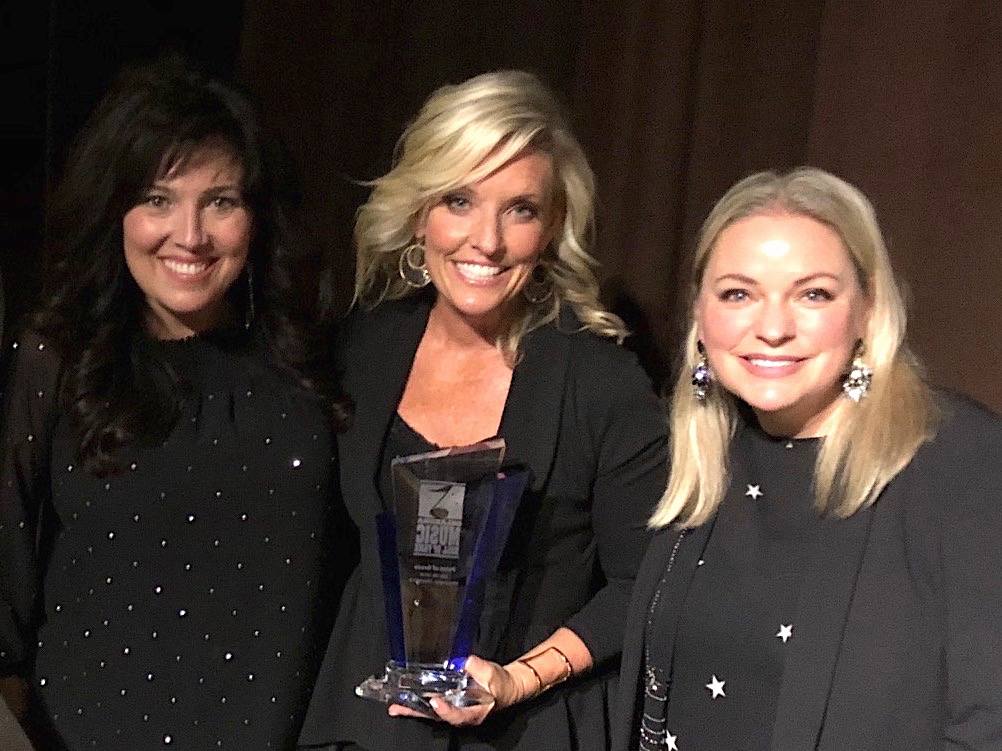 POINT OF GRACE INDUCTED INTO OKLAHOMA MUSIC HALL OF FAME

The Oklahoma Music Hall of Fame’s first-ever genre-specific induction, the 2018 ceremony honored Sooner State natives whose lifetime achievements continue to impact the world of Christian music. Point of Grace, Jernigan and Norful each performed at the event, which was part of the Hall of Fame’s two-day Gospel Fest summer concert series.

“Oklahoma is my home—it’s part of my DNA—so to be inducted into the Oklahoma Music Hall of Fame is beyond anything I would have dared to dream when we recorded our first project over 26 years ago in Oklahoma City,” said Point of Grace’s Denise Jones. “I’m so grateful to the Oklahoma community that has supported us all these years, and having so many of my family members on hand to celebrate this honor with us made it even more special.”

Since its foundation in 1997, the Oklahoma Music Hall of Fame has honored such internationally-renowned Oklahomans as Vince Gill, Carrie Underwood, Merle Haggard, Gene Autry, Sandi Patty and Kristin Chenoweth, among numerous others.

Point of Grace’s soaring melodies and rich harmonies have helped define the sound of contemporary Christian music for more than two decades. The seminal group has sold in excess of 8 million units; garnered two Platinum records; three GRAMMY® nominations; 27 #1 singles and numerous Dove Awards. With a discography including 10 best-selling studio recordings and five Christmas albums, Point of Grace is known for such Christian radio standards as “I’ll Be Believing,” “Keep the Candle Burning,” “Circle of Friends” and “Jesus Will Still Be There.” Comprised of Shelley Breen, Denise Jones and Leigh Cappillino, the group founded the groundbreaking Girls of Grace conference and have authored multiple books. Point of Grace regularly appear on the historic Grand Ole Opry stage.

The iconic trio’s first full-length recording of hymns and worship songs, Beautiful Name, released in April from LifeWay Worship and features 10 fresh arrangements of beloved favorites. Point of Grace is slated to hit the road in November for the “Greatest Hits Live Tour,” joining tour hosts NewSong as well as Avalon, Nicole C. Mullen, Bob Carlisle and Rebecca St. James for and evening of some of the biggest songs in Christian music history. In December, Point of Grace will headline the “Sing Noël Christmas Tour.”