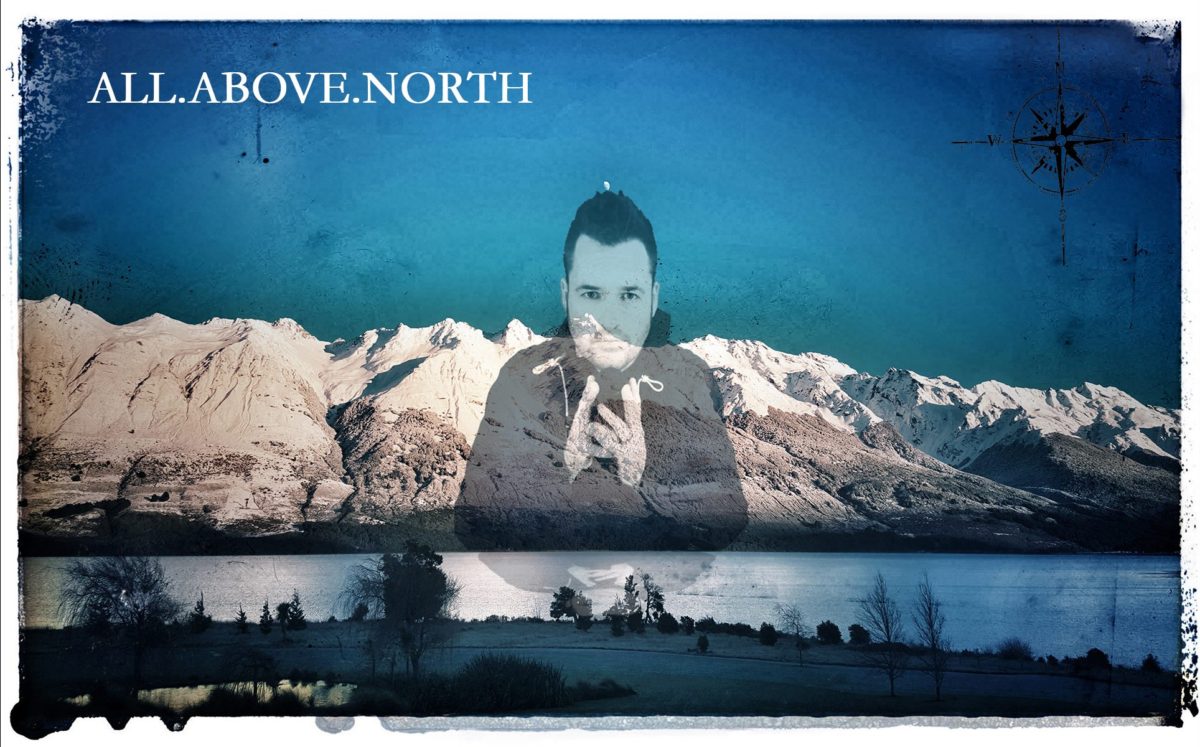 all.above.north is on a mission with debut album How Great It Is To Be Broken

The mission of all.above.north is clear: “By God. For God. All because of God,” and the new solo project from Sydney based musician Jon Tiddy exists to be obedient to God and this call, by sharing life-changing testimony through music. The band name refers to God who “looks down from His holy habitation, from heaven, and blesses His people,” and we see the theme of this divine over-seer throughout all ten tracks of AAN’s debut How Great It Is To Be Broken.

The lead single, “Please Don’t Forget Me” is a melancholy synth driven tune that creates ample space for reflection. The vocals are akin to Nathan Tasker or Downhere, embellishing the song with a laid-back vibe. What makes it unique from your traditional CCM is the indie elements of the track.

Luke Munns (formerly of Hillsong UNITED, LUKAS) has done an incredible job mixing percussion, guitar and backing vocals, which give Tiddy the launch pad to rise above the predictability of pop and engage fully with the lyrics. His repetition of the phrase, “I know you love me,” in falsetto is spine tingling, and communicates an urgency and desperation rarely seen in Christian music.

Combining the guitar driven intensity of modern worship with the track-based sound of up and coming praise bands,  “Your Love,” is both cool and intriguing. Starting up-tempo, it slows for Tiddy’s vocals that once again, shine when he is able to unleash in the chorus with his falsetto.

Like all of AAN’s songs, the lyrics are simple. It relies on practical Biblical truths, and repeats them in a personal way, allowing the listener to fully engage with God free of hype. For this reason, the lyrics, “Your love lights up my life, Reanimates my frozen soul,” stands out for their provocative imagery which is needed to drive the song forwards.

“Oh What A Day” is the indie answer to Tim Hughes’ “Happy Day,” broken up by energy-infused guitars, the vocals are low and predictable in the verses. These match the shame-filled lyrics that open the song, honing in on the pride and fall of every human. Higher electric guitar driven chords give the chorus energy, helping the song communicate abundant joy that the vocals can lack. That being said, you’ve never heard a cooler more John Mayer-ish take on God’s redemption.

This ease follows with “Walk On Water,” and we hear the fullness of Tiddy’s voice for the first time. It communicates a sobering reflection of his own limitations, which are broken down when he turns to the chorus and states the promises and call of God on his life. It is a refreshingly honest song, where the vocals, instruments and track mesh beautifully to capture the angst and pain we often go through to finally find a posture of surrender.

The juxtaposition of “Hope,” comes to the fore from the first chord, because the first verse is filled with lamentations about the brokenness of the world separated from God. The Chorus acts as the opposite side of the coin, pointing towards our infinite hope in God and what he holds for us in Heaven. Electric guitar accentuates the higher tones, nearly forcing lightness through the density of the verses. We also see Tiddy’s falseetto shine here, a welcome return in order to contrast the difference between life and death.

The tempo is taken down with “Father,” and listeners will immediately notice the anxiety communicated through minor chords. Urgency builds with drums, and we hear a raw and honest prayer to God asking for deliverance. Reminiscent of King David’s psalms, AAN is unafraid to dive into the darkness of humanity in order to find God there–something we don’t often see in modern worship music.

The musical accompaniment and lyrics don’t always mesh in this song. There is a messy double beat at the start of lines two, five and seven where Tiddy sings, “Father,” in an experiment that didn’t quit work. But don’t let this sway you from reaching the chorus. Launching into the lyrics, “God, you are my father, Up in Heaven you reign,” you are treated to a soaring melody that sounds like U2.

“Your Love Is Unbreakable,” will have you excited from the get-go. It is a guitar driven, pop-infused song that uses track to create a point of difference for the listener. Another point of difference is the layout of the song. Instead of a traditional four lines per verse, followed by a chorus, this tune is more of a free verse poem. Each verse has 16 lines, which are broken up by the traditional chorus. The verses are honest and compelling without much diversity in the vocals, however the song builds with the use of instrumentation. The chorus is then the highlight, and is a victorious proclamation about the strength of God’s love.

An early 00’s synth tone opens “I Worship You Forever,” which will bring OG church kids nostalgia of Delirious? or early Hillsong.  Based on Psalm 145, it is a declaration of God’s goodness and eternal power. Half way trough, the song goes to silence, making way for part B, where Tiddy repeats his reasons for worshipping God. The change in tempo and soulful tones nearly makes it an entirely different song, however it does accentuate the importance of the lyrics.

“Desert Heart” follows as the most rock infused song of the album. It is an angst filled delivery of the singer’s desperation for God in the desert seasons of life, where verse one and two are nearly a melodic monologue of the inner turmoil we have when we live separate from God. AAN refers back to scripture throughout this, saying, “I was scattered like seed, With thistles and thorns, The way I’d lived, Meant my heart was torn.”

Finishing up with the title track, “How Great It Is To Be Broken,” cuts back from the long melodic introduction to hone in on the greater message of the album. A synth and strings heavy ballad, it compares being set free from sin with having a bone broken and reset. It is here that Tidd sings, “In the same way God’s hand breaks us, So that our sin can be gently carved away.”

While I’m hesitant to endorse the idea of God perpetuating or creating pain which he died to set us free from, the premise that God graciously leads us through pain so we are drawn closer to him is beautiful.

Overall, How Great It Is To Be Broken is a lovingly crafted debut from all.above.north. It combines classic and upcoming trends of contemporary worship, all the while cultivating a unique alternative sound that fans of the top 40 will be drawn to. With a mission to encourage others through personal testimony, it will be exciting to see what stories AAN shares in the future as Tiddy delves into scripture and comes out with honest and worshipful retellings of the faithfulness of God.

Get How Great It Is To Be Broken